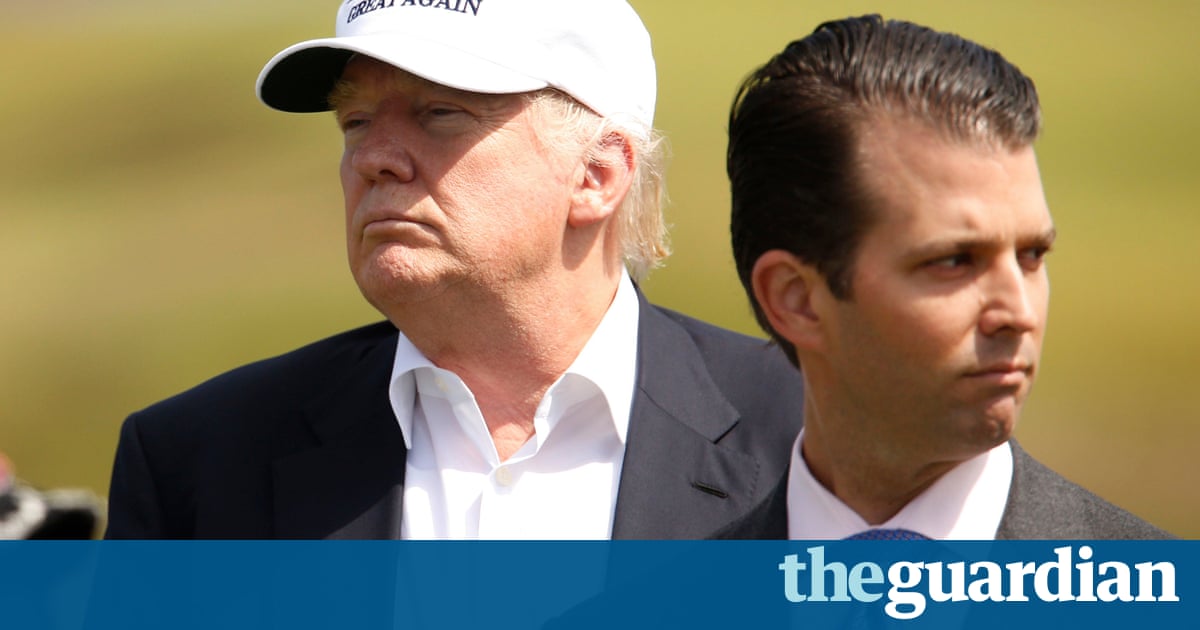 Donald Trumps son, Donald Trump Jr, agreed to meet with a Kremlin-linked lawyer during the 2016 campaign after being promised damaging information about Hillary Clinton, the New York Times reported on Sunday, citing three advisers to the White House.

The Times quoted a statement from Donald Jr in which he acknowledged meeting with Russian lawyer Natalia Veselnitskaya.

After pleasantries were exchanged, the woman stated that she had information that individuals connected to Russia were funding the Democratic National Committee and supporting Ms Clinton, the Times quoted Donald Jr as saying. Clinton was the 2016 Democratic presidential nominee.

Her statements were vague, ambiguous and made no sense. No details or supporting information was provided or even offered. It quickly became clear that she had no meaningful information.

President Trump was not aware of and did not attend the meeting, a spokesman for his legal team said.

Allegations of the Trump campaigns ties to Russia have cast a shadow over Trumps first five months in office, distracting from attempts by his fellow Republicans in Congress to overhaul the US healthcare and tax systems.

The Kremlin has denied US intelligence agencies conclusion that Moscow tried to tilt the election in Trumps favor, using such means as hacking into the emails of senior Democrats. Trump has repeatedly denied any collusion, and has said contradictory things about whether he believes Russia was responsible.

Adam Schiff, the top Democrat on the House intelligence committee, which is conducting one of the current congressional investigations into Russias interference in the election and its possible links to the Trump team, said on Sunday his committee was willing to call Trumps son, Kushner and Manafort, to answer questions about the meeting with Veselnitskaya.

It certainly raises questions for a variety of reasons, said Schiff.

Reuters contributed to this report