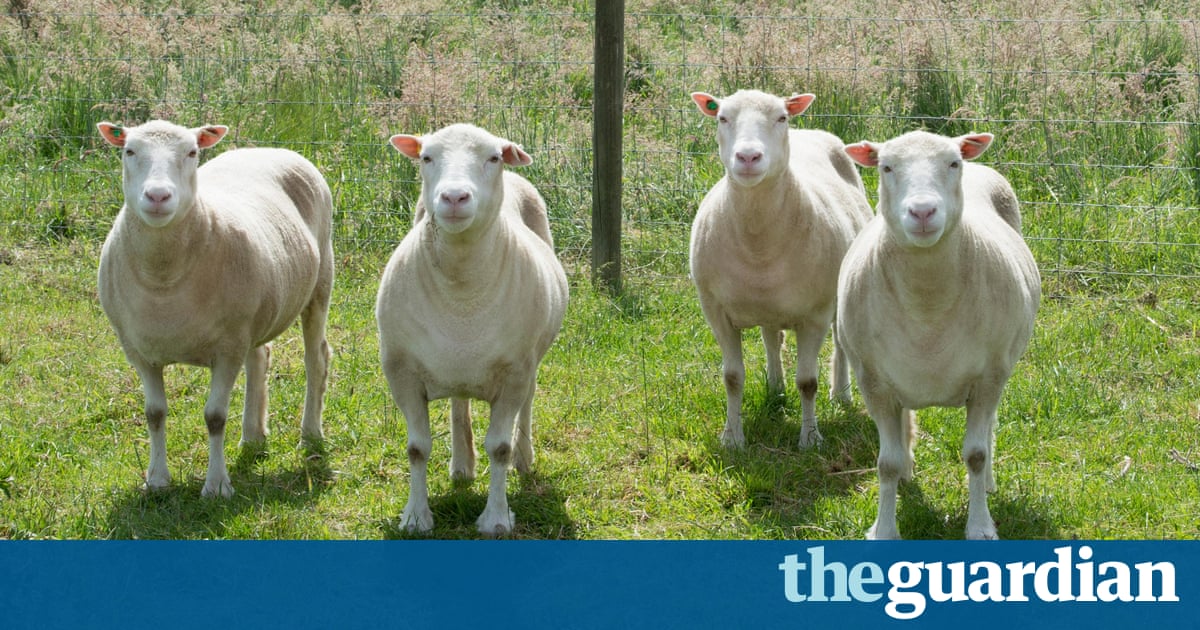 It was one of the most pressing questions on scientists minds when Dolly the sheep was put down at the age of six, perhaps halfway through her expected lifespan. Did the cloning process create animals that aged prematurely?

There were good reasons to fear so. Since clones are made from adult tissue, it was possible that Dolly was biologically older than her years. She suffered from osteoarthritis, a disease of old age, early in her life. And her telomeres, the genetic caps on chromosomes that shrink with age, were shorter than those in other sheep.

Now, twenty years on from Dollys birth, researchers have their clearest answer yet. A battery of tests on a small flock of clones, some of which are copies of Dolly herself, suggest the animals are not destined to grow old before their time. Cloned sheep appear to age no differently to their naturally-conceived cousins, the scientists found.

We are quite confident that if cloning were to accelerate ageing, wed have seen it in this group, said David Gardner, who studied the sheep on a Leicestershire farm owned by the University of Nottingham.

The findings will help to allay concerns that cloned farm animals may be at greater risk of diseases of old age, though the cloning process is still inefficient, and produces high numbers of miscarriages, birth defects and deaths among newborns.

Four of the sheep, Debbie, Denise, Dianna and Daisy, were born in July 2007 after being cloned from the same mammary gland cells used to make Dolly. The other nine were cloned from foetal skin cells between 2006 and 2008. To clone a sheep, the nucleus of a cell taken from one sheep is dropped into another sheeps egg once it has been prepared by removing its own nucleus. The fused egg then grows into an embryo which is transferred into a foster female.

In what amounts to the most detailed health study of old age clones yet, the researchers found that the animals did not have diabetes, high blood pressure or serious joint disease. While some of the sheep had signs of mild osteoarthritis, only Debbie had moderate arthritis in several joints. None of the animals were lame or required treatment, according to a report in the journal, Nature Communications.

All of the tests were conducted last year, and Kevin Sinclair, who led the study at Nottingham, said the animals continued to be fit and well a year on. By and large, these animals are remarkably healthy, he said.

But cloning still has health risks. The procedure leads to more miscarriages and birth defects, and a greater number of clones die soon after birth. Much research in the field is geared to improving the efficiency of cloning to prevent so many animals from being lost. Dolly was put down after she picked up a virus that causes tumours to form in the lungs.

With animal welfare issues in mind, the European parliament voted last year to ban the cloning of farm animals, the sale of cloned livestock, and products derived from them or their offspring. In the US, the situation is very different. The Food and Drugs Administration has ruled that meat and milk from cloned cows, pigs and goats are safe to eat. There, companies clone prize cattle by the hundreds every year.

While the study of Dollys siblings and the other cloned sheep is chiefly relevant to the welfare of cloned farm animals, Sinclair believes the results could reinvigorate interest in cloning as a way to make human stem cells. Perform Dolly-style cloning with a human skin cell, and the resulting embryo carries stem cells that genetically match the patient and can grow into any of their tissues – with potentially huge medical implications.

But in the 20 years since Dolly was born, scientists have found an easier way to make personalised stem cells for patients. So-called induced pluripotent stem cells, or iPS cells, can be made directly from adult skin cells by reprogramming them. They do not require donated human eggs to make them, or for human embryos to be destroyed to harvest the stem cells, making them less controversial.

According to Dusko Ilic, a stem cell scientist at Kings College London, cloning has simply been surpassed by iPS cell technology as a means of making stem cells. Nobody is using nuclear transfer any more, its pass, he said. It is possible, but its technically demanding. With iPS technology, it is easy. The technology is moving so quickly.

Sinclair believes cloning still has a role to play though. There are only two or three labs in the world using this technique, somatic cell nuclear transfer, to clone human embryos with a view to make human stem cells, he said. As a model to study reprogramming and the efficiency of the reprogramming process, its valuable. What this study says is there is a group of cells in these embryos that undergo complete reprogramming.

If iPS technology can be improved, thats going to be easier to accept on ethical grounds because you are not having to destroy human embryos, he added. But I suspect that cloning can still be a very useful research tool.

Jonathan Safran Foer: why we must cut out meat and dairy before dinner to save the planet

Not Everyone on 23andMe Will Get the Latest Gene Chip Updates

Congress Is Debating—Again—Whether Genes Can Be Patented

The 14 things you need to know before you go vegan

Maybe DNA Cant Answer All Our Questions About Heredity