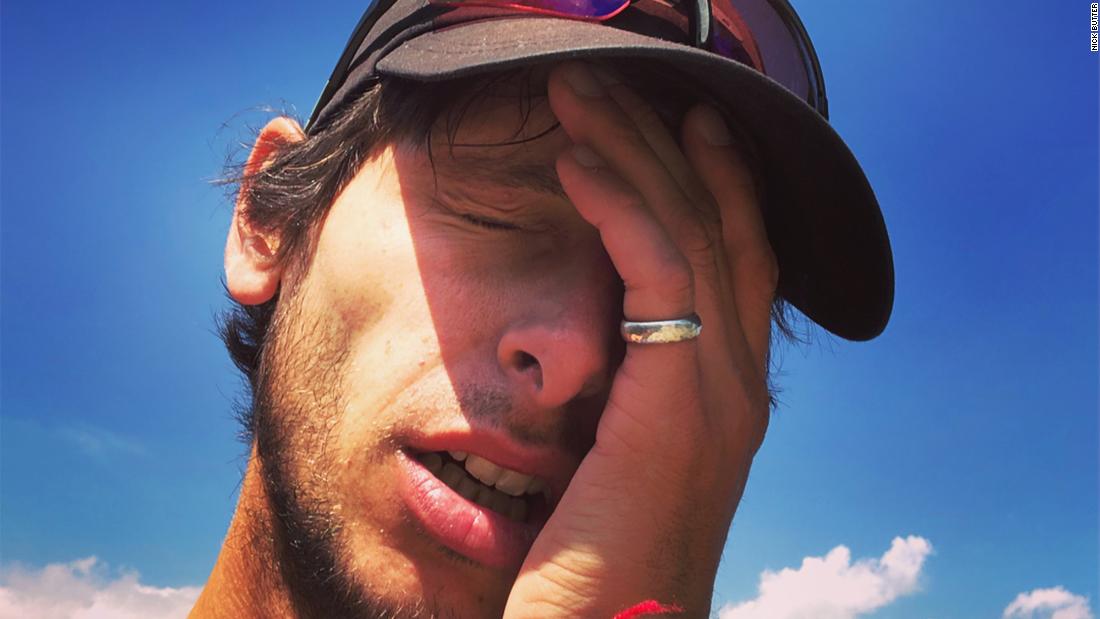 (CNN)Close to 17,000 runners took part in this year’s Athens Marathon, but no one had undertaken a journey to the start line quite like Nick Butter.

What he endured between those two events was enough to crush the spirit of even the most hardened endurance athlete, or to test the nous of the most intrepid explorer.
“How long have we got to talk about the lows of this trip?” 30-year-old Butter muses less than a week after crossing the finish line in Greece.
The numbers behind this unique achievement are remarkable, and Butter can reel them off like a schoolchild reciting multiplication tables.
It involved 455 flights painstakingly booked by his Dad back home in the UK, 120 visas, 10 passports, and 10 million steps of running. He completed 22 marathons with food poisoning, four with a kidney infection, 101 on an empty stomach, and managed 320 days without painkillers.
Visit CNN.com/sport for more news, videos and features
“The lows of the journey were quite extreme,” Butter, who gave up his job as a banker four years ago to plan and complete the record attempt, tells CNN Sport.
“From being attacked and bitten by dogs, to being mugged at knifepoint in Nigeria, to being hit by a car and breaking my elbow. But actually, it was the illnesses that were the real struggles.
“When you’re suffering with food poisoning or a kidney infection, that’s when your body really wants to stop and just say look, I need to recuperate, but I wasn’t able to. In Bangladesh I was feeling really rough … I think I threw up maybe 20 times throughout the run.” 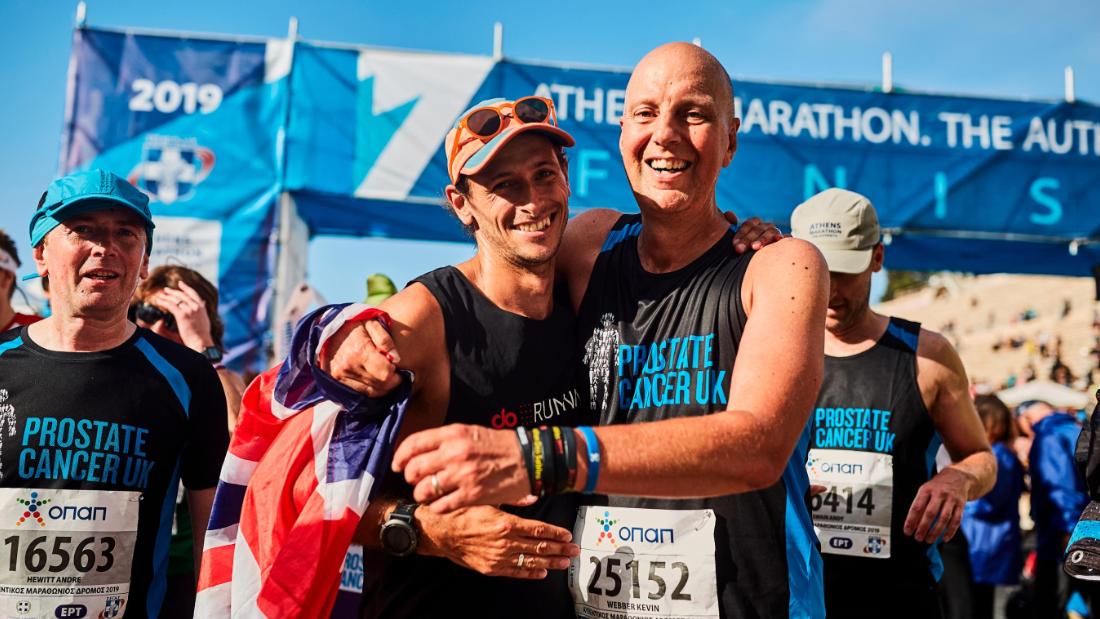 READ: UK man runs marathon in every country in the world

Stomach bugs aside, Butter says the actual running aspect of the challenge was reasonably straightforward, his fitness sustained by running two or three marathons a week.
What was especially difficult was getting from country to country in the required timescale.
View this post on Instagram

“I cannot begin to describe how complicated it is,” says Butter.
“I had so many phone calls with my Dad and he said, ‘Look, I really don’t think we can do this. I don’t think we can link them up in the timeline and with the money that we’ve got.’ There were tantrums and tears and frustrations.
“If you’d asked me three weeks (before the end), do we think we’ll finish in Athens? We were 95% sure we wouldn’t.”

If getting to every country was challenging enough, then finding a scenic route to run upon arriving proved impossible.
Often it was just a matter of running laps over and over again — 82 in Vatican City, 104 in the high commissioner’s compound of the British Embassy in Kingston, Jamaica, and 105 inside a stadium in the Syrian capital Damascus.
But the most laps? A mind-numbing 335 in a hotel carpark on the Pacific nation of the Marshall Islands, where Butter couldn’t escape packs of feral dogs.
View this post on Instagram

“We didn’t plan on dogs being such a problem, but dogs were the bane of my life,” he says. “After a dog bite in Tunisia, I was conscious that if they nipped my Achilles or something, then that is really game over.
“When I checked into my hotel in the Marshall Islands, they gave me my key and a stick and said, ‘If you go outside, you’ll need the stick.’ There’s actually a big diabetes crisis on the island — people don’t walk because it’s so violent with the dogs.
“I was surrounded by these big dogs and I had to turn back and run in the hotel car park, which was about 120 meters, something like that. And it was just round and round and round those 335 laps of the car park. Terrible.”
Butter had identified 15 “problematic” countries before leaving — “anything from Iran, to Afghanistan, to Somalia, to Yemen, to Syria, to Libya” — and he recalls crossing a roadblock on the border of Syria and Lebanon where people had been killed just days before he passed through.
Temperatures ranged wildly — from wearing six layers for his first run in Toronto, to battling 60-degree heat in Kuwait where he drank nine-and-a-half liters of water on his run. 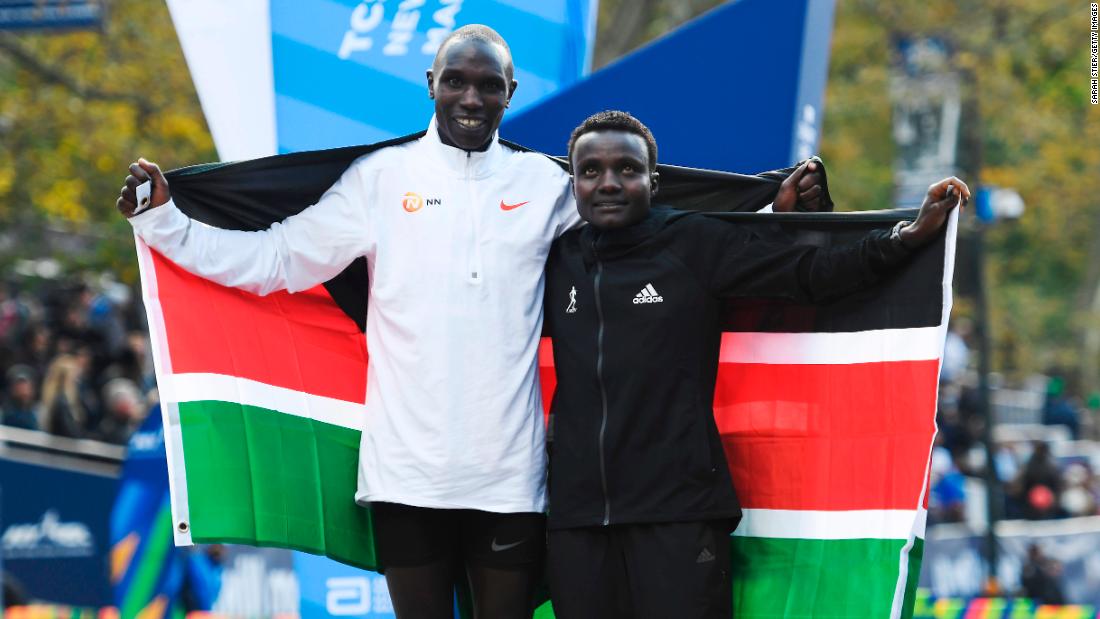 Food was also an issue. Butter says he went 35 days without eating having run a marathon, and calculates he lost 11 kilos in the first two weeks of his African leg, weight he put back on by eating double meals on planes.
“I’m very, very sick of plane food,” he adds.

Aside from sections where he was joined by friends from home, Butter completed much of the journey alone.
View this post on Instagram

But companions were made along the way. Backed by the Ministry of Sport in El Salvador, he was joined by a group of 1,000 people made up of schoolkids and local athletes.
Presidents from nine different countries also ran with him, and over the course of the trip he accumulated 2,500 new contacts on his phone.
Then there’s the friend who inspired the whole journey. Butter crossed the finish line in Athens hand-in-hand with his close friend Kevin, who has terminal prostate cancer.
He’s raised $155,830 (£120,000) for Prostate Cancer UK so far — money that’s going towards a national screening program in the UK — and hopes to reach a target of $325,000 (£250,000).
Now he will embark on a public speaking tour of schools and venues around the UK and Europe. Having sold his house and bought a camper van, he hopes to recount his tales of hardship and all the lessons learned along the way. 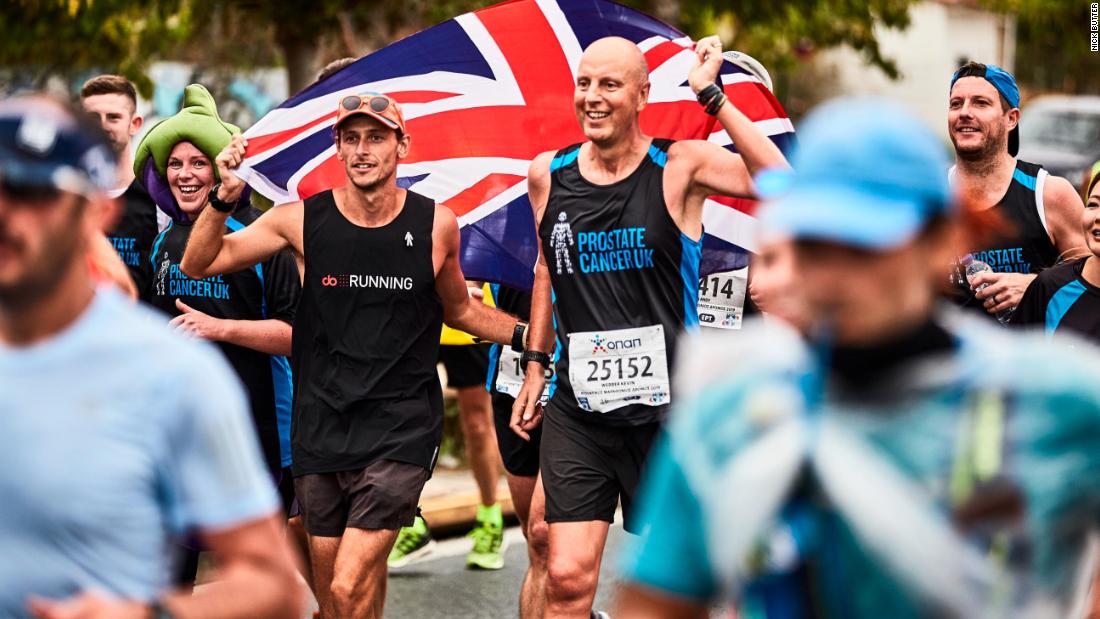 Itching to start running again, Butter also wants to break the 1,000-mile running around Iceland record. Needless to say, he won’t be returning to banking any time soon.
“I have absolutely no desire to go back to working behind a desk of any kind, especially in finance,” he says. “I was very privileged to have that job; I earned some money and I have some brilliant friends from it, but it’s not me.”
Butter’s attempt to be the first person to run a marathon in every country in the world hasn’t been officially ratified yet. He has the travel tickets and recorded run routes to prove it, and plans to submit the paperwork soon.
Not that he minds either way. He’s happy enough just telling the stories of his travels — and has enough of those to last a lifetime.