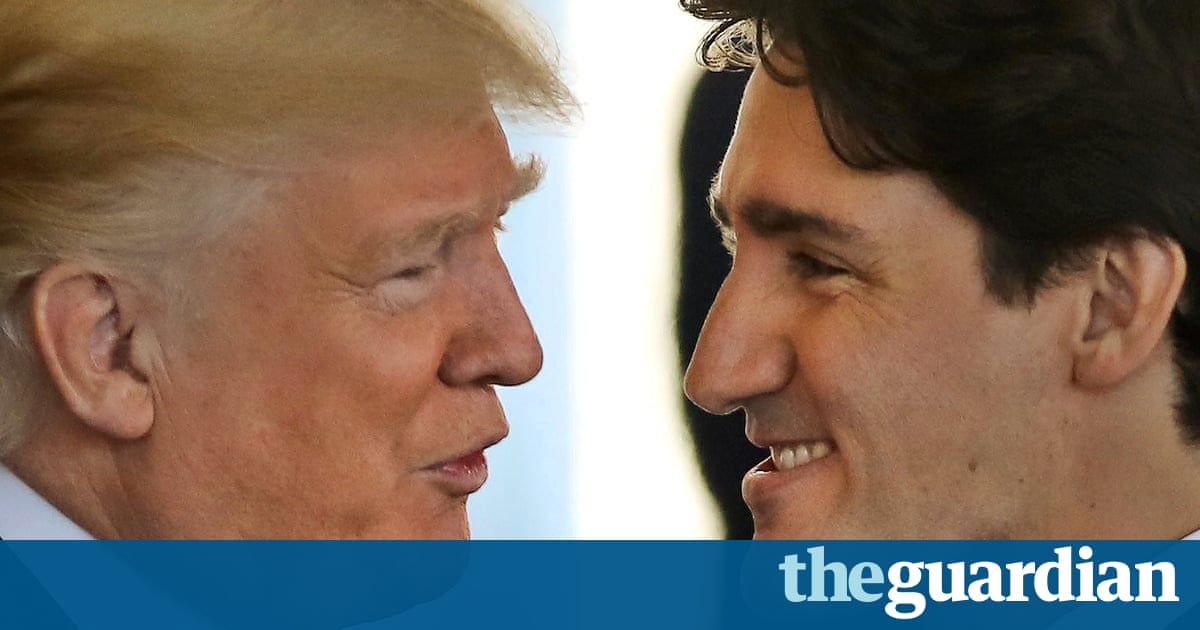 Seeing how Americans perceive Canada is a fascinating spectator sport for Canadians. Long a supporting character in the films of Michael Moore, we have been utopianized as the land with sane gun control, universal healthcare, a more cautious approach to war and no death penalty.

This romance, of course, has only been enhanced given the stark contrast between our two leaders: Justin Trudeau has embraced refugees from the Middle East even greeting them at the airport as they arrived and welcomes free trade while talking up environmental protection. It doesnt hurt that hes ludicrously photogenic.

Meanwhile, you have Donald Trump, who puts ketchup on his steak and describes tremendous pieces of chocolate cake while misidentifying the country he just bombed.

Given those indicators, both profound and seemingly minor, the adoration of Canada and our leader isnt hard to fathom. And as nerves are being rattled by what appears to be a rightwing reactionary virus crisscrossing the planet from Brexit to Le Pen to Erdoan its easy to see why Canadas apparent charms are so seductive.

But while I hate to be the bearer of bad tidings, Canada is not immune to the populist appeals of a right-leaning movement however phony that populism might be.

While Canadas Conservative party was kicked to the curb in the 2015 election they won 99 seats in parliament, compared to the victorious Liberals, who won 184 that outcome was due in no small part to the countrys multiparty system. While it looked like a landslide, the Conservatives won a respectable 31.9% of the popular vote, to the Liberals 39.5%. The next election is still a couple of years away, but the Conservatives can hardly be counted out.

Three of the most talked-about Conservative candidates running in their current leadership race (vote to take place on 27 May) appear to be appealing to base populist instincts, which has led to some movement in the polls.

Kellie Leitch, a cabinet member in the former Conservative government, has argued for a Canadian values test for immigrants and refugees applying for Canadian residency and citizenship. While some of her rivals have criticized her for such a stance suggesting she is appealing to racist fears she has stuck by this policy idea. Canadian values, she has argued, must be protected.

Kevin OLeary, who entered the race somewhat late and has been faulted for not speaking French (an extremely important trait for a federal politician, given the countrys official bilingual status), he has all the bluster and bravado of a purported man of the people.

A regular cast member on reality TV shows (formerly Dragons Den, now Shark Tank), OLeary is a businessman who especially loves taking shots at Trudeau, and made headlines last month when he argued the Conservative leadership race was in fact rigged.

OLeary made some very specific accusations, among them that backroom organizers had used prepaid credit cards to recruit fake members. Leitch tweeted her response, that OLeary was kicking up a fuss without any evidence. You need to put up or shut up Kevin.