Administrations policy allows states to impose work requirements for people on Medicaid, meaning sick and injured Americans have to go to work, no matter what 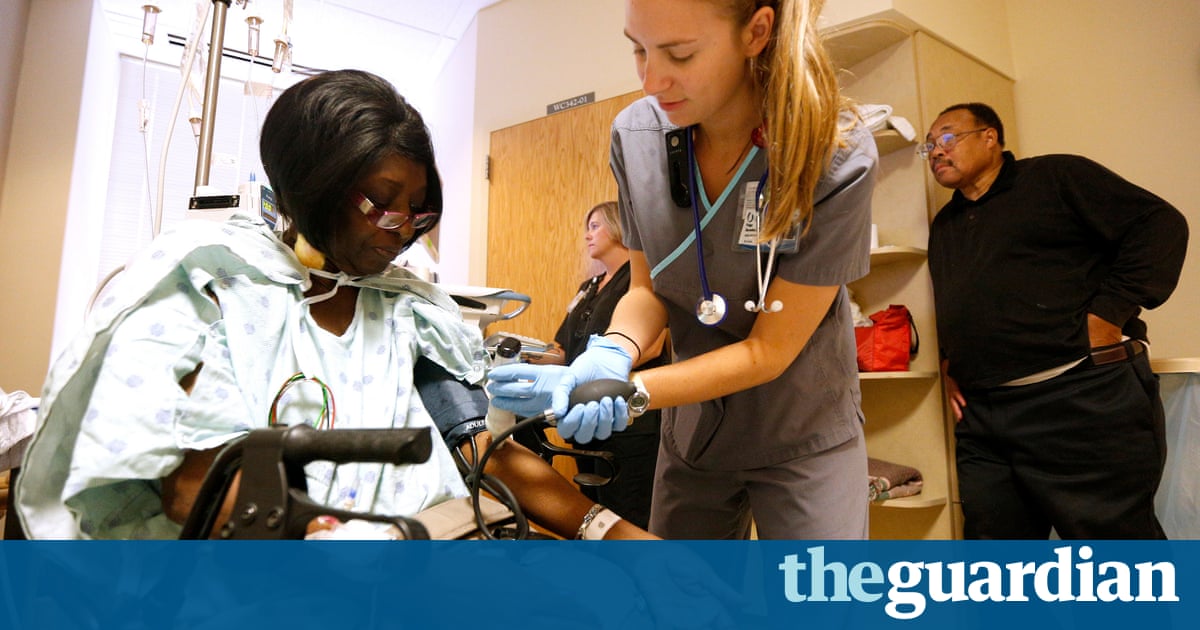 They do their best to make ends meet, but rarely do. Although the vast majority have jobs, most qualify for Medicaid, a public health insurance program which serves 74 million poor and disabled Americans. The program is almost entirely free, and based on need.

This week, the Trump administration announced a new policy that allows states to require Medicaid patients to work.

“I work with Appalachian, salt-of-the-earth, ‘Rah! Rah! America’ individuals,” Leroy said. “To have them clumped into – ‘Well, these people just don’t want to work’ – well, of course they want to work. I have all these working poor people that are making minimum wages.”

When people are required to work to receive healthcare cover, Leroy said: “It’s almost like asking people to work with an anchor tied to their back.”

The politics of welfare are complex. In the 1990s, under Bill Clinton, reforms transformed “pull-yourself-up-by-your-bootstraps” from an ethos to a matter of public policy. Now, the 10 states looking to implement work requirements for Medicaid coverage are all led by Republican governors or legislatures.

The changes allow states to require Medicaid recipients who are not children, elderly, disabled or pregnant to either work or perform “community engagement”, which can include going to school, looking for a job, volunteering or caregiving.

As many as 6.3 million people could lose Medicaid benefits as a result, an analysis by the left-leaning Center for American Progress found. About two-thirds of those individuals are believed to be students or caregivers who may not meet the strict requirements.

States must apply to the federal government to add work requirements, a process which also requires Medicaid beneficiaries to pay a monthly fee for insurance or be locked out. Kentucky’s application has already been approved.

“Kentucky will now lead on this issue,” said Governor Matt Bevin, at a news conference. People on Medicaid, he said, “want the dignity associated with being able to earn and have engagement in the very things they’re receiving”.

“Medicaid needs to be more flexible so that states can best address the needs of this population,” said Seema Verma, head of the US Centers for Medicare & Medicaid Services.

“Our fundamental goal is to make a positive and lasting difference in the health and wellness of our beneficiaries, and today’s announcement is a step in that direction.”

Before joining the Trump administration, Verma worked with then Indiana governor Mike Pence in an attempt to add work requirements to Medicaid. She also designed such a program in Kentucky.

Leroy believes the new requirement will largely have one effect on his practice: adding a new layer of paperwork.

“They have to go to work no matter what, no matter their sick[ness]: diabetes or complications of chronic obstructive pulmonary disorder, afflictions they have no ability to overcome,” he said.

“To say, you still have to go to work – it’s a requirement – there seems to be something just basically not right. Fundamentally not right.”