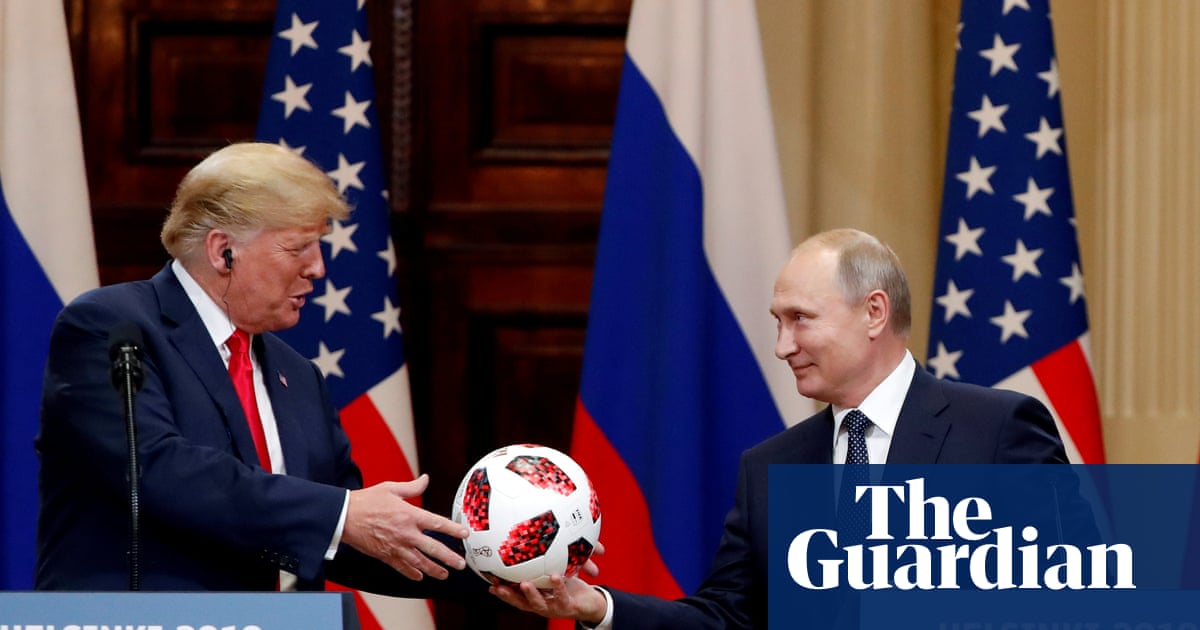 Donald Trump began the week facing accusations of treason over his embrace of Vladimir Putin. He ended it with a middle finger to his many critics by inviting the Russian autocrat to the White House.

The defiant gesture illustrated Trump’s confidence that he had weathered yet another political storm. While opponents had briefly hoped that what they saw as his disastrous showing alongside Putin in Helsinki would be the breaking point for his presidency, for American conservatives it appears to be business as usual.

Some 79% of Republicans approved of his handling of the Russian president at the post-summit press conference, according to an Axios/ SurveyMonkey poll of 2,100 people. An even higher share, 85%, think the justice department investigation into Russia’s meddling in US elections is a distraction.

“You’ve got to really examine the flyover states,” said Anthony Scaramucci, the former White House communications director. “They couldn’t care less about what happened in Russia. They love this guy, they think this guy’s for them. These are low information emotional voters and they like what they see in the president. They think he’s working for them.”

The pattern follows earlier Trump crises where it was assumed that he would haemorrhage support. During the 2016 presidential election campaign, the release of an Access Hollywood video in which he boasted about groping women caused a Republican backlash, but a month later he was elected. A year ago he drew moral equivalence between white supremacists and antiracist activists, prompting an uproar, but again his base was unshaken.

The Teflon president has also survived allegations of infidelity with the pornographic film actor Stormy Daniels; a policy that separated immigrant parents from their children at the Mexican border; and endless scandals over falsehoods, conflicts of interest and racially divisive rhetoric. What did not kill him made him stronger. In Helsinki, however, the risks were unusually high.

After talks with only interpreters present that lasted more than two hours, Trump and Putin appeared together at the podium. Asked about his own intelligence agencies’ finding that Russia hacked the 2016 election, the US president declared: “I don’t see any reason why it would be. I have great confidence in my intelligence people, but I will tell you that President Putin was extremely strong and powerful in his denial today.”

With that, Trump, presented with a football by Putin a day after the World Cup final in Moscow, scored one of the most spectacular own goals ever seen on a global stage.

There were predictable rebukes from the former CIA director John Brennan (“It was nothing short of treasonous”) and Senator John McCain (“No prior president has ever abased himself more abjectly before a tyrant”). But this time there were also brickbats from Trump’s own side. The former House speaker Newt Gingrich called it “the most serious mistake of his presidency”, Scaramucci urged him to “reverse course immediately” and there were even dissenting voices on the Fox News channel and in the editorial pages of the Wall Street Journal.

For a moment, it seemed this debacle might be different from all the rest. Senator Bob Corker of Tennessee, a frequent Trump critic, tweeted: “The dam is finally breaking. Thankfully.”

But the concession appeared to do the trick, just as similar cleanup operations did for the Access Hollywood tape, Charlottesville and the border separations, granting willing Republicans a licence to return to the fold. Gingrich attacked the “hysteria” of leftwing critics and predicted that the Helsinki press conference will be seen as a mere “aberration”.

Scaramucci, for his part, said: “I was happy to see him walk it back. True friends tell you when you have food in your teeth and when there’s a stain on your shirt. I think he’s actually going now in the right direction and I’ll predict they’ll get the comms team more message discipline going forward.”

Emboldened by the sense that the immediate crisis had passed, the White House announced on Thursday that Trump was offering Putin an invitation to Washington to continue their discussions. Coats, informed of the news during an onstage interview in Colorado, responded with visible surprise: “Say that again? Did I hear that? OK. That is going to be special.”

There is little reason to believe that a Putin sequel will be a deal breaker for rank and file Republicans. While the conventional wisdom on Monday held that Trump was “Putin’s puppet”, many Americans were consuming a different narrative. The Fox News host Sean Hannity told the president in an interview that night: “You were very strong at the end of that press conference.” The show had about 4 million viewers, well ahead of other cable news networks.

Henry Olsen, a senior fellow at the Ethics and Public Policy Center thinktank in Washington, said: “Walking it back has not satisfied those listening closely but will be enough for his supporters. The average voter does not pay attention to the back and forth. It takes something major to break through.

“By and large, people are willing to give him the benefit of the doubt because of the relentless negativity that’s been around him for 18 months. The steady drumbeat of anti-Trump news has largely numbed Republicans who are still with him. When minor things are said to be an indication of his unfitness office, major things don’t have that much effect.”

Privately, many Republicans on Capitol Hill are said to be mortified by Trump’s diplomatic blundering; publicly, however, they are beholden to the grassroots and speaking out against him is seen as electoral suicide. Christian evangelicals, for example, have kept their eyes firmly on the prize of the supreme court and the promise of reversing abortion rights, irrespective of their unlikely champion’s personal failings.

Indeed, even if special counsel Robert Mueller produces evidence of collusion between Trump and Russia, it might not be terminal in the current hyperpartisan climate. Not everyone thinks that Putin’s meddling in the 2016 election was necessarily a bad thing. “I’ll try not to sound too awful, but I want to thank the Russians for interfering with our election to stop Hillary Clinton from becoming president,” said one caller to the C-Span network during Monday’s summit.

White nationalists and neo-nazis have expressed admiration for Putin, casting him as a defender of western civilisation. Many Trump voters, however, seemingly regard the Russian leader with indifference and regard the danger he poses as overblown by politicians and the media.

Olsen, the author of The Working Class Republican, said: “There are very few Trump supporters who are really proto-fascists. I do think that there is a blue collar segment who do not see Putin as an existential threat and don’t see why America should have to keeping paying for Europe’s security. So in that sense they have sympathy with his argument, but there’s almost no one in the Trump coalition who regards Putin as a role model.”

The dam has not yet broken after all.