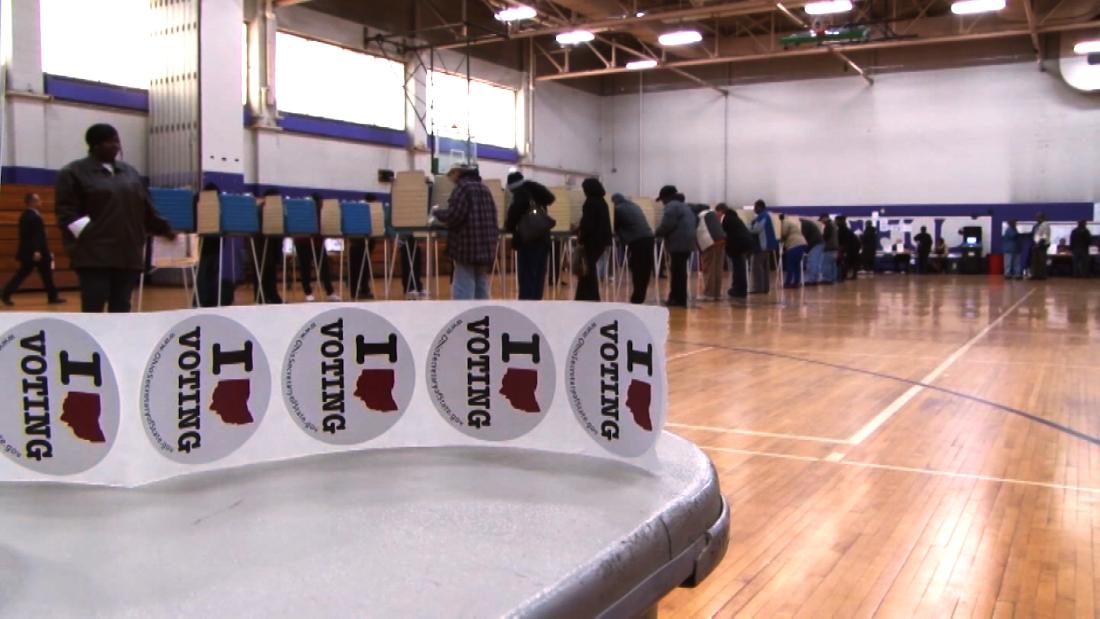 Washington (CNN)New state laws make voting more difficult for minorities and the Justice Department has done less to challenge those discriminatory laws since the Supreme Court struck down a core element of the 1965 Voting Rights Act five years ago, the federal Commission on Civil Rights said in a report issued Wednesday.

It highlighted laws approved by Republican-dominated legislatures in Texas, which imposed the nation’s strictest voter ID requirement, and North Carolina, which implemented a voter ID law that also eliminated registration options and limited early voting, as particularly glaring examples that disproportionately affect minorities.
The commission issued a series of recommendations, including calling on Congress to enact a law that would “provide a streamlined remedy to review certain changes with known risks of discrimination before they take effect — not after potentially tainted elections.”
The eight-member commission, established in 1957, comprises Democrats, Republicans and independents appointed by Presidents Barack Obama and George W. Bush and members of both parties in the House and Senate. Wednesday’s report, with recommendations endorsed unanimously by its members, is the commission’s most comprehensive on voting access since 1981.
The commission said in the report that at least 23 states have enacted “newly restrictive statewide voter laws” since the Shelby County v. Holder decision, with moves like closing polling places, cutting early voting, purging voter rolls and imposing voter ID laws.
It found that 61 lawsuits have been filed challenging states’ voting laws under Section 2 of the Voting Rights Act — which bans discriminatory election laws — but only four of those were filed by the Justice Department, and none since President Donald Trump took office.
CNN has reached out to the Justice Department for comment.
Citizens in many states “continue to suffer significant, and profoundly unequal, limitations on their ability to vote,” said Catherine Lhamon, the commission’s chair.
“That stark reality denigrates our democracy and diminishes our ideals,” she said. “This level of ongoing discrimination confirms what was true before 1965, when the Voting Rights Act became law, and has remained true since 1965: Americans need strong and effective federal protections to guarantee that ours is a real democracy.”
Rep. Terri Sewell, D-Alabama, said on Twitter that the findings are “alarming,” noting that the commission found “aggressive efforts to limit voting for minority voters, disabled voters” and those with limited English-language skills.
“Take a moment to read it — then demand a democracy where all Americans have a fair voice,” Sewell tweeted.