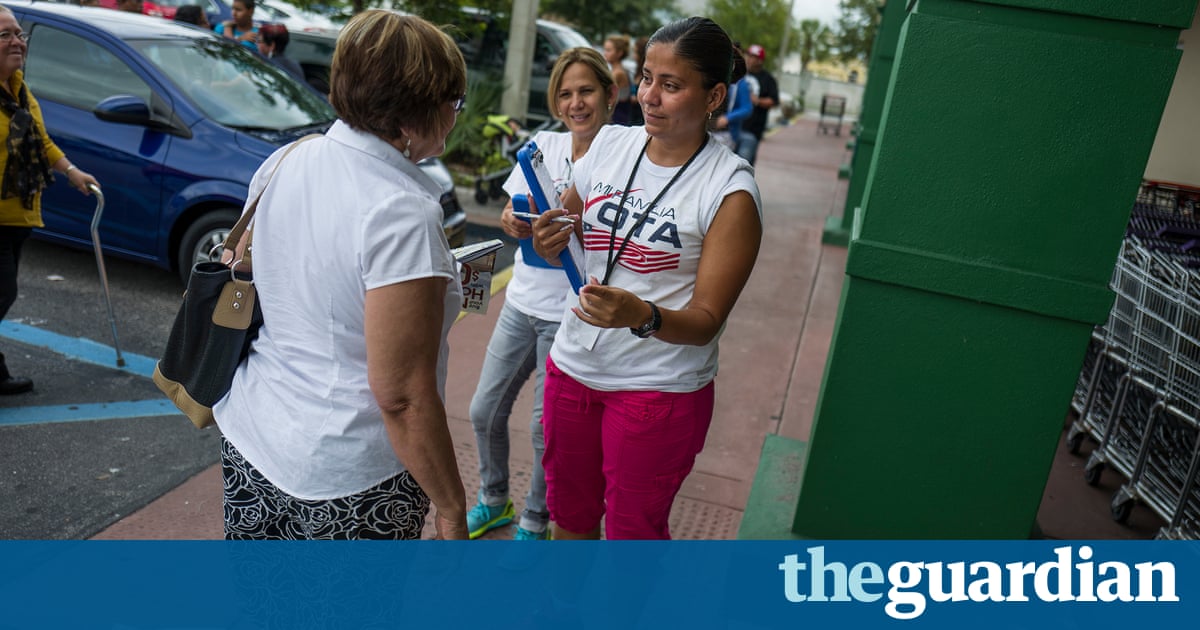 Polls and punditry predicted a Latino surge would clinch Hillary Clintons election but now the question is whether Latinos helped put Donald Trump in the White House.

Exit polls suggest 29% voted for the Republican a higher margin than Mitt Romney won in 2012 and perhaps enough to have tipped the scales in battleground states.

That possibility sent analysts scrambling on Wednesday to plumb the numbers and ponder the psyche of an ethnic minority which Trump was deemed to have insulted and provoked.

CNNs exit poll found that 65% of Latinos voted for Clinton while 29% cast their votes for Trump. In 2012 Barack Obama won 71% of the Latino vote and Romney won 27%.

The number crunching site FiveThirtyEight said this may have tilted Floridas 29 electoral college votes into the column of a candidate who called Mexican immigrants rapists and vowed to deport millions of undocumented people. Trumps margin among Latino voters in Florida, though thinner than it has been for Republican candidates in past races, likely helped him win that critical state.

However Latino Decisions, a leader in Latino political opinion research, disputes CNNs exit poll and thinks a Latino surge did in fact happen.

We think it was 79% for Clinton and 18% for Trump, Matt Barreto, the firms co-founder, told the Guardian. We think theres a 0% chance that Trump did better than Romney in 2012. His negative numbers were through the roof. It was very strong for Clinton and turnout was higher.

These results, if confirmed, would broadly match pre-election polls by Latino Decisions, NBC, Univision, Telemundo and the Washington Post.