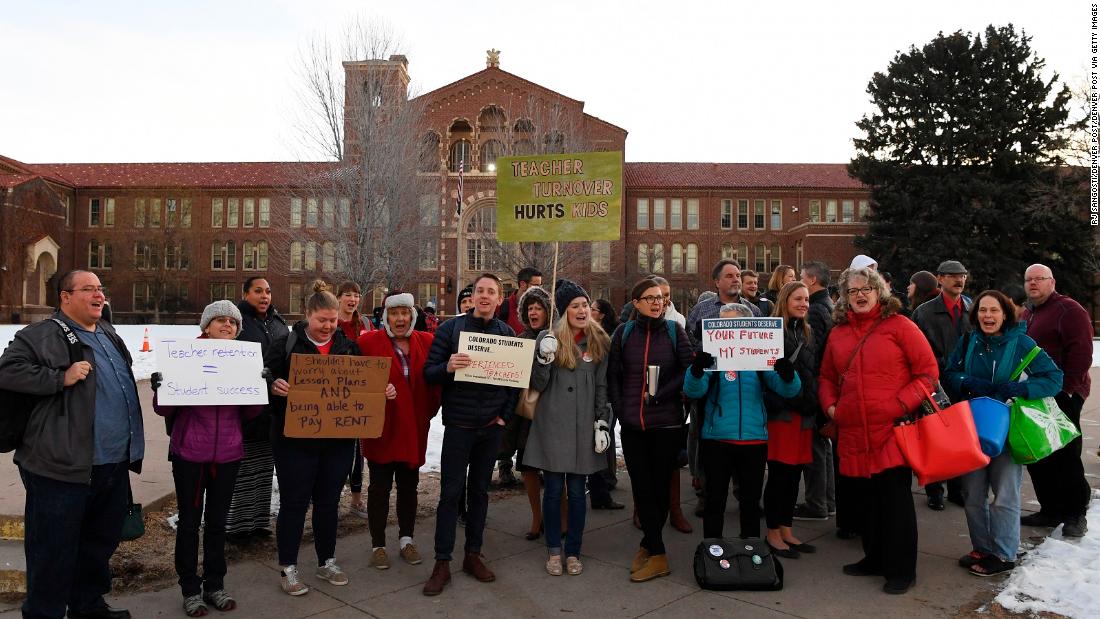 Denver (CNN)Denver teachers plan to strike on Monday, the Denver Classroom Teachers Association said on Wednesday. However, Colorado’s governor said both sides are close to a deal and he hopes to avert the strike.

Polis said he also supported the decision by the Colorado Department of Labor and Employment not to intervene in the labor dispute.
The two sides have reached agreements on several points, such as additional money for hard-to-fill positions, but several areas of disagreements remain, including teacher salaries, according to the the governor. Negotiations are expected to continue, both sides said.
The Denver Classroom Teachers Association, which has nearly 3,000 members, had been negotiating with the Denver Public Schools for 14 months to overhaul the district’s compensation system, which the union said is tied to the city’s teacher turnover rate.
“We want to make sure the district gets serious about fixing this problem, even if it means we have to strike,” DCTA President Henry Roman said Wednesday at a rally referring to the turnover. “We do this for the future of our profession, for the future of public education in Denver and for the future of our students.”
According to the DCTA union, 31% of Denver teachers have been working at their school for three years or less.
Last month, 93% of the members of the Denver Classroom Teachers Association approved a strike after negotiations with the school district failed.
The union said its proposal could be funded if some of the $4 million designated annually for administrator bonuses was invested in teacher salaries.
Denver Public Schools said it is “committed to doing everything in our power to prevent a strike.”
“In negotiations, DPS added $26.5 million to teacher pay, including an average 10% salary increase for teachers next year, as we worked to find common ground,” the school district said.
DPS said the union also made some concessions, reducing its demands by $2.6 million. 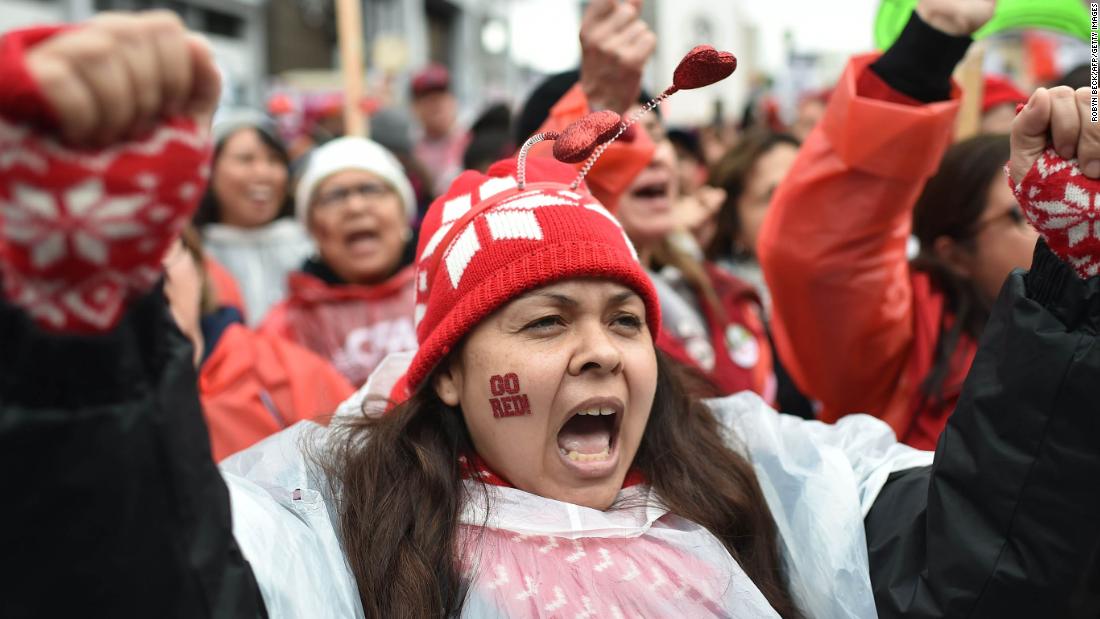 Denver Public Schools Superintendent Susana Cordova said the district wants to reach an agreement before Monday but is preparing for a possible strike.
If there’s a strike, the district would not be able to offer early childhood classes because of the licensing requirements, training and background checks required for those educators. Thousands of students would be affected.
“It’s just another motivator, frankly for me, to get a deal before we are looking at Monday morning, and not being able to offer classrooms to our early childhood students,” she told reporters.
Lori Gates, a Denver elementary school teacher, said she attended many of the negotiations and rallies and tried to listen to both sides.
“I’m an optimist,” she said. “But no, I don’t think [the talks] will go anywhere.”
She added: “I don’t see them moving closer on the pay schedule.”
Gates, who started teaching in Denver four years ago, said she was forced to pick a second job during the school year and in the summer to make ends meet. She has worked as a server for catering company, an assistant at a corporate event company and a private tutor.
Gates said she lives “in fear of not having enough money.”
“Anything extra … I have to think about whether or not I can afford it,” she said.