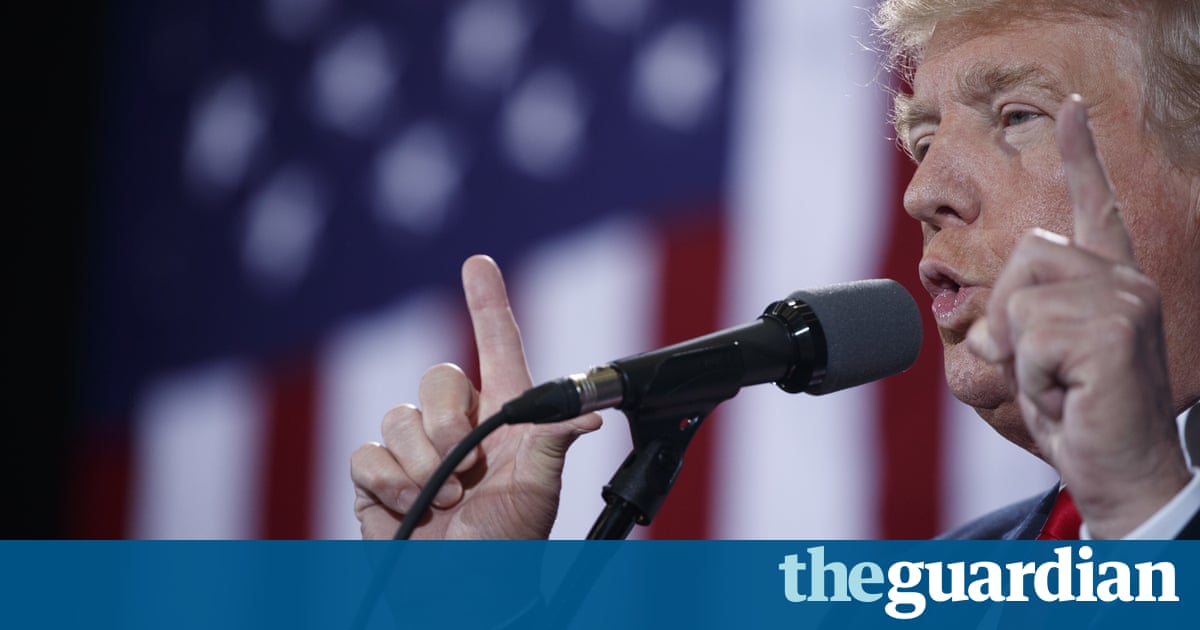 Democratic party officials in four swing states have sought federal court injunctions against the Trump campaign and its affiliates, alleging they plan to intimidate minority voters on election day.

The lawsuits argue that the Trump campaign, along with the nominees close confidant Roger Stone and state Republican party officials, is conspiring to threaten, intimidate, and thereby prevent minority voters in urban neighborhoods from voting, citing Trumps continuing efforts to recruit election observers and Stones plans, as revealed by the Guardian, to conduct unorthodox exit polling on election day, as evidence of potentially virulent harassment.

The lawsuits follow another legal action taken in federal court in New Jersey last week by the Democratic National Committee, which argues that the Republican National Committee is in violation of a 1982 consent decree that forbids the organisation from monitoring polls on election day.

Stone told the Guardian last week his group Stop The Steal planned to conduct exit polling in nine major cities in swing states, ostensibly to counter election theft and gauge the accuracy of electronic voting machines. But a number of polling and election law experts cast doubts on the methodology and suggested the process could be a smokescreen for voter intimidation.

For months, Donald Trump has warned supporters of a rigged election and encouraged them to monitor polling areas in cities such as St Louis, Chicago and Philadelphia. The lawsuits, filed by state Democratic parties in Ohio, Pennsylvania, Arizona and Nevada, would cover many of the cities Stone said he intended to target.

The filings argue that such efforts, along with Trumps rhetoric, could violate both the Voting Rights Act of 1965, which outlawed discriminatory voting practices in the American south, and the Ku Klux Klan Act of 1871, which outlawed intimidation against African American voters.

Election law experts said it was unclear whether courts would issue a broad order, as requested in the filings, to simply prevent voter intimidation, but they could look in more detail at the temporary restraining order requested against Stones exit polling.

It could be useful in getting the word out about these activities, and secondly getting the [Republican state] parties and [Trump] campaign on record saying they will not engage in these activities, said Rick Hasen, an election law expert at the University of California whose Election Law blog first reported the lawsuits on Monday.

The Republican National Committee has been under a consent decree since the 1981 gubernatorial election in New Jersey, when the group sent armed off-duty law enforcement officers to patrol polls in minority neighborhoods. These volunteers wore armbands that identified them as an unofficial Ballot Security Task Force and erected posters warning against voter fraud.

The RNC last week said claims it was now in violation of the consent decree, set to expire at the start of 2017, were completely meritless.

Stones exit pollers, self-titled vote protectors, had originally planned to use similar non-official identification badges, until these were removed from the organisations website late last week. The organisation is still encouraging its volunteers to livestream video from polling stations.

In an emailed statement, Stone dismissed the lawsuits as without merit and argued the lawyers who filed them could face sanctions. The former Richard Nixon adviser said the polling was not being coordinated with the Trump campaign or the RNC.

We seek only to determine if the election is honestly and fairly conducted and to provide an evidentiary basis for a challenge to the election if thats not the case, Stone said.

I assume the purpose of this bogus lawsuit is to distract from the voter fraud the Democrats have traditionally engaged in.

The Guardian contacted the Trump campaign and the Clinton campaigns general legal counsel for a response to the recent lawsuits and is awaiting a response.