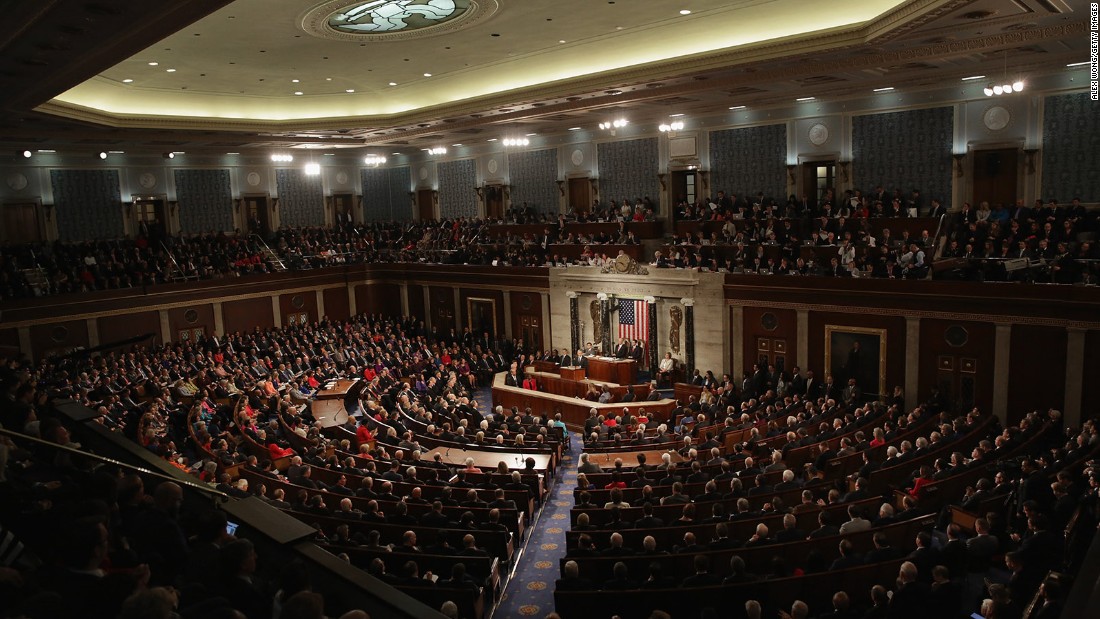 Washington (CNN)Multiple Democratic members of Congress have announced their intentions to bring immigrants with them to President Donald Trump’s speech on Tuesday.

The State of the Union-style speech from Trump will be his first joint congressional address, and follows a campaign during which he railed against undocumented immigrants from Mexico and his administration’s more recent moves to step up deportations. Members of Congress, as well as the President, often invite particular guests to these speeches either to make a political statement or recognize their constituents.
But with the outpouring of anger from the Democratic side over Trump’s rhetoric and policies, immigrants and Muslim-Americans will make a statement through their presence in the House chamber as Trump attempts to rally lawmakers around his agenda.
Rep. Nydia Velazquez, a Democrat from New York, announced Monday that she had invited Hameed Darweesh to the event. Darweesh is an immigrant from Iraq who was detained at John F. Kennedy International Airport in New York in early January because of Trump’s executive order suspending the refugee program and temporarily restricting travel from seven Muslim-majority countries. He assisted US forces in Iraq and relocated to the US on a special immigrant visa with his family just as Trump was beginning his presidency.
Darweesh was among the first immigrants revealed to be detained under Trump’s executive order and was part of a class-action lawsuit that led to a temporary block of the order. A federal judge in Washington later stayed the order pending an argument on the merits, a decision that was affirmed by the 9th Circuit Court of Appeals.
Velazquez and fellow New York Democratic Rep. Jerrold Nadler went to the airport when Darweesh and others were detained and escorted him out of the airport and into the United States upon his release.
And in a display of unity following a highly publicized and tightly contested race to lead the Democratic National Committee, Rep. Keith Ellison announced Monday he would attend the speech with DNC Chairman Tom Perez, the former labor secretary under Obama who defeated Ellison for the spot and then named the congressman deputy DNC chair.
A statement from Congressional Hispanic Caucus Chairwoman Rep. Michelle Lujan Grisham on Monday said 10 of the caucus’ members, including Velazquez, invited people who had been or could be personally affected by Trump’s policies. The statement said that among them were two children of recently deported immigrants and a green card holder from Sudan, one of the countries covered by Trump’s travel restrictions.
Rep. Luis Gutirrez, an Illinois Democrat and member of the caucus, said his guest would be an immigration attorney who is the daughter of Palestinian refugees. He pledged not to praise a single one of Trump’s comments.
“This year, I do not plan to applaud this President or leap to my feet to give him a standing ovation — even in the unlikely event he says something I agree with,” Gutirrez wrote.
Illinois Sen. Dick Durbin, a member of Democratic leadership, announced on Monday he would host Aaima Sayed during the address. Sayed is an “American-Muslim Dreamer” and medical student who was granted legal status under the Deferred Action for Childhood Arrivals (DACA) program instituted by former President Barack Obama, a statement from Durbin’s office said.
Although some people who were granted legal status under DACA have been deported under Trump, he has not made any changes to the program yet. At his press conference earlier this month, Trump said: “We’re going to show great heart. DACA is a very, very difficult subject.”
Sen. Tammy Baldwin, a Wisconsin Democrat, said she will attend the speech with a steelworker from her state, while Sen. Steve Daines, a Montana Republican, said he was bringing his state’s attorney general, who he touted as having battled Obama-era regulations.
Pennsylvania Democratic Sen. Bob Casey said he would bring someone concerned about potential changes to Medicaid. A statement said the guest would be a Marine veteran who has Parkinson’s disease and a daughter with Down syndrome.