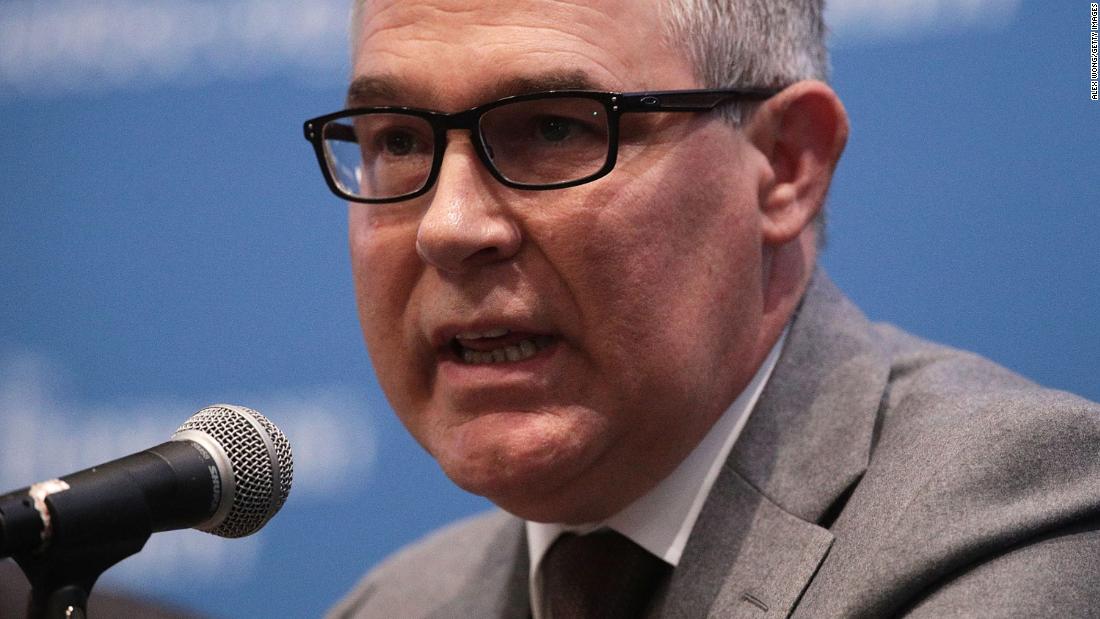 RELATED: Trump embraces his impulses in ever-chaotic Oval Office
The letter referenced Cummings’ investigation into the “improper air travel,” and sent letters to 25 agencies requesting documents on the matter.
“Many agencies — including the White House — have refused to provide the information that our Committee has requested to conduct our investigation, and without subpoenas, we cannot effectively investigate this matter,” the letter said.
The EPA handed documents to Congress that show new travel expenses from Pruitt, totaling some $68,000 in hotel stays and air travel, The Washington Post reported earlier this month. The EPA justified the travel spending as necessary to ensure Pruitt’s security.
The House Democrats’ continued: “The extensive use of noncommercial aircraft by multiple members of the Trump Administration is disrespectful to the American taxpayers who foot the bill for these expenses. It is unacceptable that the White House and several agencies have refused to provide our Committee with the documents we need to conduct our oversight responsibilities.”
Pruitt has also been facing criticism for renting a room in a condo from Vicki and Steven Hart, lobbyists whose firm has lobbied the EPA on behalf of an Oklahoma energy company, ABC News and Bloomberg reported. His daughter also reportedly lived there while she was interning in Washington.
In the Senate, Democrat Sheldon Whitehouse of Rhode Island sent a letter to the EPA’s inspector general requesting he investigate Pruitt’s living situation in Washington.
“Whether Mr. Pruitt and his daughter paid market rate is one of several questions important to determining whether the living arrangement constituted a gift from a lobbyist — a potential violation of ethics rules,” he wrote in the letter. “I request that you initiate an investigation into the appropriateness of Mr. Pruitt’s living arrangement.”
Responding to reports about Pruitt’s living situation, EPA spokesman Jahan Wilcox said in a statement, “From advocating to leave the Paris Accord, working to repeal Obama’s Clean Power Plan and WOTUS, and cleaning up toxic Superfund sites that have been languishing for decades, Administrator Pruitt is focused on advancing President Trump’s agenda of regulatory certainty and environmental stewardship.”
Also in the Senate, Democratic Sen. Ed Markey tweeted that he and some of his Democratic colleagues want answers from Pruitt on meetings he had with oil and auto industry executives.
“My colleagues and I demand answers as to how @EPAScottPruitt came to the disastrous conclusion to gut the critical fuel economy emissions standards,” he tweeted Tuesday. “We want to know every meeting Pruitt had with the oil industry and auto industry that dealt with this subject.”
Markey’s letter came the same day Pruitt announced that the EPA would be reevaluating the agencies emissions standards, telling automakers standards set by the previous administration, “were inappropriate and should be revised.”