Three simple words that shook the internet but where did they come from? Arwa Mahdawi goes inside Team Hillary to get to the bottom of the election cycles most swaggering putdown 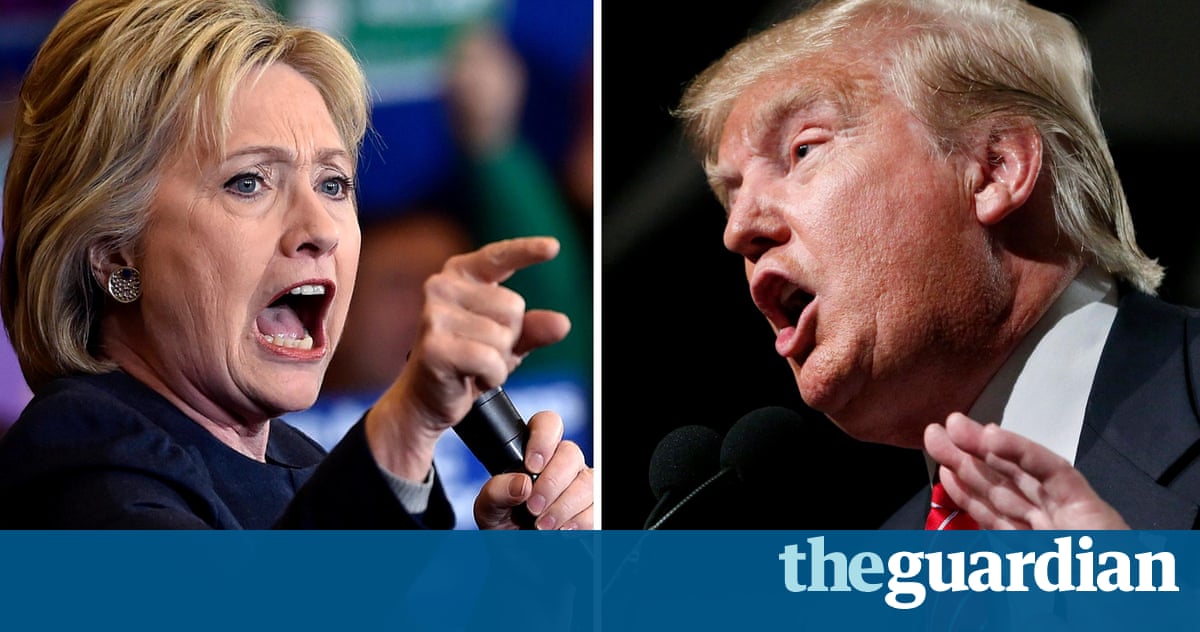 At 2.26pm ET on Thursday, all seemed normal on Twitters western front. Timelines were the usual cacophony of rage, outrage and promoted brand content. Then, a minute later, @HillaryClinton sent @realDonaldTrump a tweet that changed campaign history and herstory forever.

As Delete Your Account ricocheted around the world, precocious toddlers looked up at their parents with wide, woke eyes. Mommy, will the ladys strategic shade cast a tangible shadow on the orange mans presidential chances? I dont know baby, but lemme post your question on Facebook quickly so everyone can see how cute you are.

According to time stamps, five whole minutes passed between Trumps remark and Hillarys response. So what happened in between? Sources close to the matter have provided us with a minute-by-minute reconstruction of the making of that tweet. Here is the (unverified) account:

Hundreds of interns sat crouched over their MacBooks at Clinton campaign HQ when, suddenly, the door burst open and Lynn, the 19-year-old senior vice-president of internal affairs, strode in. The real Donalds gone too far this time, she announced. We need a Good Tweet.

The interns gasped. They had waited months for this moment. Lynn continued:

Not just any tweet. One that effortlessly obliterates him; that demonstrates his opinions are so puerile theyre not even worthy of a retort. At the same time we need to show millennials that we understand technology and can engage with them in an internet-fluent vernacular.

She paused for breath.

Now. We have a team going through our Good Tweet Playbook which contains 137,00 pre-drafted tweets, each of which has undergone extensive quantitative and qualitative testing with select focus groups. We have a team running risk-benefit analyses for each option now, modeling them against the latest poll results. However, I also want new ideas. Youve got two minutes. Go.

At a secret bunker in a classified location, HRC and her vice-president of dank memes looked down at a glass-encased red button. The Burn Button, whispered Hillary. I always thought it was an urban myth, but its real. Her VP put a cautious hand on her shoulder. Consider this carefully, maam. Press that button and it will unleash a weapon of mass disstruction.

Weve developed an AI robot trained to craft and deploy killer putdowns, she continued. But once we activate the Burn Bot, theres no going back. We will enter a phase of mutually assured disstruction. Trump will retaliate. Levels of insult-inanity will rise and everyone will die.

Back in the war room, Lynn collected fresh tweets from the intern army.

Ive got one, said intern 75. Trump is a chump. How do dat bois tweets make you feel? Tell us in 3 emojis or less.

The war room fell so silent one could hear a pin-sized drone drop. A chill filled the air. When were you born? Lynn asked intern 75. 1985, replied the shaking 31-year-old. Get her out, said Lynn.

She surveyed the room. If you were born before 1990, please leave now. This is a critical moment and we cant have adults interfering.

I knew it! intern 112 whispered to intern 114 as 113 sheepishly picked up her stuff and left. She was really bad at Snapchat.

Hillary placed her hand on the Burn Button. Was this the moment to unleash the WMD? Was she willing to risk it all for the burn of her career? I have said publicly no option should be off the table, she said to no one in particular, but I will have to take this off the table. She turned away.

At the Oval Office, Barack Obama sat with the head of the NSA. The two were in deep conversation. Look, Ive gone and endorsed her now, I need to make sure her tweets dont let me down, he said. I cant have Trump insult me, and then have Clinton reply with something about emojis. So, I think we should do it. We have to hack her Twitter account and burn Trump in a way that drops the mic for once and for all.

Back in her office, Hillary was writing a speech when her phone buzzed. It was Bill, wondering what to do with an email account of his that might be a problem later in the race.

Hillary put on her sunglasses and started to reply: D-E-L-E… until her finger slipped and Delete Your Account sent as a tweet instead of a text.

You replied to Trump?! she exclaimed in disbelief. I thought I was going to take care of that and youd organize the speech for tomorrow? Hillary, not entirely sure what Lynn meant, shrugged nonchalantly. Well, you got yourself a presidential candidate who can do both.