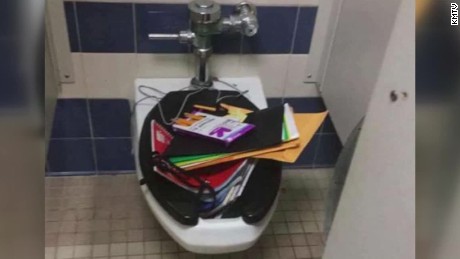 (CNN)A pair of high school students probably thought they got the best of a fellow student who’s deaf. Instead they ended up bringing him a world of support.

Alex Hernandez, a Nebraska high school senior, has been deaf since he was a baby. During a lunch period at school, someone took his backpack and dumped its contents in a toilet. The photo of his ditched belongings: school supplies, homework, a debit card, and his cochlear implant battery — which he needs in order to hear — went viral.
And security cameras revealed two male students walked off his bag.
But this is where Alex’s story gets much better.
A couple of his teachers replaced his ruined notebooks. And other classmates came together to raise money for him.
Hernandez told CNN affiliate KMTV that he’s also received support from people all over the country since his story was went viral.
“I wanted to thank all of my friends and those who wrote me for supporting me,” he said. “I am very happy. It made me feel like I am not alone.” 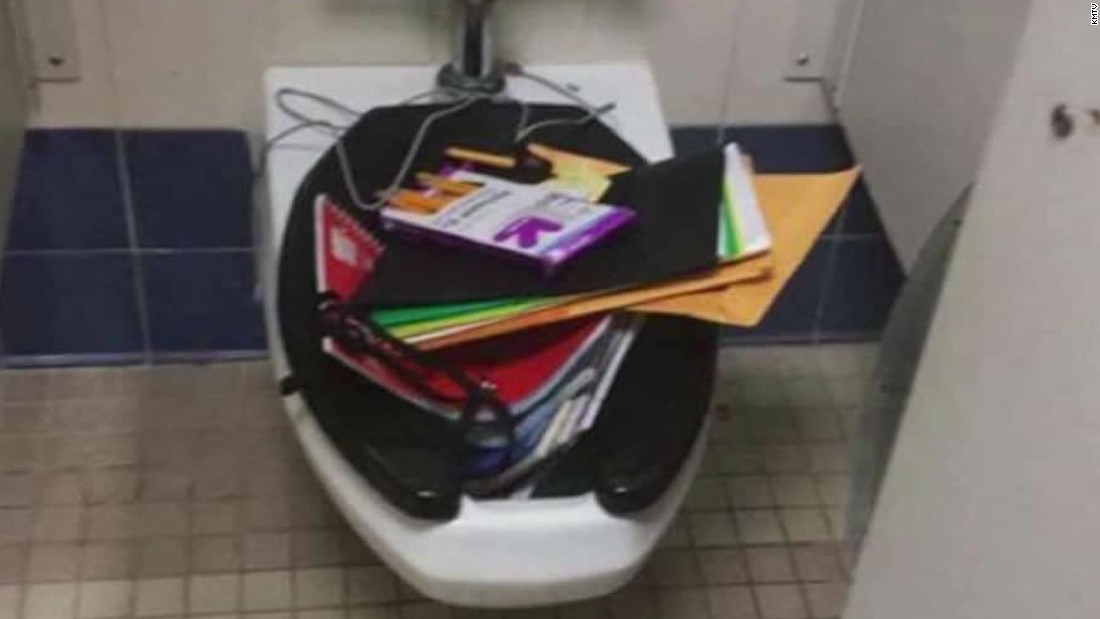 Hernandez said many of the people who wrote him are also deaf.
“They said they felt sorry for me and had me in their prayers. They said (they) were here supporting me, and they know how it feels like to be deaf.”

Hernandez said he’s been through years of bullying and jokes because of his disability.
“Those students think it’s okay to bully a deaf student, but it’s not. It’s not okay to bully someone who is disabled, deaf or hard of hearing,” Alex said. “Or anyone for that matter.”
Alex’s mother told CNN that while her son doesn’t have any physical scars from the incident, it’s still a hurtful thing to go through.
“It’s bullying, it’s hard. The school says it’s not bullying … but to me, that’s bullying,” said Alex’s mom, who didn’t want to be identified. She’s now working to get her son transferred to another school.

The two students who took Alex’s backpack have been identified and disciplined, Omaha Public Schools said. The students said they didn’t know Alex was deaf.
The school district told CNN it was in “isolated incident.”
“It involved theft of property that was later discarded, captured on photo by students and shared on social media,” a statement said. “Interviews with the students involved revealed they did not know each other.”