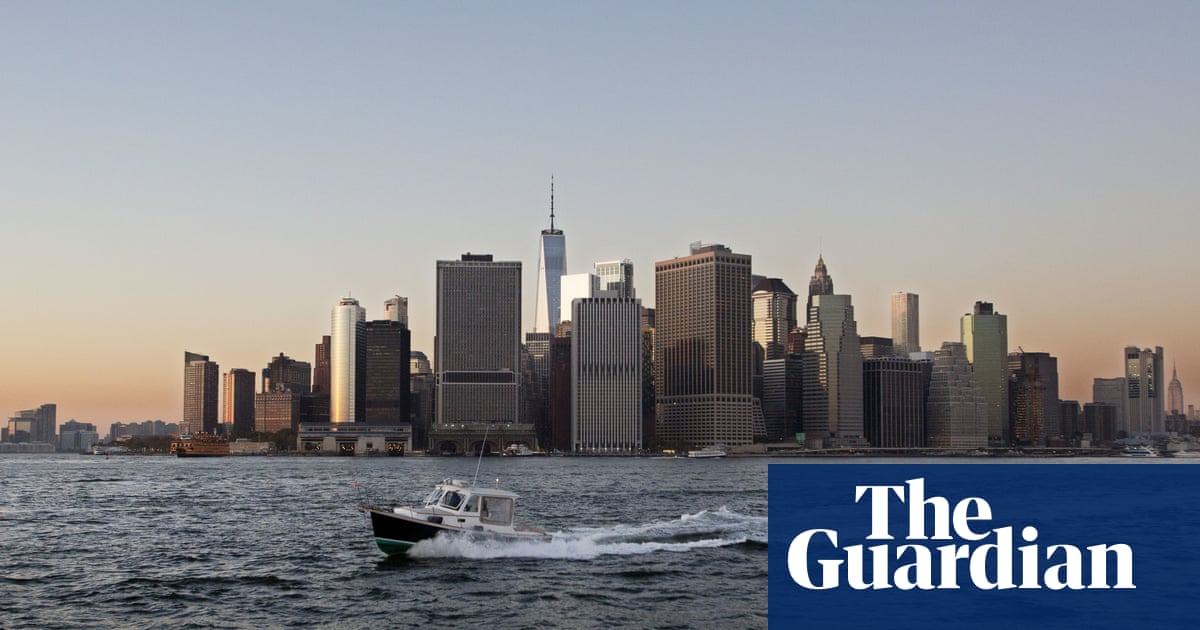 Bill de Blasio, the mayor of New York, has announced a radical plan to meet the “existential threat” of climate change by constructing a new section of Manhattan , extending hundreds of feet out into the narrow East river, in order to protect Wall Street and other downtown areas.

Plans to fund the scheme, however, are far from firm.

He said the project, which would cost an estimated $10bn, will aim to be funded partly by private development “if federal funds are not available”.

Officials have been developing schemes to fortify New York’s waterfront since Superstorm Sandy destroyed thousands of homes and businesses, and took more than 50 lives in the city, in 2012.

De Blasio said it will cost about $500m to fortify most of lower Manhattan from future effects of climate change, including rising sea levels and intense precipitation, by providing grassy berms and removable barriers.

But planners determined that protecting the lowest-lying area, including South Street Seaport and the adjacent financial district at the tip of Manhattan, will require adding more land over several years.

De Blasio, who is contemplating joining the crowded field of 2020 Democratic presidential candidates, said the $10bn landfill project should be supported by federal funds, but that’s unlikely to happen during the administration of Donald Trump.

“Lower Manhattan is one of the core centers of the American economy,” he said. “It’s where the financial capital of the United States is. The security of lower Manhattan should be a national priority. The fact is it is not. And it’s incomprehensible to me that there’s no sense of urgency from the federal government,” he said.

The plan to extend the coastline will go through the city’s environmental review process, De Blasio said, but he hopes to avoid “the endless dragging on that usually accompanies something of this scale”.

De Blasio admitted that the Trump administration is unlikely to support dishing out money for the plan. A new president could bring possibility, especially if the Green New Deal is passed, he said.

But the prospect of private development on the newly built land is expected to meet resistance from downtown Manhattan community members.

City council member Margaret Chin, who represents the area, said a more resilient plan to combat climate change “cannot be paid for by private real estate development that would destroy the waterfront neighborhoods that we are trying to protect”.

He said a study undertaken by his office and others has determined that if the city does not prepare for climate change, rising seas will expose 20% of lower Manhattan to daily flooding by 2100.

“This is the existential threat,” De Blasio said. “This is the core issue we all must face as aggressively as humanly possible.”

Efforts to protect New York from the next big storm have been studied for years. Existing initiatives, like stone revetments and solar-powered streetlights in flood-prone areas, have already been implemented across the city.

Lower Manhattan has been the subject of much attention. In 2014, the city adopted the “Big U” – a plan to flood-proof lower Manhattan through measures such as storm barriers along walkways and elevated green spaces.

Some New Yorkers were skeptical that the proposal represented the best use of the city’s resources in light of other problems the city faces.

Mackenzie Montagna, a 24-year-old Battery Park City resident, said she doesn’t trust the plan because other similar projects have been “just a waste of money”. She said: “They could’ve instead focused on other issues we have like subway improvement.”