The media mogul reportedly met with prosecutors as part of the inquiry into Donald Trumps ex-lawyer, Michael Cohen 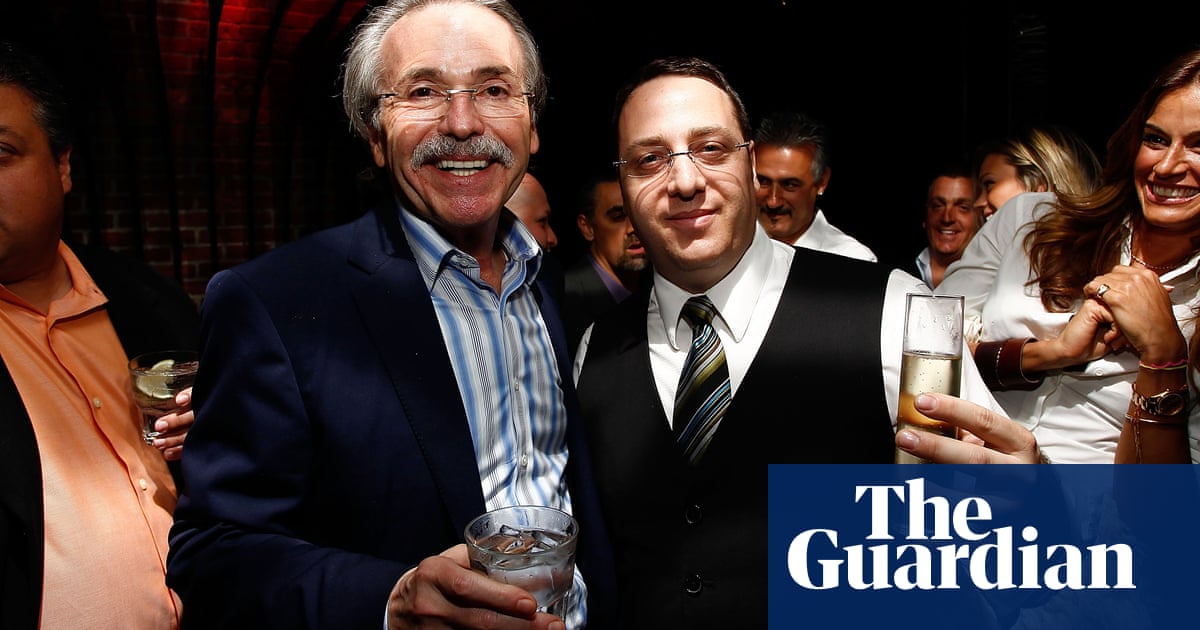 David Pecker, chief executive of the company that publishes the National Enquirer, the tabloid magazine involved in hush-money deals to women ahead of the 2016 US presidential election, was granted immunity by federal prosecutors as part of the investigation into Donald Trump’s former personal lawyer Michael Cohen, it emerged on Thursday.

Pecker met with prosecutors to describe the involvement of Cohen and Trump in payoffs to women who alleged affairs in the past with the president, the Wall Street Journal reported. Pecker, a longtime friend of Trump, was initially subpoenaed by federal investigators four months ago.

News of the media figure’s help in an investigation that is likely to prove damaging to Trump’s presidency came in the week that also saw Cohen turn on his former boss, as other former acolytes continue to assist the special counsel’s parallel Russia inquiry in Washington, further embattling the White House.

The Enquirer, the often lurid tabloid that reportedly played a key role in shielding Trump from negative stories, has become deeply embroiled in the legal storm engulfing the White House. Experts predicted on Thursday that it could have its press protections stripped away.

The developments came in the aftermath of Michael Cohen’s guilty plea on Tuesday on two counts relating to federal campaign finance violations. The charges stemmed from hush money payments to the adult film actor Stormy Daniels and ex-Playboy model Karen McDougal, which were steered through the tabloid company, according to court documents emerging from the Cohen plea agreement.

Although Cohen’s indictment does not name the Enquirer or its parent company, American Media Inc (AMI) – they are identified as “magazine 1” and “corporation 1” – both have previously been identified in press accounts and court records related to payments to Daniels and McDougal.

According to prosecutors, AMI advised Cohen throughout the course of the campaign, leading to the purchase of the Daniels and McDougal stories “so as to suppress them and prevent them from influencing the election”.

Prosecutors continued that Pecker, AMI’s CEO, helped “deal with negative stories about [Trump’s] relationships with women by, among other things, assisting the campaign in identifying such stories so they could be purchased and their publication avoided”.

On Thursday the Associated Press reported that, according to people familiar with the agreement, the National Enquirer kept a safe of documents related to hush money and other damaging stories “it killed as part of its cozy relationship with Donald Trump”. The safe was emptied prior to Trump’s inauguration, according to the AP.

Samuel Freedman, a professor of journalism at the Columbia School of Journalism in New York, told the Guardian either of those claims clearly oversteps the role of the press and the protections to report freely that it is afforded under the US constitution.

While the first amendment gives media companies broad freedoms to communicate with candidates, they are not permitted to act outside “legitimate press function”, in this case, potentially coordinating with a campaign to spend money to influence an election.

“Conspiring with a political campaign to hide a damaging article, and doing so by paying in a catch-and-kill scenario, seems to me behavior that should not be protected as first amendment free speech,” he told the Guardian.

“The Enquirer’s alleged actions, if true, go far beyond the legitimate exercise of journalistic decision-making or legitimate opinionizing.”