Television in Denmark is rubbish, Finnish men like a drink and Sweden is not exactly a model of republic. Why, asks one expert, does everybody guess the Nordic region is a utopia? 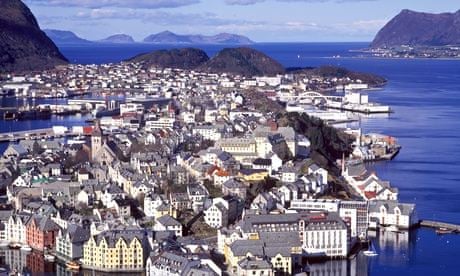 For the past few years the world has been in thrall to all things Nordic( for which purpose we must of course add Iceland and Finland to the Viking nations of Denmark, Norway and Sweden ). “The Sweet Danish Life: Copenhagen: Cool, Creative, Carefree, ” simpered National Geographic; “The Nordic Countries: The Next Supermodel”, boomed the Economist; “Copenhagen really is wonderful for so many reasons, “ gushed the Guardian.

Whether it is Denmark’s happiness, its restaurants, or TV dramas; Sweden’s gender equality, crime novels and retail giants; Finland’s schools; Norway’s oil wealth and weird songs about foxes; or Iceland’s bounce-back from the financial abyss, we have an insatiable appetite for positive Nordic news narratives. After decades dreaming of life among olive trees and vineyards, these days for some reason, we Brits are now projecting our need for the existence of an earthly paradise northwards.

I have contributed to the relentless Tetris shower of print columns on the wonders of Scandinavia myself over the years but now I tell: enough! Nu er det nok ! Enough with foraging for dinner. Enough with the impractical minimalist interiors. Enough with the envious reports on the abolition of gender-specific pronouns. Enough of the unblinking idolatry of all things knitted, bearded, rye bread-based and licorice-laced. It is time to redress the imbalance, shed a little light Beyond the Wall.

Take the Danes, for example. True, they claim to be the happiest people in the world, but why no mention of the fact they are second only to Iceland when it comes to ingesting anti- depressants? And Sweden? If, as a headline in the present working paper once claimed, it is “the most successful society the world has ever seen”, why aren’t more of you dreaming of “a little place” in Ume?

Actually, I have lived in Denmark on and off for about a decade, because my wife’s work is here( and she’s Danish ). Life here is pretty comfortable, more so for indigenous households than for immigrants or ambitious go-getters( Google ” Jantelov “ for more on this ), but as with all the Nordic nations, it remains largely free of armed conflict, extreme poverty, natural disasters and Jeremy Kyle.