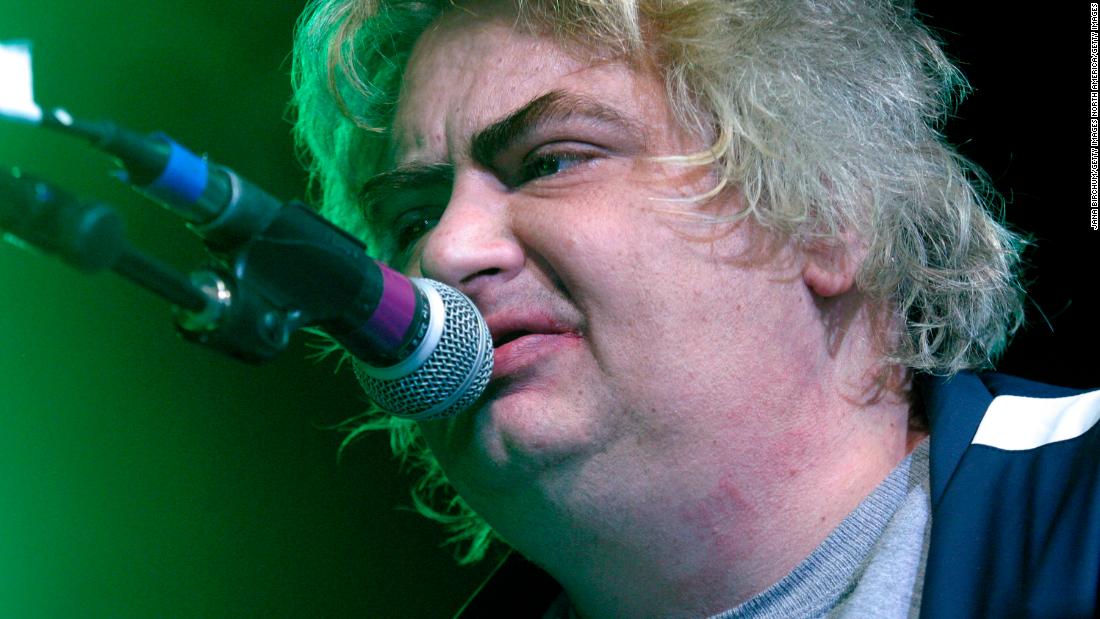 (CNN)Daniel Johnston, an eccentric singer-songwriter and advocate for mental health awareness who developed a strong following among other artists like Kurt Cobain and Tom Waits, died early Wednesday at his home outside of Houston, according to Tom Gimbel, Johnston’s manager of over 25 years. He was 58.

Johnston’s family and Gimbel said he died of natural causes.
“Daniel was a singer, songwriter, an artist, and a friend to all. Although he struggled with mental health issues for much of his adult life, Daniel triumphed over his illness through his prolific output of art and songs,” a statement from Johnston’s family read. “He inspired countless fans, artists, and songwriters with his message that no matter how dark the day that ‘the sun shines down on me’ and ‘true love will find you in the end.'”
Johnston got his start in Austin, Texas, in the mid-1980s, attracting a small following who became fans of his homemade cassette tape recordings.
As he had the opportunity to release his music wider, Johnston developed a devoted cult following that included major names in music, from Kurt Cobain to Tom Waits to Beck.
Johnston struggled with mental health issues throughout his life, and an organization “inspiring new conversations around mental health issues” called “The Hi, How Are You Project” was founded by Gimbel and Courtney Blanton with the support of Daniel Johnston and his family. The project is named for one of Johnston’s albums.
Johnston also had physical health issues, according to Gimbel, related to diabetes and the medications he’d taken all his life.
“His issues with mental health are well-documented, but what stands out to me are his triumphs,” Gimbel said.
The 2005 documentary film “The Devil and Daniel Johnston” helped bring the artist’s work to a larger audience while also discussing his bipolar disorder and its manifestation through demonic self-obsession. Directed by Jeff Feuerzeig, it won the award for documentary directing at that year’s Sundance Film Festival.
In 2018, the city of Austin declared January 22 — Johnston’s birthday — to be “Hi, How Are You?” Day. Named to commemorate Johnston’s 1983 album and famous frog mural, which lives at the site of a former record store in the Texas capital’s downtown district, the event is also meant to encourage mental health support.
In keeping with the city’s long appreciation of live music, the festivities a concert. Performers for the 2019 show included the Flaming Lips, Yo La Tengo, Built to Spill, the Moth & the Flame.
“There were very few dangerous rock and roll shows left in the world where you really don’t know what to expect,” Gimbel said of Johnston’s notoriously unpredictable stage presence. “At different points of the same show, there would be heart-rendering beauty — these incredible lyrics that would move people to tears — and then there could be comical moments and then something could happen and it would just be a disaster, but I think that’s what drew people to him.”
He added: “You never knew what was going to happen at one of Daniel’s shows, but it was always incredibly honest and genuine.”