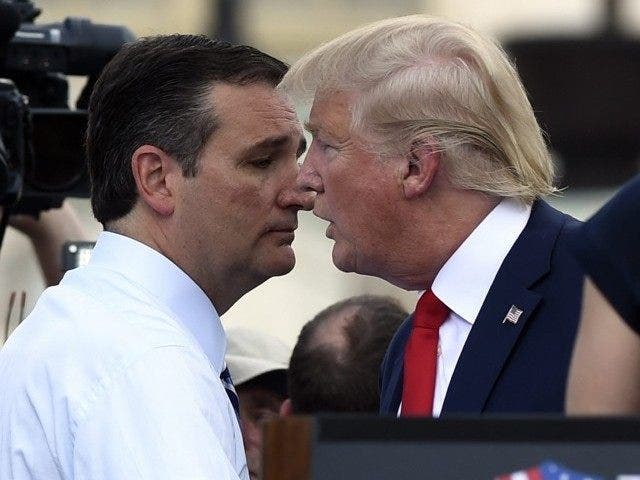 Ted Cruz is daring Donald Trump to sue him over an ad running in South Carolina that questions his record on abortion, rejecting the billionaire businessmans complaints and vowing instead to run the ad more frequently because voters deserve to know the truth.”

The Cruz campaign adamantly defended the ad after the Trump campaign sent a cease-and-desist letter demanding the campaign stop running it. Trump earlier this week also threatened to sue the Canada-born Cruz over his eligibility to run if he does not take down his false ads and retract his lies.

Their feud has only escalated since then, with Trump regularly calling Cruz a liar and the Texas senator now ridiculing Trump over his lawsuit threat.

At a press conference in South Carolina on Wednesday, Cruz read from the cease-and-desist letter, calling it one of the most remarkable letters I have ever read, and challenged Trump to go through with his threatened suit.

Cruz, who graduated from Harvard Law School and previously worked as Texas’s top lawyer, said he would like to take Trump’s deposition himself and that a lawsuit against the ad has no chance.

The ad in question features footage of Trump in a 1999 interview saying hes very pro-choice. The ad makes reference to the current debate over the vacancy at the Supreme Court and says, We cannot trust Donald Trump with these serious decisions.

Trump’s attorney sent Cruz a letter on Tuesday saying the ad was “replete with outright lies, false, defamatory and destructive statements” and Cruz could be held liable for damages if it’s not taken down.

Trump, though, stood his ground and reiterated that he is now pro-life.

I have been clear about my position on this issue for years. If I want to bring a lawsuit it would be legitimate. Likewise, if I want to bring the lawsuit regarding Senator Cruz being a natural born Canadian I will do so. Time will tell, Teddy, he said in a statement Wednesday.

Cruz on Wednesday denied being involved with anything untoward and called for anyone with evidence to come forward.

Rubio was asked Wednesday to come up with evidence that Cruz’s team was behind a fake Facebook page wrongly claiming that U.S. Rep. Trey Gowdy had switched his endorsement from the Florida senator to Cruz.

“It’s just a pattern of people around his campaign that have continuously done things like that,” Rubio said.