When you are plagued by unusual fears, peoples reactions can be the hardest thing to bear. One writer with a phobia of jewellery explores what can be done 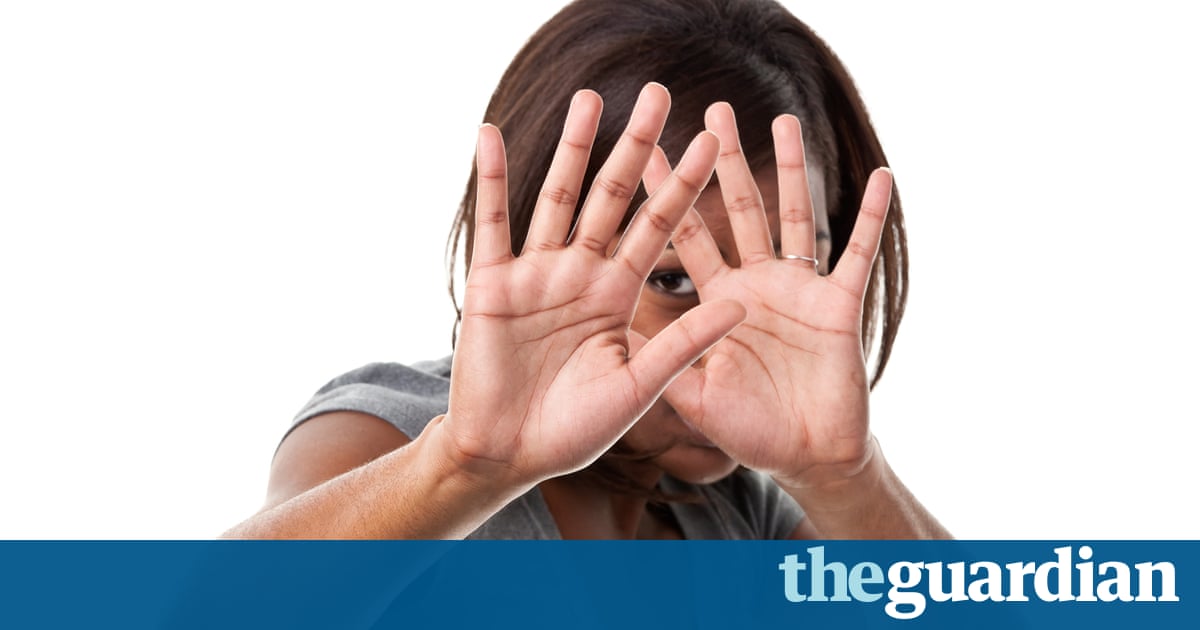 If a friend confided in you they had a fear of door handles or toenail clippings, would you laugh or sympathise? The instinctive reaction might be the former, but we can all get phobias of absolutely anything, and some can be debilitating. I have lived with my own fear of jewellery for as long as I can remember. If you were to place a metallic necklace or earring into my hands, it would send a shiver through my body, Id feel instantly sick, have to throw the object away and wash my hands. The response from family, friends and colleagues has only ever been amusement or bemusement. I can live a normal life, despite consternation from some for not wearing a wedding ring, and have never got to the root cause.

Phobias are described as an overwhelming and debilitating fear of something. They are more pronounced than just fears alone. A dislike of rats, for example, is pretty common. But if it extends to musophobia (a fear of mice or rats), then it can be life-changing. One person called our helpline who was so scared of rats they couldnt even say the word rat itself, explains Trilby Breckman, a development manager at the charity organisation Triumph Over Phobia (TOP UK). It was stopping her going out for fear of seeing one.

Breckman cites similar stories, including a teenager with a phobia of crisps who struggled at social occasions. Another woman had a phobia of bananas, which caused problems at work and meant she couldnt go to the supermarket without panicking. But it was other peoples reactions that caused the most discomfort. Breckman says that when a close relative found out, she posted a photo on Instagram of herself with a banana milkshake captioned: Look what Im having! Ahead of a family holiday, she sent another saying: Ive already bought my bikini, and it had bananas on it. Unfortunately, these kinds of responses, particularly on social media, can be quite common. The internet can be a useful tool, such as with phobia forums where phobics can share their stories and experiences but, equally, it opens up a world of unhelpful reactions.

The problem with phobias is that they often dont make sense. Outsiders question why the sufferer is afraid of birdseed, camels, red paint or jewellery. Ive been asked so many times: How can you be afraid of jewellery? Followed by, Its not going to hurt you. But they dont realise its a different part of the brain, the subconscious, where we have patterns and responses around spiders or whatever the phobia might be, which are triggered and make us feel uncomfortable.

Delving beneath the surface to reveal the deeper and potentially darker causes can be a disturbing but ultimately rewarding journey. The fast phobia cure is one common treatment method that targets the traumatic episode or experience that caused the phobia. It involves getting the phobic to reimagine the incident, but from a different perspective. Its like watching a film in the cinema, so theyre not inside the experience, but looking at it from a detached point of view, explains Guy Baglow, the director of Mindspa phobia clinic. The problem with phobias is that the person can keep replaying the scary memory in their mind, that is how it is sustained. By getting them to replay the memory in a disassociated way, the emotional response doesnt trigger. You can then get them to replay the film again and change a few things. Rapidly it will then just become a normal memory reclassified as non-threatening.

Baglow cites an interesting case of a woman who had a fear of spiders that stemmed from the second world war. When she was a little girl, there was an air raid and she and her mum ran to the shelter in the garden. A loud bomb exploded nearby, she was absolutely terrified and screamed, and it was at that point that a spider dropped down in front of her face, says Baglow. Of course, the spider then became associated with that fear. So things that are in that emotional snapshot can also trigger the same response. Its called pattern matching. We used fast phobia therapy to change how that memory was experienced and removed the phobic trigger.

Another common treatment method is exposure therapy, part of the cognitive behavioural therapy approach. We can recreate the panic sensation and symptoms people feel through exercises in the sessions, such as hyperventilation, which encourage them to breathe very quickly, explains Linda Thorden, a cognitive behavioural therapist and clinical psychologist. On some occasions, people with certain phobias, such as agoraphobia, think they are going to die when they have a panic attack. We try to demonstrate to them that they are not going to. We would then gradually encourage them to tackle the phobia itself through exposure and desensitisation.

TOP UK holds weekly self-help groups, often run by former phobics. Theres no secret tablet, says Breckman. People have to work at it. We had one guy who came to us for six weeks and never said a word. He just sat there. Then eventually he managed to say: Ive got a social phobia, and ran out of the room. But he came back the following week and within a year he was running the group himself.

Some phobias can even be life-threatening such as a fear of needles. This can be a real problem if someone has cancer or high blood pressure and needs injections, says Nicky Lidbetter, chief executive of Anxiety UK. Over the years, hundreds of people have contacted us with very serious conditions, but not been able to access treatment because of their anxiety. They cant cope with hospitals or medical procedures. So, actually, their phobia becomes bigger than the cancer, diabetes or high blood pressure that needs treating.

Similarly, emetophobia a fear of being sick can negatively affect peoples lives. One phobic (who wishes not to be named) says: I couldnt have children because I was terrified I might get morning sickness during the pregnancy. Lidbetter mentions others who heavily restrict their diets or retreat from society altogether when there is a sickness bug around.

Emetophobia can be very disabling. It often develops into obsessive compulsive-type symptoms as well, in terms of cleaning and checking, and trying to avoid any risk of contamination, says David Veale, a consultant psychiatrist at the South London and Maudsley NHS trust and a specialist in emetophobia. As for the cause of the condition, Lidbetter and Veale explain it could be from a bad experience of being sick as a child or seeing a parent being violently sick.

Other treatment methods include hypnotherapy, mindfulness and flooding: a full-immersion behavioural therapy in which the patient has to endure the phobic object for a prolonged period (eg a room full of spiders) until they eventually calm down. There have also been new developments in virtual-reality therapy. We are testing VR for emetophobia, explains Veale. Its essentially putting the goggles on and seeing yourself vomit. It sounds nasty, but its about experiencing the triggers the smells, sounds and sights. However, some remain sceptical. Its a nice idea, but I think theyre getting too excited by their own technology, argues Baglow. We dont need virtual reality because the brain is the best virtual-reality generator we have. Indeed, that is why we can get so frightened because our minds can create all sorts of disaster movies and what if scenarios.

Overall, the more that can be done to raise awareness, the better. We need to get to a stage where everyone can openly talk about their phobia problems without being ridiculed or judged, says Lidbetter. As for me, Ive been convinced to try therapy, but am still deciding which path to take.