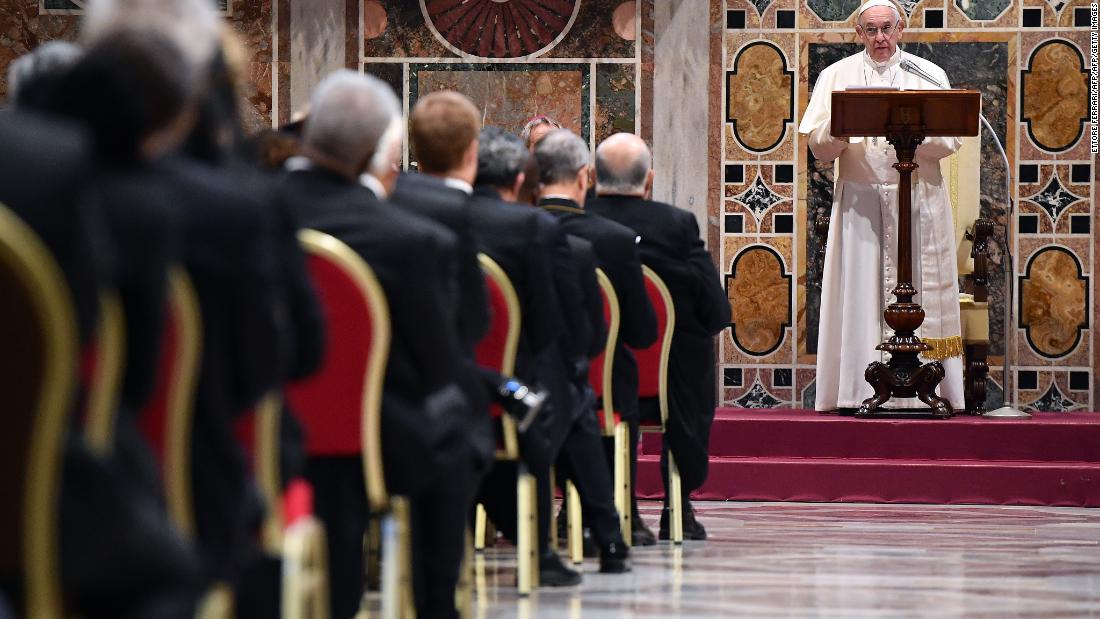 (CNN)World Youth Day in Panama is supposed to be about young people, from all over the globe, celebrating their Catholic faith with the Pope. But this year, it’s happening during arguably the greatest crisis of Pope Francis’ pontificate and of the modern-day Catholic Church.

According to the Vatican, about 150,000 youth have enrolled so far, a much lower turnout than World Youth Days in 2013 in Rio de Janeiro, Brazil and in 2016 in Krakow, Poland, which attracted about 3 million each.
The Pope is expected, as he often does, to weave politics into his speeches, particularly issues such as migration, corruption, violence and the role of women, said a Vatican spokesperson.

Will the Pope meet with clergy abuse survivors?

Two clergy abuse survivors from nearby Costa Rica are hoping to meet with Pope Francis in the sidelines of World Youth Day. As is customary, the Vatican has not announced if the pontiff will meet with survivors; but advised reporters the Pope might address the topic.
Survivors Michael Rodriguez and Anthony Venegas, both from Costa Rica, say the Latin American culture of “machismo” justifies the actions of the abusers and revictimizes the victims, making it very difficult for survivors to break their silence.
“In many towns people don’t dare to speak out against a priest because they see the priest as a representative of God,” Rodriguez told CNN.
“It’s a way the Pope can show the world that any victim abused… by a priest — be it from a big country or a small one — has a voice before the Pope.”
“If the Pope doesn’t meet with these victims that is a message that can be interpreted as a message: Don’t speak up,” said Frank Mora, a Latin American studies expert at Florida International University.
Mora says Francis, as the first Latin American pontiff, understands the barriers Rodriguez and Venegas have had to break through to speak out and the vulnerabilities they live with every day for doing so.
After World Youth Day in Rio De Janeiro in 2013 Pope Francis made his famous “who am I to judge” comment that landed him on front pages around the world. Could the Pope say or do something to similarly make international waves in Panama?
Patricia McGuire, president of Trinity Washington University in Washington, D.C., said she believes so, saying she hopes Francis speaks directly to youth about the clergy sex abuse crisis.
But McGuire is cautiously optimistic because she says Francis, himself, suffers from the same clericalism that he often says is at the root of the abuse crisis. Depending on how it’s defined, clericalism is often taken to mean an excessive deference to the church’s all-male priesthood.
“He lives in a world that is closed,” McGuire told CNN. “It’s powerful men of the hierarchy.”

How will American youths be received?

This is the first World Youth Day held in Central America, according to the Vatican. The smaller crowds are due in part because the even is normally held during the summer months, coinciding with school vacation time.
About 12,000 people from the United States are expected to attend, according to the U.S. Conference of Catholic Bishops, and some are worried about how they will be received given their country’s divisive debate over immigration.
Amanda Pawelek attended World Youth Day in Krakow, Poland in 2016 and remembers how youth from around the globe chanted “USA, USA” when they learned she was from Texas.
This time the 26-year-old is nervous about how she and other Americans will be received in Panama given the politics and attention focused on President Donald Trump’s proposal to build a wall on the country’s southern border with Mexico.
Ariana Zepeda, 17, also from San Antonio and traveling with the same group as Pawelek, says the issue has been on her mind, too.
Their group’s youth coordinator, Rosa Balderas, says she is not worried about how they will be received in Panama; but she planned to stow her stars and stripes hat during a layover in Mexico City.
Balderas says that in Panama she trusts faith will overcome divisive political rhetoric.
“I think everyone there will see that we are people and Trump is another person,” Balderas said.

What else to watch for

For off the cuff remarks that could make news, keep an ear open Thursday during his meeting with the Central American Bishops at the St. Francis of Assisi Church. He has historically been stern with his brother bishops.
The holy Mass on Sunday at Saint John Paul II Field, which has capacity for 700,000 youth, could inspire Francis to toss his scripts and speak from the heart.
For heartfelt images, monitor his visit to the youth detention center on Friday. It’s the only event outside of Panama City. The Pope will fly there by helicopter to meet with 200 youth. The vigil with youth on Saturday and his meeting with AIDS patients on Sunday are also expected to be emotional.