The long read: China and Japans postwar truce has always been an uneasy one and if Washington cools its support for Tokyo, the dynamics in the region could shift dangerously 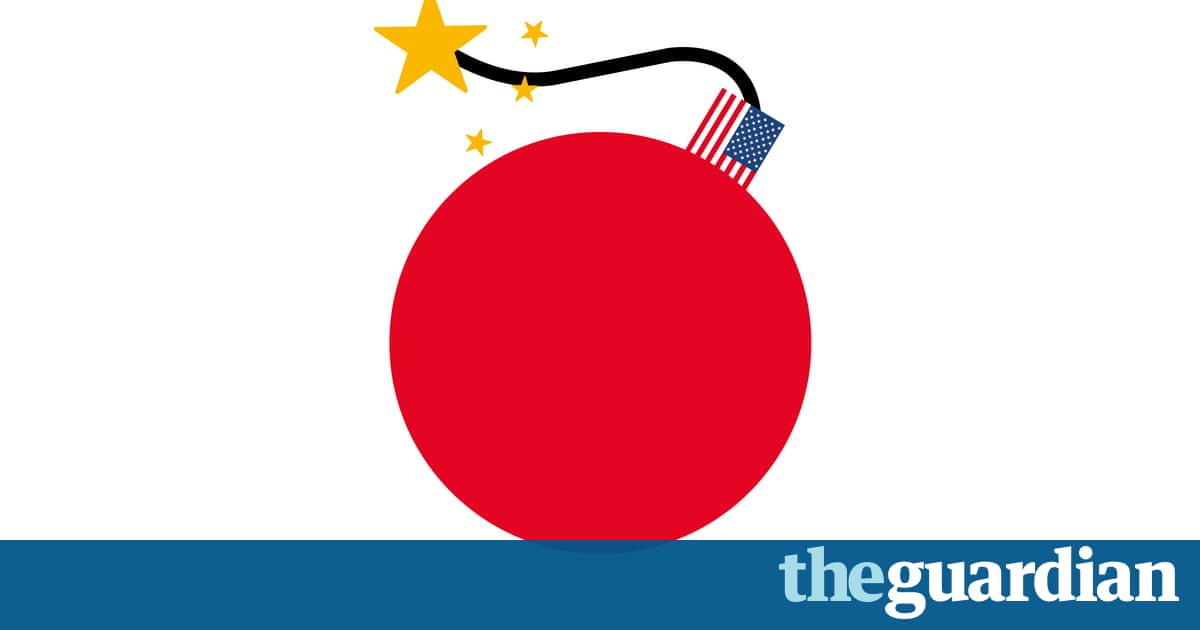 For news out of east Asia, it is difficult to compete with North Koreas youthful, jocular despot, Kim Jong-un, and his near-daily threats to fire a nuclear-tipped missile at US territory. On Monday, Kim was pictured surrounded by his top generals mulling over maps with targets closer to home, in South Korea and Japan, while warning again that he was ready to wring the windpipes of the Yankees. The young Kim, and his father and grandfather before him, have long tossed violent epithets at their enemies, but Pyongyangs new capabilities to potentially deliver a nuclear warhead across the Pacific have injected fresh danger into the crisis on the Korean peninsula.

The North Korean crisis is one of the few creations of the cold war to have outlived the Berlin Wall, despite persistent predictions that the communist dynasty would collapse. There are many factors driving the confrontation, chief among them paranoia in Pyongyang, where the Kim dynasty is focused above all on preventing regime change. In neighbouring China, Beijing is paralysed: it is caught between anger at Kim for destabilising the region, and fear that if it pushes Pyongyang too hard, the regime will collapse, and fall into the hands of South Korea, an ally of the US. The US itself also seems impotent, knowing that starting any war could lead to devastating attacks on its allies in Seoul and Tokyo.

Lost among the headlines is the fact that the crisis is just a symptom of a bigger drama unfolding in east Asia, where an entire postwar order, built and maintained by the US since 1945, is slowly coming apart.

While the US military bases still dotted across the region have a whiff of latter-day imperialism, for the past seven decades Pax Americana has underwritten an explosion in wealth not matched in the world since the industrial revolution. Since the 1950s, Japan, and then South Korea, Taiwan and China, have been able to put bitter political and historical enmities aside to pursue economic growth.

At the same time, the US presence in east Asia has papered over serial diplomatic failures. All of the frozen-in-the-1950s conflicts buried during the decades of high-speed economic growth are starting to resurface. China and Taiwan have drifted further apart than ever politically. The Korean peninsula remains divided and bristling with conventional and nuclear armoury. The Sino-Japanese rivalry overflows with bitterness, despite a bilateral business relationship that is one of the most valuable in the world.

The Chinese often quote an ancient idiom when speaking about Japan: two tigers cannot live on one mountain. China is in growing competition with Japan to be the dominant indigenous power in Asia, and many view this as a zero-sum game. Any clash between them would not be a simple spat between neighbours. A single shot fired in anger could trigger a global economic tsunami, engulfing political capitals, trade routes, manufacturing centres and retail outlets on every continent.

Whether these tensions play out peacefully depends not just on the two superpowers, the US and China. Japan which has at different times threatened to eclipse them both is also pivotal to regional stability. Prior to Donald Trumps emergence, it was assumed that just about any scenario for the US in east Asia would involve broad continuity for the core elements of past policy, including trade liberalisation and a commitment to alliances, such as that with Japan. But Trump is also a living embodiment of the larger trend that the days of US dominance of the region are numbered.