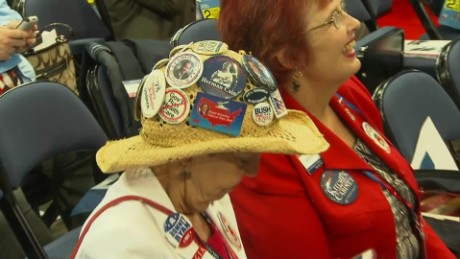 Washington (CNN)Buying votes is illegal. But, it turns out, buying delegates might not be.

This summer’s Republican National Convention is shaping up to be an all-out brawl for every delegate’s vote — and legally, that could mean plying some of them with gifts, experts say.
There are federal and state laws prohibiting bribery of elected officials — and restrictions on campaigns themselves — but there isn’t much on the books governing what private citizens serving as delegates at their parties’ conventions can take in exchange for their votes on a nominating ballot. And in a fight between Donald Trump, Ted Cruz, John Kasich and perhaps an alternative not currently in the race, every delegate vote will matter.
Nightcap: The latest news and political buzz from CNN Politics | Sign up
“I think the legal term is s*** show,” said Ken Gross, an election law specialist at Skadden and former associate general counsel of the Federal Election Commission. “I think it’s going to be a circus, to say the least.”
The GOP candidates are battling to win the 1,237 delegates needed to win the party’s nomination and avert a floor fight in July at the convention in Cleveland. Trump holds a lead of 739 delegates to 466 for Cruz and 145 for Kasich, according to a CNN estimate.
Opponents of Trump are especially worried about the potential resources of the billionaire businessman. 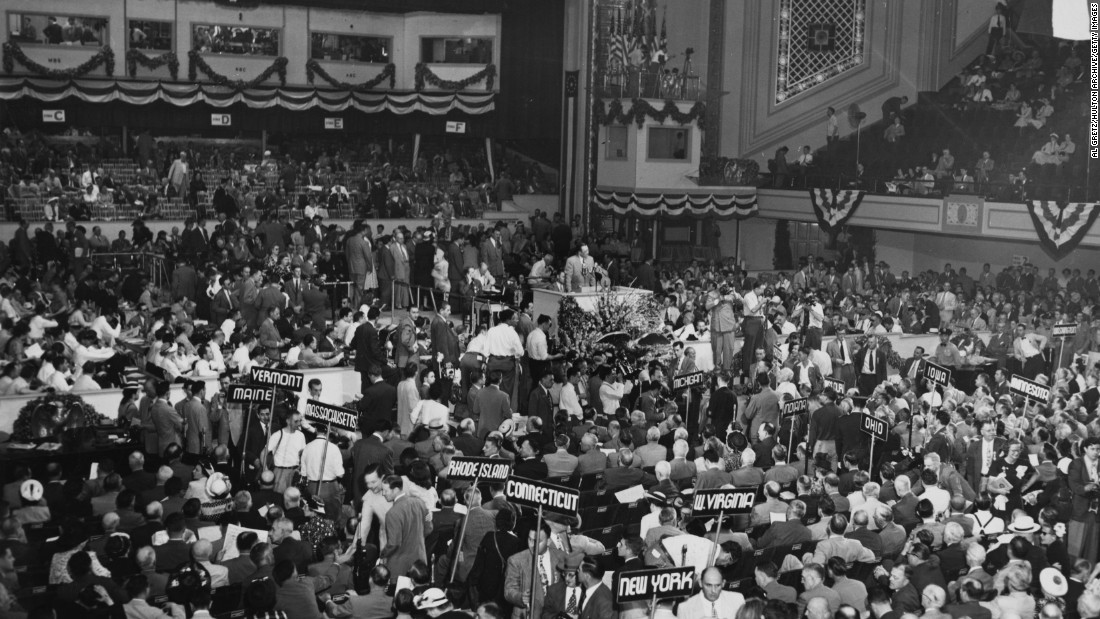 Trump’s senior adviser, Barry Bennett, has indicated the campaign is exploring how to bring delegates to its side but made clear there is a limit.
“There’s obviously a big line — we’re not going to do anything immoral, illegal or unethical,” Bennett told CNN. “Most of the time all they want is some access to the candidate or a visit to their state. It’s just a prioritization on your schedule, nothing more heavy than that.”
“We’re not offering seats on the Trump airplane or anything like that,” he offered, saying that the type of person who would seek such a deal wouldn’t be a delegate the campaign would want.
He also doubted other campaigns would engage in such tactics.
Of course, campaigns and candidates are not the only entities that have funds they are looking to spend on a political process and the rules and scrutiny on those outside groups and individuals are much murkier.

What can delegates accept?

There are a variety of laws and regulations that could come into play for delegates going to this year’s convention. Elected officials are bound by so-called honest services statutes, and party officials also are restricted by their role.
But many of the thousands of individuals who will be trekking to Cleveland as one of the 2472 delegates with a vote on nominee will be private citizens, eager to engage in what is shaping up to be a historic contest.
Can Trump get to 1,237 delegates?
Per FEC rules, there are some limits. Delegates are not allowed to accept funds and contributions from corporations, foreign nationals, labor organizations or federal government contractors. But individuals are expressly allowed to raise funds for their travel to the convention and expenses there, as long as they are not provided by prohibited sources.
That is no small token: The California Republican Party says potential delegates should expect to pay $3,000 to $6,000 on convention expenses alone.
Aside from the limits of who can give, the FEC is mostly silent on what delegates may or may not accept. And it doesn’t speak to any sort of negotiation for positions in an administration or, say, the promise of reciprocal campaign support.
The Republican National Committee rules are also quiet on what can be done to curry favor with delegates, but the party pointed to the need to comply with FEC rules.
RNC Chief: “Our candidate is someone who is running”
“The RNC rules do not specifically address this, however there are FEC implications once you start expending money related to attempts to influence a federal election,” RNC spokeswoman Lindsay Walters said. “It is up to the individual delegates and campaigns to ensure that they are in compliance with any applicable federal regulations.”
Part of the murkiness is simply the novelty of the race. There hasn’t been a contested convention in decades, since Ronald Reagan challenged the incumbent President Gerald Ford in 1976, and most people involved in the process haven’t witnessed one in their professional lives.
Though Trump is far ahead in the delegate count, there is serious doubt he will be able to reach the majority mark needed to clinch the nomination outright. And that could mean that after two ballots at the convention, as many as 8 in 10 delegates could become unbound from their state votes — freeing them to vote for whomever they wish.

What can candidates give?

There are limits on what candidates can do, Perkins Coie attorneys Brian Svoboda and David Lazarus wrote in an analysis for the firm. They point out that federal code prohibits candidates from promising appointments or employment “for the purpose of procuring support in his candidacy.” Another statute blocks rewards resulting from legislation or congressional action. They also note: “Multiple provisions prohibit individuals from offering cash or things of value in exchange for votes in local and federal elections. And, finally, the campaign finance laws create avenues for identifying and prosecuting unreported or misreported contributions.”
The catch, legal experts say, is that a ballot at a party convention is not the same thing as a vote in a local or federal election. And horse-trading is de rigueur in politics.
“If you’re going to hand somebody a grease-stained sandwich bag filled with cash under a table, you better hope nobody’s got a cell phone nearby who’s videotaping it,” said Richard E. Berg-Andersson, a researcher and historian for The Green Papers blog, which covers the nominating process in depth. “As for positions, that’s historical. There were always delegates who wanted better support if they were running for a congressional seat, especially if they were already party operatives or politicians. That’s actually part of the political process. In fact, I don’t even really think it’s unethical.”
“This is kind of uncharted, but I think a lot of the discussions and deals that are cut are more political in nature rather than monetary,” said Michael Toner, a partner at Wiley Rein and former FEC chairman.

Any candidate, individual or super PAC looking to curry favor with delegates would have to pay attention to all 50 states’ laws and every state party’s rules.
But several state party chairmen interviewed by CNN were not aware of any explicit prohibitions on accepting gifts or travel help.
“There aren’t many rules or laws on this issue,” acknowledged South Carolina GOP Chairman Matt Moore. “I have said the process should be above board and honest and transparent. I highly discourage our delegates to take anything in exchange for their votes — it’s a slippery moral and legal slope.”
But he’s limited to those powers of verbal persuasion, he said.
“That’s all you can do, beyond electing an honest and fair set of delegates,” he said.
The question, then, will come down to those 2,472 men and women, a few of whom when contacted by CNN immediately ruled out accepting any material support.
Tom Lundstrum, a former Arkansas state GOP rules chairman who served on the 2012 RNC rules committee, is running to be one of Cruz’s delegates. He said he hoped campaigns and independent entities couldn’t do much to influence delegates.
“I would hope that there’s very little they can do,” he said. “They couldn’t do anything for me. I have heard that it is OK for campaigns to pay the travel expenses of their delegates to the convention. But beyond that, I don’t know.”