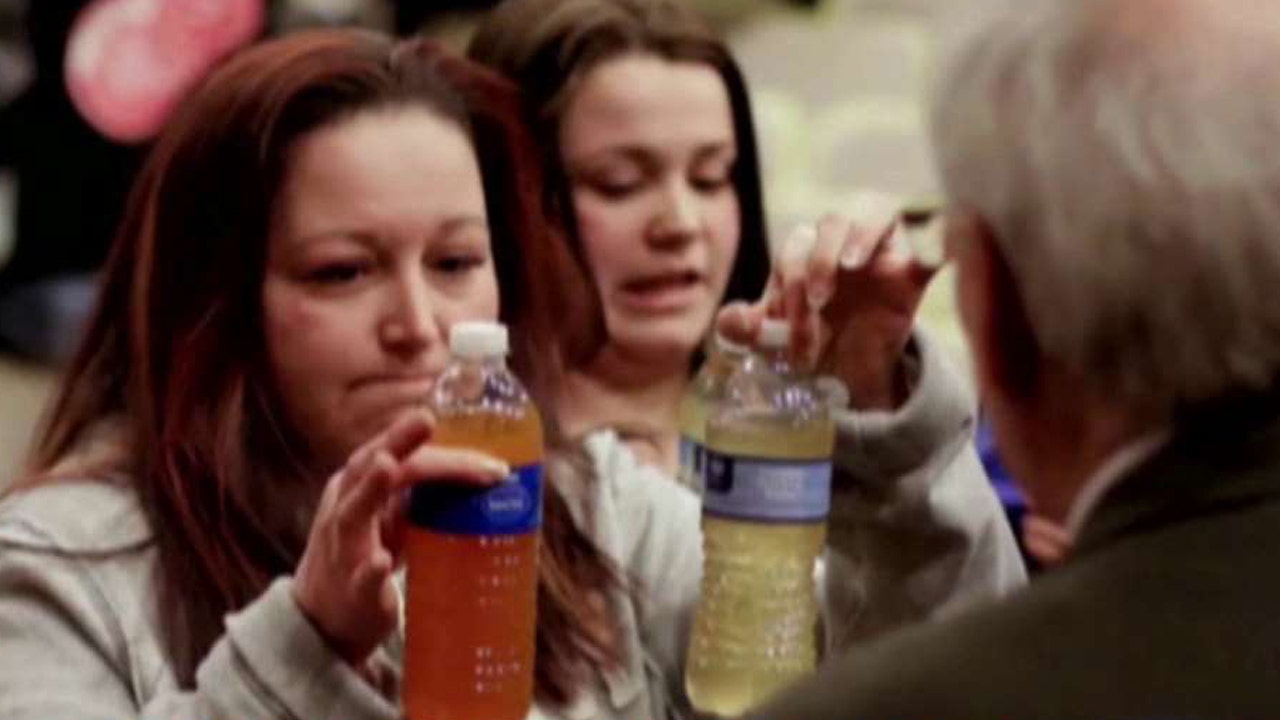 The pathway to approving a bipartisan energy modernization bill in the Senate flows through the corroded, toxic water pipes of Flint, Mich.

But everyone on Capitol Hill knows what is the bete noire of legislation: so-called poison pill amendments that can kill any bill they touch. And a bid to aid the beleaguered community of Flint is playing that role this time.

Naturally, if a said pill is poison, the level of virulence is in the eyes of the beholder.

Last week, Senate Democrats proposed latching a $600 million amendment to the energy bill to aid Flint, which is suffering from contaminated water. The money would go toward overhauling Flints waterworks and to study other issues with lead pipes.

The Democrats plan may not have been a poison pill in the truest sense of the term. But the amendment in question was certainly about poison. And Republicans recoiled at the Flint amendment. Their objection certainly wasnt a suggestion to abandon Flint. Rather, GOPers wondered about spending money without requisite offsets.

Was it a blank check? Did it set a bad precedent for the federal government to bail out other localities from near-certain additional infrastructure woes? Did this constitute an earmark, a congressional set-aside of money (now banned) for a specific project in a specific state or congressional district?

There was an operational problem. There could be whats referred to in congressional parlance as a blue slip issue. Article I, Section 7 of the Constitution requires spending measures originate in the House. Its possible that the spending that could be tacked onto this energy plan via the Flint amendment could violate that constitutional edict and prompt a blue slip. A blue slip parliamentary phenomenon on the energy plan could halt the bill in its tracks in either body. A senator may be able to challenge whether the Senate broke its rules by making a point of order. Or, if the Senate ever did approve the bill, the House could cite the constitutional origination argument and detonate the measure.

Late Wednesday night, Murkowski came to the Senate floor to note that legislative traffic had been light all day. In fact there was a possible trajectory on Tuesday to wrap up the energy bill Thursday. But that pathway seemingly dissolved Wednesday evening. The Alaska Republican said that much of the negotiation and bargaining unfolded off-stage which is customary in the Senate. But when Murkowski spoke, she didnt have a battle plan to offer or an agreement on amendments to immediately usher the energy bill to passage. There was no deal on the Flint amendment.

And so the Senate stares at a procedural vote later Thursday that could very well ice the energy legislation. A failure to marshal 60 yeas stymies the bill mostly over no resolution on Flint since Democrats arent willing to vote to shut off debate. Democrats were clear that they may halt the energy bill unless there is a vote to help Flint.

Perhaps the most-telling signal that the energy bill faced trouble came when Senate Majority Leader Mitch McConnell, R-Ky., came to the floor earlier to tee up a debate and vote on another piece of legislation: sanctions against North Korea.

McConnell designed a roadmap to launch debate on the North Korea bill next Wednesday with a final vote coming shortly thereafter. Pyongyang says it tested a hydrogen bomb in January. The House immediately voted almost unanimously to discipline North Korea.

Its not unheard of for the Senate to prep an additional bill for debate while toiling with another one. But in this case, the Senates semiotics indicate the body could be ready to skip to something else unless senators can resolve the Flint water amendment soon. Still, if supporters of the bill can muster 60 yeas, the measure is on a glide path to passage. That means those backing the Flint amendment are out of luck anyway. And if not, Democrats will have made their point and will race to the microphones to declare Republicans as calloused toward the people of Flint.

Flint and its septic water exploded into international headlines over the past two months. As senators wrestled behind the scenes Wednesday with amendments to the energy bill, members of the House Oversight Committee tangled on-stage with witnesses called to discuss the crisis. There are sure to be other hearings probing what went wrong. And Congress is about to start the annual appropriations process. Sympathetic lawmakers will try to tie funds tagged for Flint to those measures, too.

Flint could very well sideline the Senate energy bill. If it does, thats the marker indicating that legislative attempts to assist the beleaguered city are only beginning in Washington.

Capitol Attitude is a weekly column written by members of the Fox News Capitol Hill team. Their articles take you inside the halls of Congress, and cover the spectrum of policy issues being introduced, debated and voted on there.