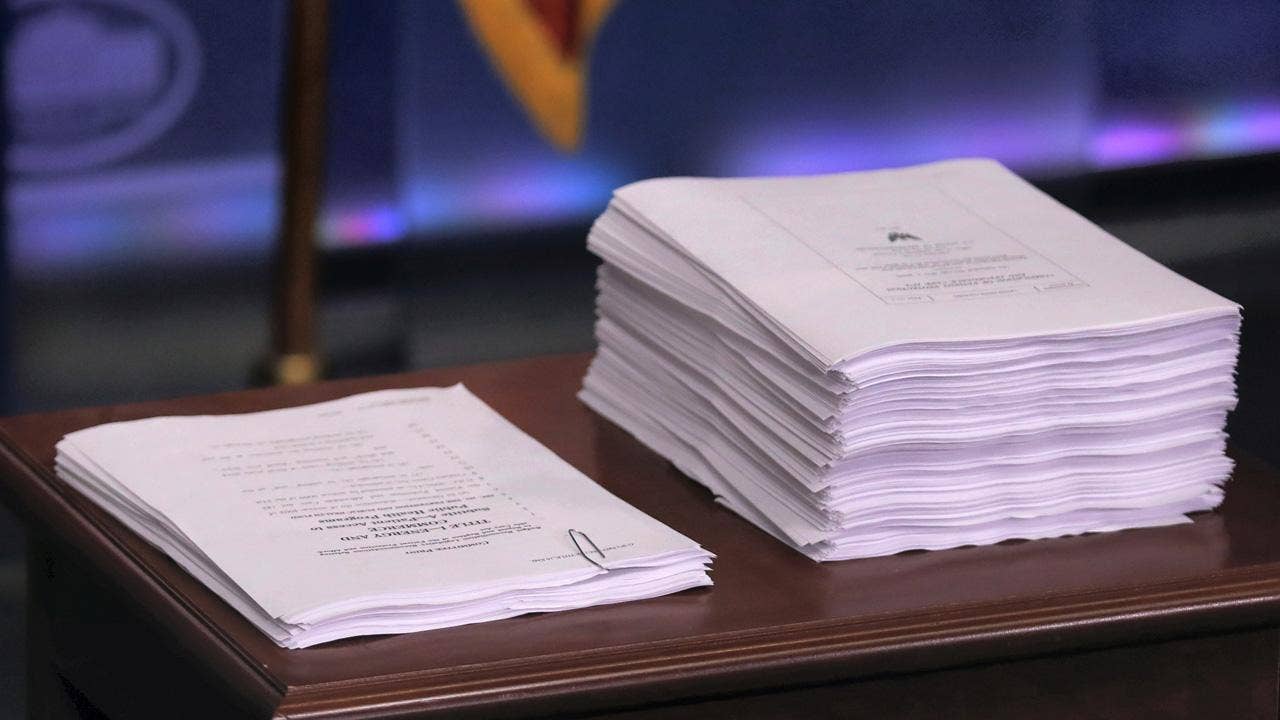 Congressional conservatives vowed Tuesday to introduce their own legislation to repeal and replace ObamaCare, escalating their fight against GOP leaders long-awaited health care overhaul bill just hours after it was released.

During a lengthy press conference outside the Capitol, lawmakers from the right flank of the Republican Party railed against the new legislation, which key committees plan to take up Wednesday. Signaling the turbulence ahead for party leaders, the lawmakers said theyll revive a 2015 repeal bill that already passed Congress under former President Barack Obama.

Theres no reason we should put anything less on President Trumps desk than we put on President Obamas, Rep. Jim Jordan, R-Ohio, said.

Jordan, a co-founder of the House Freedom Caucus, claimed the House leadership bill unveiled Monday is ObamaCare by a different form.

South Carolina Rep. Mark Sanford asked whether conservatives have to lower the bar in what we believe simply because we have a Republican in the White House?

The complaints point to the tough fight ahead as GOP lawmakers try to deliver on their long-standing campaign promise to fix and replace the Affordable Care Act. With conservatives already crying foul, Republican congressional leaders joined with the Trump administration to defend the plan on the table as a positive starting point.

House Speaker Paul Ryan, R-Wis., at a late-afternoon press conference, said the package keeps our promise to replace ObamaCare. He predicted the legislation, by the end of the process, would attract a majority in the House.

Were not jamming this down anybodys throat, he said, during a press briefing where he stacked copies of the original law and Republicans proposal side-by-side to demonstrate how much smaller and presumably simpler the GOP plan is.

But major obstacles loom, as one conservative group after another released statements torching the plan. The Club for Growth, Heritage Action for America, Americans for Prosperity and Tea Party Patriots variously derided the new bill as Obamacare Lite, Obamacare 2.0 and even RyanCare.

Republicans new legislation would repeal a range of the original ObamaCare taxes and subsidies, while preserving certain patient protections. But conservatives pushed back on various aspects of the plan, including a new system of tax credits that would replace the existing subsidies; a short-term continuation of the Medicaid expansion; and a new surcharge insurance companies would be allowed to impose for coverage that lapses.

Conservatives also have questions about what the plan will do for health care costs.

Rep. Mark Meadows of North Carolina said Tuesday the fiscal impact of the replacement plan will scored in the coming days, but there is only one score that the American people will pay attention to whether it really does lower the cost of their health care.

Jordan said their plan differs from the new proposal in that it does not keep the Medicaid expansion and does not keep some of the original laws tax increases.

Sen. Rand Paul, R-Ky., argued only a full repeal will garner the unified support of Republicans.