By discussing whether the quarterbacks national anthem protest is unpatriotic, America is failing to confront police brutality, profiling and racial inequality 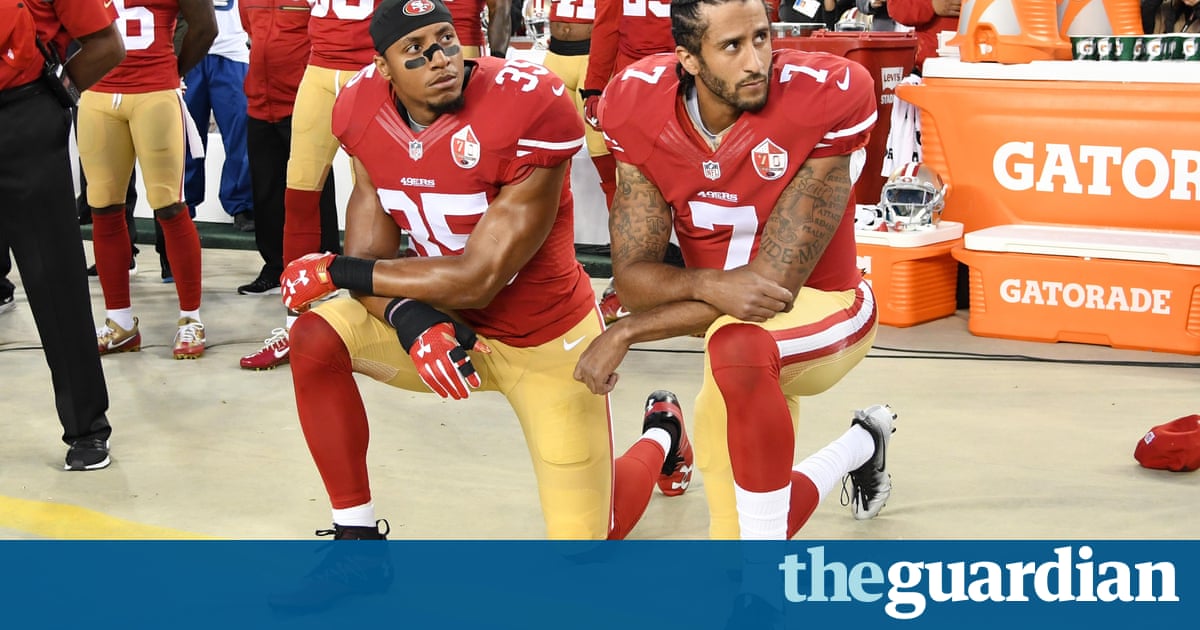 A few nights ago the University of Florida law professor Katheryn RussellBrown watched four commentators on ESPN debate Colin Kaepernicks refusal to stand for the United States national anthem. For several minutes the men argued about whether the San Francisco 49ers quarterback was right in using the anthem to shed a light on racial inequities in their country. They spoke of soldiers away at war, veterans who died and the meaning of the US constitution. The debate raged until Russell-Brown finally realised the one thing they had not discussed were the issues about which Kaepernick is protesting.

What happened to talking about police brutality, profiling and racial inequality, she wondered. Was not the whole reason he said he was not standing during the anthem to start a conversation about race in America?

This discussion, however, masks the fact that most of the negative responses to his protest are a reaction to the subject matter and the message of his dissent, not the form of his protest, Russell-Brown said. The people who object to his form of speech are really saying, I dont agree that these are nationally significant issues.