Coffee a day keeps the doctor away? Perhaps, but benefits may be down to lifestyles rather than the brew itself, researchers say 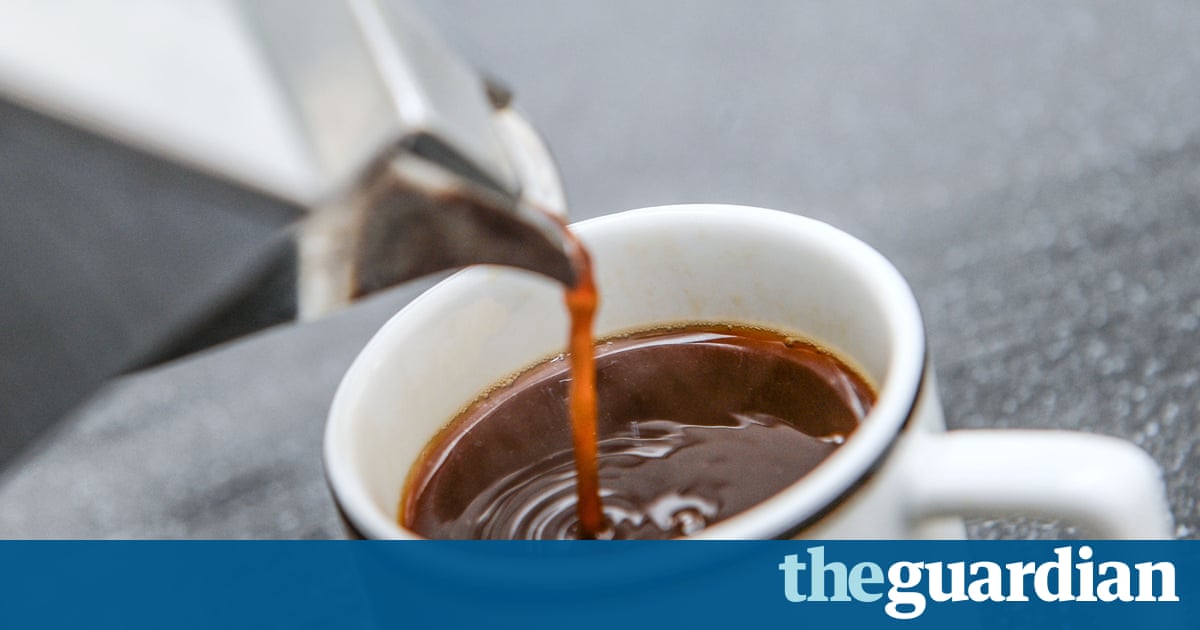 People who drink coffee have a lower risk of dying from a host of causes, including heart disease, stroke and liver disease, research suggests but experts say its unclear whether the health boost is down to the brew itself.

The connection, revealed in two large studies, was found to hold regardless of whether the coffee was caffeinated or not, with the effect higher among those who drank more cups of coffee a day.

But scientists say that the link might just be down to coffee-drinkers having healthier behaviours.

It is plausible that there is something else behind this that is causing this relationship, said Marc Gunter, a co-author of one of the studies, from the International Agency for Research on Cancer.

But, he added, based on the consistency of the results he would be surprised if coffee itself didnt play a role in reducing the risk of death.

About 2.25bn cups of coffee are consumed worldwide every day. While previous studies have suggested coffee might have health benefits, the latest research involves large and diverse cohorts of participants.

The first study looked at coffee consumption among more than 185,000 white and non-white participants, recruited in the early 1990s and followed up for an average of over 16 years. The results revealed that drinking one cup of coffee a day was linked to a 12% lower risk of death at any age, from any cause while those drinking two or three cups a day had an 18% lower risk, with the association not linked to ethnicity.

We found that coffee drinkers had a reduced risk of death from heart disease, from cancer, from stroke, respiratory disease, diabetes and kidney disease, said Veronica Setiawan, associate professor of preventive medicine at the University of Southern California and a co-author of the research.

The second study the largest of its kind involved more than 450,000 participants, recruited between 1992 and 2000 across ten European countries, who were again followed for just over 16 years on average. We felt this analysis would capture some of [the] variation in coffee preparation methods and drinking habits, said Gunter.

The study also looked at a subset of 14,800 participants, finding that coffee-drinkers had better results on many biological markers including liver enzymes and glucose control. We know many of these biological factors are related to different health outcomes, so it is another piece of the puzzle, said Gunter.

But experts warn that the two studies, both published in the Annals of Internal Medicine, do not show that drinking coffee was behind the overall lower risk, pointing out that it could be that coffee drinkers are healthier in various ways or that those who are unwell drink less coffee.

In addition, levels of coffee-drinking were self-reported, some participants consumed both caffeinated and decaffeinated coffee, and the European study only looked at coffee consumption levels at one point in time all factors which could have affected the results.

It is not necessarily the coffee drinking per se, it is that fact that there are other things about your lifestyle or the lack of ill-health that might be causing the association, said Naveed Sattar, professor of metabolic medicine at the University of Glasgow, pointing out that while coffee might have beneficial effects, it would take randomised trials to be sure.

Authors of both studies also agreed more work is needed, and said that it was unclear which of the many biologically active components within the coffee might potentially be driving the health benefits. This is an observational study, said Setiawan. We cannot say, OK, [if] you drink coffee it is going to prolong your life.

Gunter agreed. I wouldnt recommend people start rushing out drinking lots of coffee, but I think what it does suggests is drinking coffee certainly does you no harm, he said. It can be part of a healthy diet.

Sattar also urged caution. If people enjoy their coffee they can relax and enjoy their coffee, he said, adding that people should not imagine that drinking extra coffee would militate against other bad health behaviours.