Gerald DeLemus, co-chair of the Trump for President Veterans Coalition, is accused of helping organize the infamous armed standoff with the government 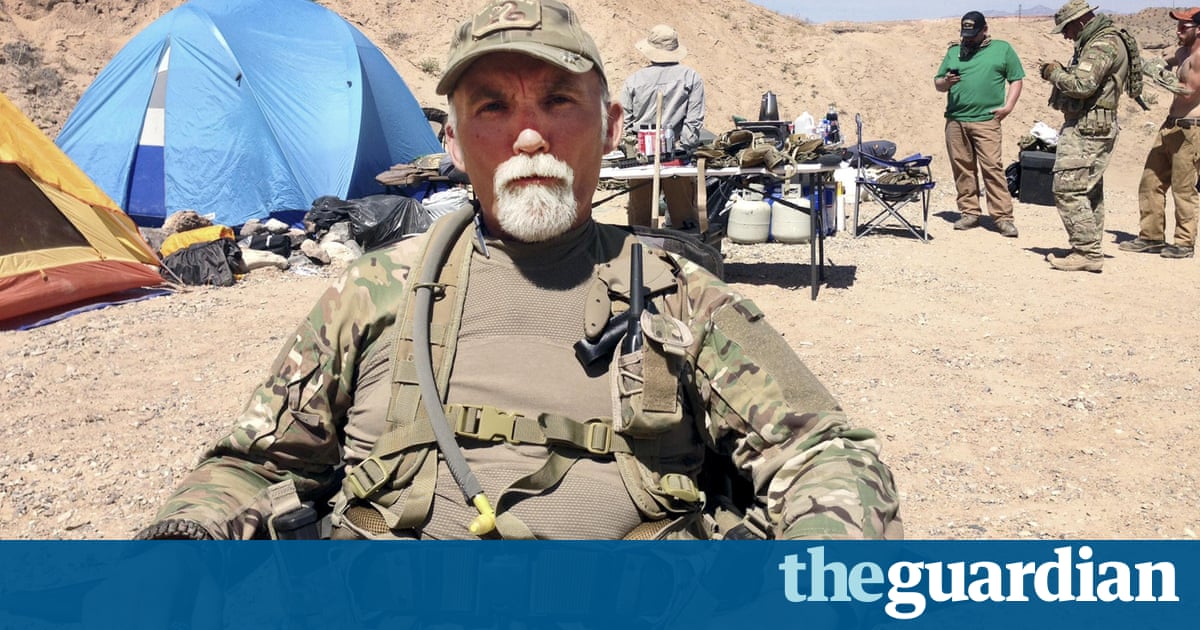 A co-chair of a veterans group with Donald Trumps campaign will plead guilty to federal charges for his role in Nevada rancher Cliven Bundys infamous 2014 armed standoff with the government, the first defendant in the conspiracy case to strike a deal before trial.

Gerald DeLemus, a New Hampshire activist who stepped up as a co-chair of the Trump for President Veterans Coalition last summer, is accused of being a mid-level leader and organizer in the conflict at the Bundy ranch in Bunkerville where rightwing activists faced off with federal officials in a dispute about grazing rights on public lands.

Federal judge Gloria Navarro said she had received a signed plea agreement from DeLemus in a court filing on Tuesday, and the 61-year-old is scheduled for an official plea hearing on 23 August.

DeLemus, who is known as Jerry, is the first of 19 defendants in the 2014 standoff case to sign a plea deal, and other jailed activists could follow suit in advance of a jury trial scheduled to begin in 2017.

The case stems from Bundy and his familys protracted protests against the federal governments restrictions of cattle grazing on public lands. The 70-year-old rancher in Bunkerville, which is 80 miles north-east of Las Vegas, had long refused to pay fees to allow his cattle to graze on federally controlled lands.

Hundreds of anti-government activists, including DeLemus, flocked to the Bundy ranch in April 2014 to support the ranching family when the federal government moved to seize his livestock.

Faced with heavily armed protesters, the government ultimately backed down and did not move forward with charges until February 2016. US authorities ultimately charged Bundy and four of his sons and arrested Delemus and others around the country in a major sweep in March.

The defendants are accused of a slew of serious offenses, including conspiracy to impede and injure federal officers, assault on officers, threatening law enforcement, obstruction of justice, unlawful use of firearms, and interfering with interstate commerce by extortion. They could face six years in prison.

DeLemus had a strong presence in Bunkerville, and according to a federal indictment, he had recruited, organized, trained and provided logistical support to gunmen and other Followers and organized and led armed patrols and security checkpoints. Prosecutors said he brought firearms to Nevada.

DeLemus was also present at a January 2016 standoff at the Malheur national wildlife refuge in eastern Oregon, a similar land-use protest led by Bundys sons Ammon and Ryan.

A total of 26 people are now facing conspiracy charges in federal court in Oregon for participating in the Malheur militia standoff, which began as a protest of the imprisonment of two local ranchers.

DeLemus, who the Guardian interviewed at the wildlife refuge, was not charged in the Oregon case. DeLemuss request to be released on bail was denied by a federal judge in Las Vegas, where he has been held since March.

In Oregon, 10 protesters have pleaded guilty, and on Tuesday, a judge issued her first sentence, ordering defendant Corey Lequieu to spend two and a half years in prison. The Bundys have said they plan to fight the charges in a trial.

DeLemuss lawyer Brian Smith said details of the plea would not be public until he appeared for a hearing.

It was a very personal decision. Its always a tough decision to make, Smith said of the plea agreement. He just felt that this was the best way to handle the matter.

DeLemuss wife, Susan DeLemus, who is a Republican state representative in New Hampshire, did not immediately respond to an inquiry from the Guardian.

The Trump campaign did not respond to a request for comment.