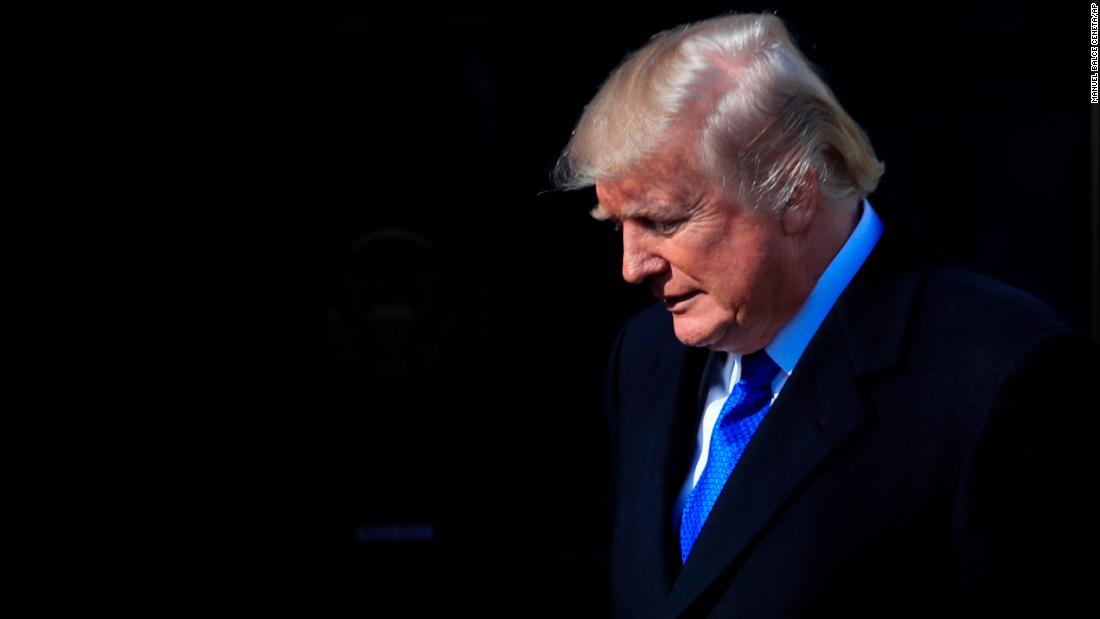 WASHINGTON (CNN)One year in to Donald Trump’s time in office, his approval ratings fall well below his predecessors’ anniversary marks, and Americans’ expectations that he will keep major campaign promises have largely faded, according to a new CNN poll conducted by SSRS. But the President appears to be reaping some benefits from the best ratings of the economy since Bill Clinton occupied the Oval Office.

Those shifts, including the improvement in impressions of Trump’s handling of the presidency and the economy, stem largely from rebounds among independents. Trump’s 52% approval rating on the economy among independents is the only issue area tested where a majority of that group approves of his performance. 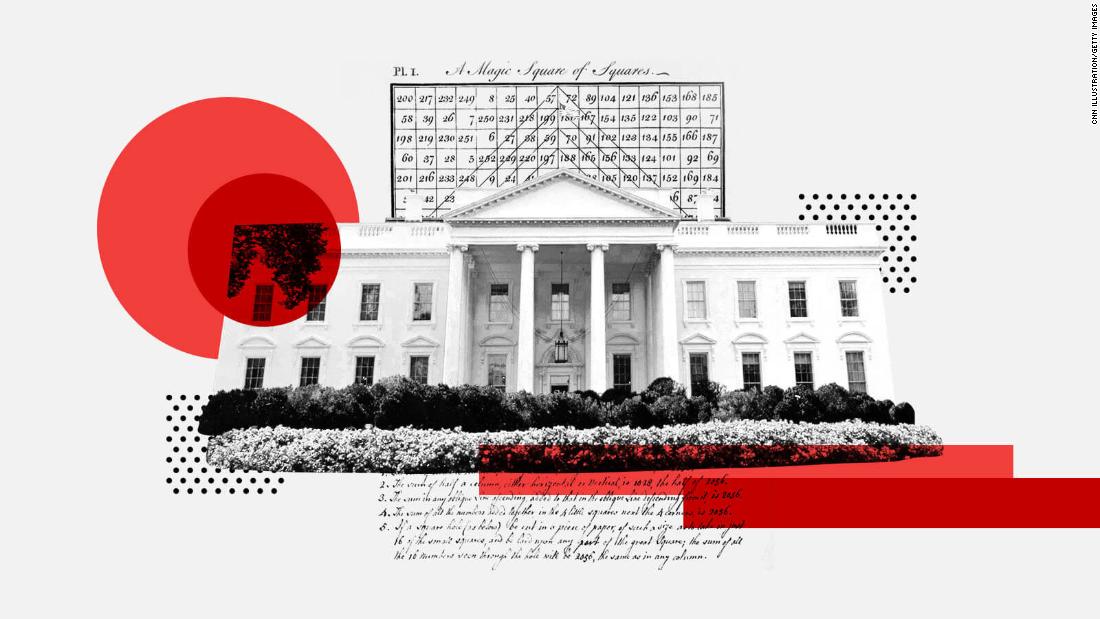 The public’s perceptions of the economy have climbed dramatically since Trump took office. Overall, 69% now describe it in good shape, the highest since February 2001 and up 12 points since last January. The 20% who currently call the economy “very good” is the highest since the final week of Bill Clinton’s time in office in January 2001.
Almost half, 47%, say their personal financial situation is better than it was a year ago, about double the share who say their fortunes have worsened in the last year (23%).
The overall improvement in ratings of the economy over the last year is driven largely by shifts among Republicans. It is typical for people of the president’s party to rate the economy more highly than do those of the party out of office, but Democrats’ high marks for the economy under Barack Obama haven’t faded as quickly since the transfer of power as Republicans’ and independents’ reviews have improved. Over that time, Republicans positive ratings have climbed a whopping 48 points, as independents have ticked up 12 points. Democratic ratings have dropped 13 points in the same time frame.
The economy no longer ranks as the most important problem facing the country. Asked to name the most pressing issue, 18% cite immigration, 17% the economy, and 12% each name a foreign policy concern or an issue with the President himself as the nation’s top concern.
Just 40% say Trump’s policies are moving the nation in the right direction more generally, down from 48% just ahead of his inauguration, and the public is split overall on whether he’s doing a good job (46%) or a poor job (48%) keeping the important promises he made during the 2016 campaign. Among his own partisans, 88% say he’s doing a good job keeping his most important promises, a touch higher than the 83% of Democrats who said the same about Obama in January 2010. 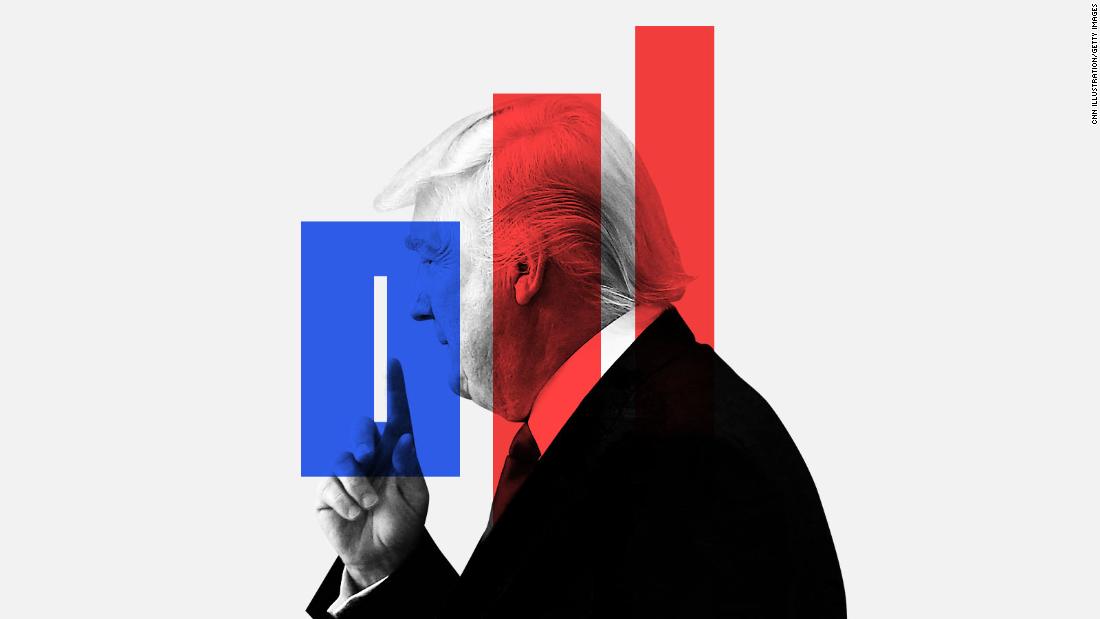 When asked to assess the likelihood Trump will keep specific major promises, expectations appear to have faded on several of them.
Trump has taken his largest hit on his promise to repeal and replace Obamacare. Just before taking office last year, 82% considered that very or somewhat likely to happen, now, just 54% say the same. Expectations have also dipped significantly on fulfilling his promises to renegotiate NAFTA, and to create jobs in economically-challenged areas. There have been meaningful upticks in the share saying Trump is “not at all likely” to reduce the amount of corruption in Washington (from 35% to 43%), get Mexico to reimburse the United States for the cost of a wall along the border (from 46% to 54%) and on the prospects for building that wall in the first place (from 29% to 34%).
Looking abroad, just 35% approve of Trump’s performance handling foreign affairs, unchanged over the fall, and 65% say leaders of other countries around the world don’t have much respect for him. Trump’s numbers on that score remain worse than Obama’s, George W. Bush’s or Clinton’s, according to CNN’s polling. Even among those who approve of Trump’s handling of the presidency more generally, nearly a quarter (24%) say he hasn’t gained the respect of other world leaders.
On a personal level, Trump’s favorability rating stands at a net negative, 40% favorable to 57% unfavorable. That’s well below current ratings for both Obama (66% favorable) and Bush (61% favorable), as well as below their favorability numbers near the first anniversary of their inauguration (83% viewed Bush favorably in January of 2002; 58% saw Obama positively in December 2009). Trump outpaces Bush’s current numbers, however, among Republicans — 89% have a favorable view of Trump, 76% of Bush.
Many Americans also doubt Trump has much personal regard for people like them. Overall, 46% say they think Trump has no respect at all for people like them. That figure climbs to 81% among blacks, 66% among Hispanics, 55% among women (including 74% among non-white women), and 65% among immigrants. The findings follow reports that Trump described countries in Africa using a negative expletive in an Oval Office meeting earlier this month.
The CNN Poll was conducted by SSRS January 14-18 among a random national sample of 1,005 adults reached on landlines or cellphones by a live interviewer. No interviewing was completed on January 16 due to weather conditions at call center locations. Results for the full sample have a margin of sampling error of plus or minus 3.7 percentage points; it is larger for subgroups.