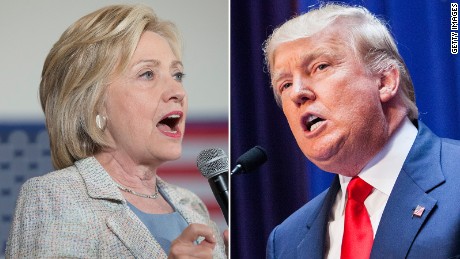 Washington (CNN)Hillary Clinton confirmed Sunday the FBI has not yet contacted her to schedule an interview over her use of a private email server during her tenure as secretary of state.

“No one has reached out to me yet,” she said on CBS’ “Face the Nation.”
Still, she said the position she’d expressed last year remains true: “I’m more than ready to talk to anybody, anytime.”
“And I’ve encouraged all of, you know, my assistants to be very forthcoming. And I hope that this is close to being wrapped up,” Clinton said.
Some of Clinton’s closest aides, including her longtime adviser Huma Abedin, have provided interviews to federal investigators as the FBI probe into the security of her private email server nears completion, U.S. officials briefed on the investigation told CNN last week. But so far investigators haven’t found evidence to prove that Clinton willfully violated the law, the officials say.
In recent weeks, multiple aides have been interviewed — some more than once, the officials said.

A date for an FBI interview of Clinton has not been set, these officials said, but is expected in the coming weeks. The officials say the interviews of Clinton and her aides would be a routine part of an investigation like this.
The former secretary of state’s use of a private email server is once again the subject of attacks, as presumptive Republican nominee Donald Trump cites it frequently on the campaign trail as he brands his likely Democratic foe “Crooked Hillary.”
Asked by host John Dickerson what she’d say to people who think the FBI’s investigation into her email use is a big deal, Clinton said: “It’s a security inquiry. I always took classified material seriously. There was never any material marked classified that was sent or received by me.”
Clinton said she knows it’s important to “answer any questions that are raised about me in any context.”
And from there, she sought to pressure Trump, who has not yet made public his tax returns.
Clinton noted that 33 years’ worth of her tax returns have already been made public.
“Donald Trump won’t release his tax returns. And his claim they’re being audited just by any analysis doesn’t hold up,” she said. “So what’s there? And he owes it to the American people, and the press owe it to us, to make sure that those kinds of questions are posed to everybody.”
Trump has deflected calls to release his tax returns, saying they’re the subject of ongoing audits.
“I’ll do it as fast as the auditors finish,” he said Sunday on NBC’s “Meet the Press.
“Remember this, I’ve already given my financials. And my financials show I’m worth more than $10 billion by any stretch of the imagination — has tremendous cash, tremendous cash flow,” Trump said.
“You don’t learn much from tax returns,” he said. “But I would love to give the tax returns. But I can’t do it until I’m finished with the audit.”