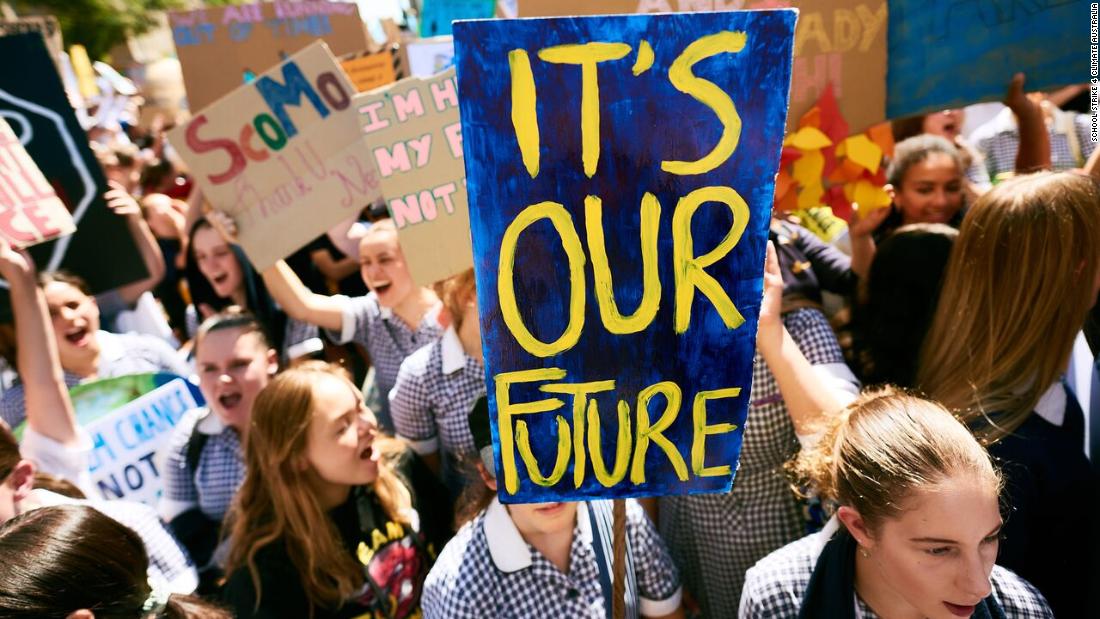 (CNN)A student in Wendy Petersen Boring’s climate-change-focused class said she woke at 2 a.m. and then cried for two solid hours about the warming ocean.

Petersen Boring, an associate professor of history, religious studies, women & gender studies at Willamette University in Oregon, has been teaching about climate change for a little over a decade. In that short time, she has watched her students’ fear, grief, stress and anxiety grow. 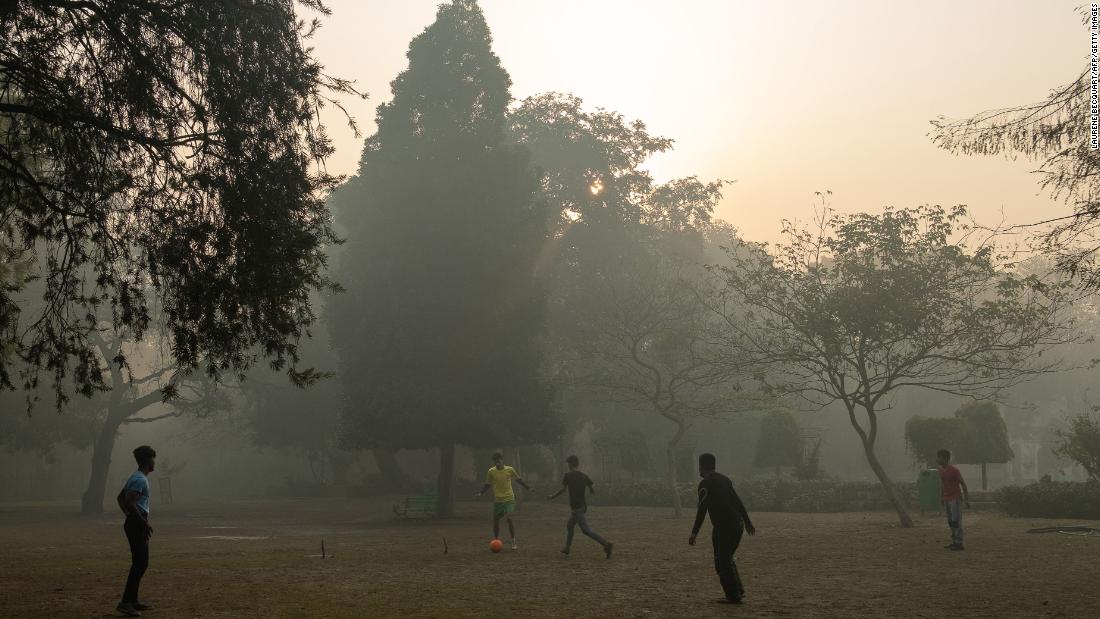 “Back in 2007, it was the mouse in the room; then, it became the elephant in the room. By 2016, those concerns and fears began to flood over,” Petersen Boring said.
Her students aren’t alone. Polls show that many more Americans worry about global warming. There’s no clinical definition, but climate anxiety and grief or solastalgia — “the distress that is produced by environmental change impacting on people while they are directly connected to their home environment” — has become such a concern that the American Psychological Association created a 69-page climate-change guide to help mental health care providers. 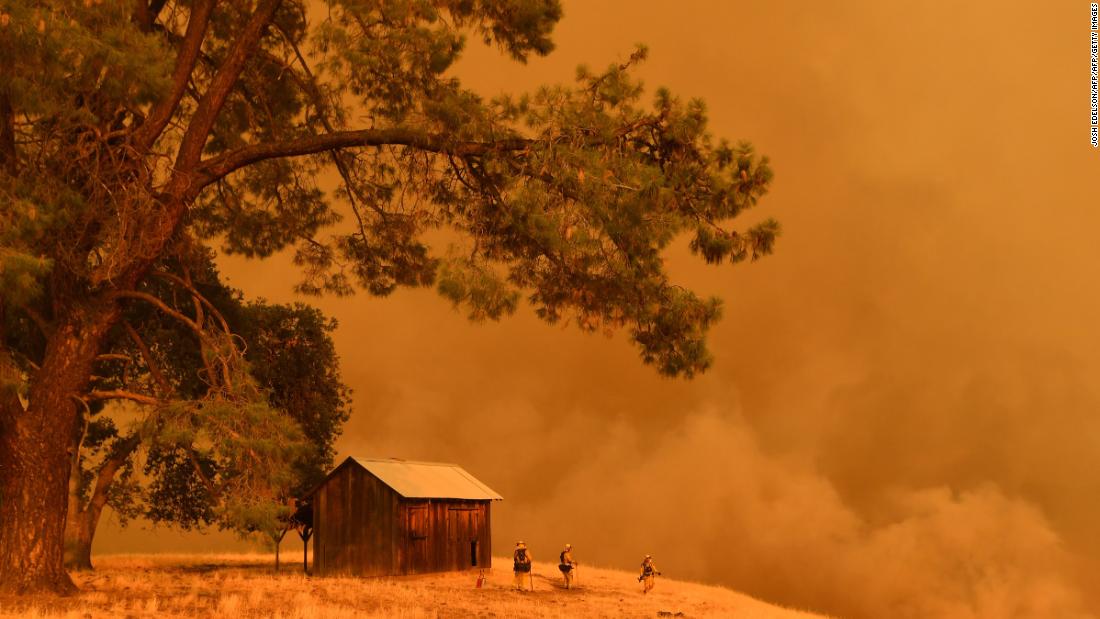 There are support networks like Good Grief in Salt Lake City, created to help people build resilience while discussing “eco-anxiety,” despair and inaction on the environment.
There’s even a growing number of organizations of people promising not to have children “due to the severity of the ecological crisis and the current inaction of governing forces in the face if this existential threat,” as a group called BirthStrike puts it.
Who can blame them? This year’s climate change headlines are depressing on a good day, terrifying at worst:
“One million species threatened with extinction because of humans”
“250,000 deaths a year from climate change is a ‘conservative estimate,’ research says”
“CO2 levels at highest for 3 million years” 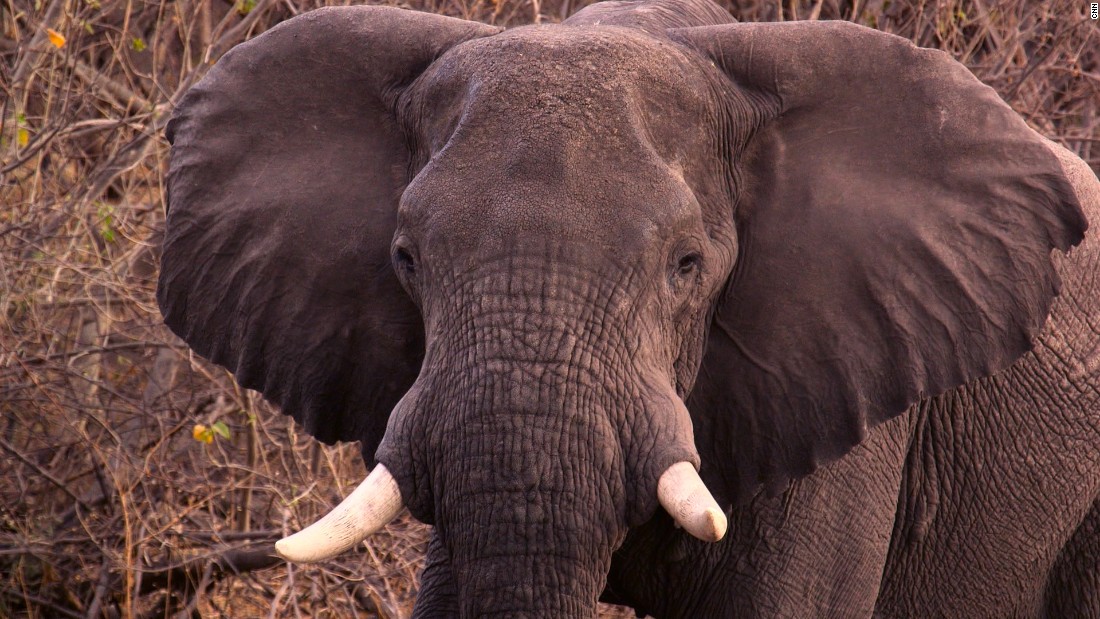 Climate change linked to greenhouse gas emissions has created record high temperatures and more extreme storms, droughts and wildfires. Those climate change-related natural disasters have had a profound negative impact on the mental health of survivors of these extreme events, according to the United Nations. Suicides have increased, as have depression, anxiety, stress, grief, anger and PTSD.
Even for people who aren’t directly affected by natural disasters, climate change is causing measurable mental distress.
Higher temperatures alone have led to more suicides and increased psychiatric hospitalization and have hurt our sleep, which can also also harm mental health. These problems will get worse as the temperature continues to rise, research shows. 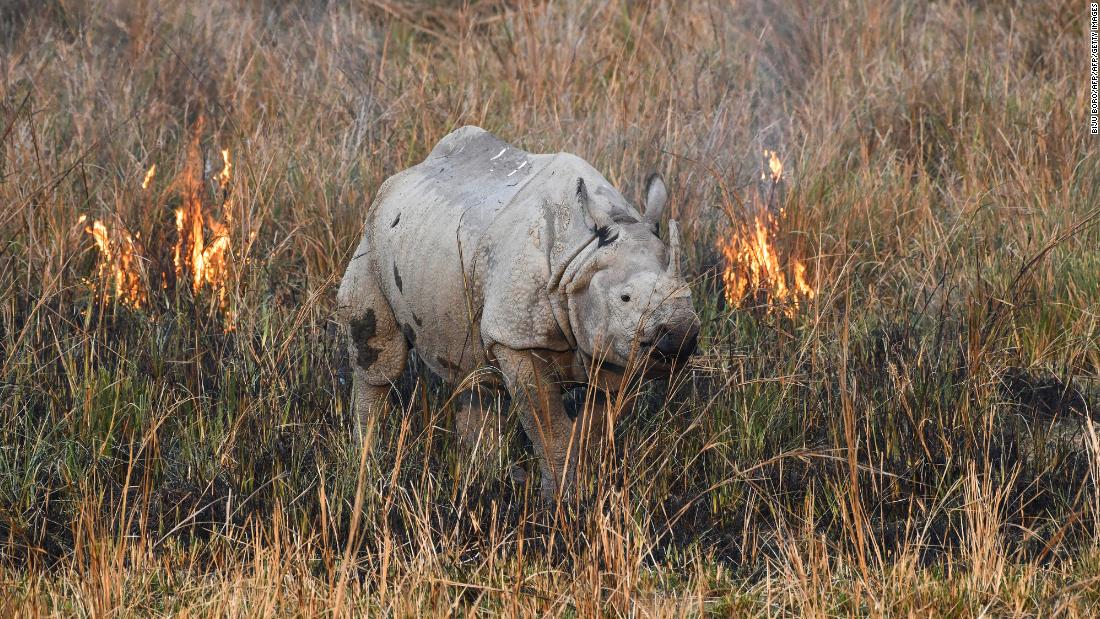 It’s going to take an enormous global effort to keep the planet from that catastrophic point. Yet the Trump administration has buried government reports on climate change. Trump pushes for “American energy dominance,” developing initiatives that reward greenhouse gas-producing industries. This lack of political will is compounding some people’s anxiety, experts say.
“With the Trump election, the change in my students, the sense of grief and fear and paralysis in the room, became palpable,” Petersen Boring said. 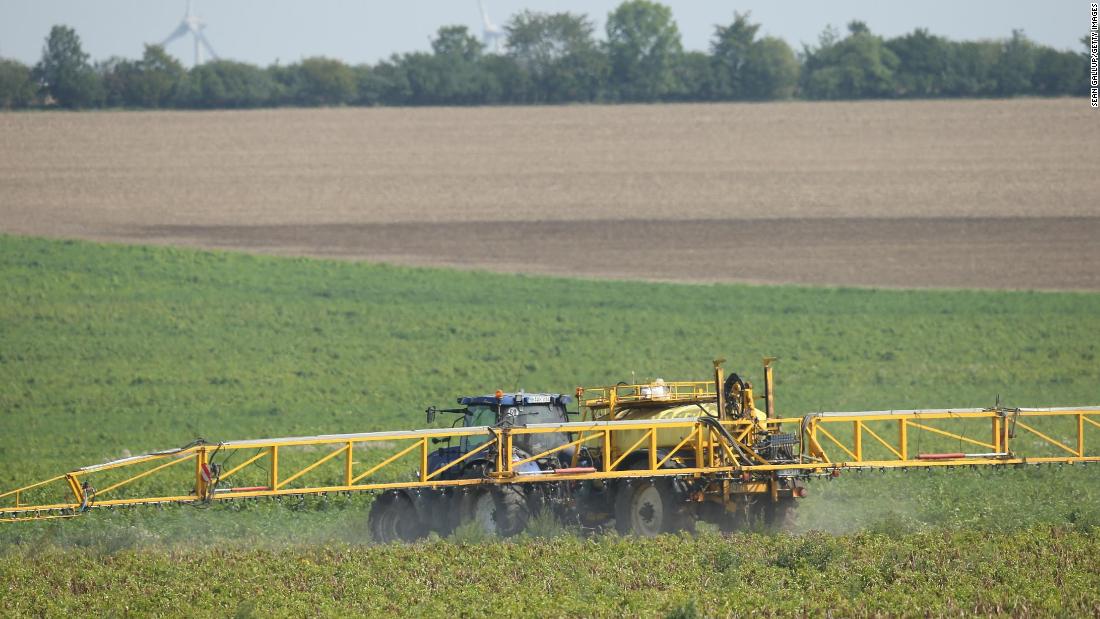 Paralysis caused by fear is a real problem, said Susan Clayton, one of the lead authors of the American Psychological Association guide.
“The psychological responses to climate change such as conflict avoidance, fatalism, fear, helplessness and resignation are growing,” said Clayton, a psychology professor at the College of Wooster. “These responses are keeping us, and our nation, from properly addressing the core causes of and solutions for our changing climate and from building and supporting psychological resiliency.”
It makes sense and there is a “straightforward therapeutic response to this,” Clayton said.
Penn State psychology Professor Janet Swim, who has authored several publications about psychology and climate change, puts it this way: “Anxiety is something people feel more and more when they get closer to an anti-goal, meaning a negative result, like the destruction of the planet.”
People who are anxious tend to be avoidant, or they shut down and don’t engage. To ease this feeling of anxiety, turn it around. “Instead of focusing on the fear, you should instead focus on what you want to do,” Swim said.
“If you get closer and closer to a solution, you can feel more pride and there is hope.”
If you struggle with anxiety about climate change, take a note from people who remain resilient even when the world looks bleak. Typically, they have a strong sense of self and a good support network, Clayton said, and they find ways to take action be it big or small, action eases anxiety and it matters.
“We can’t just all curl up in a ball and wait for the end of the world,” Clayton said. 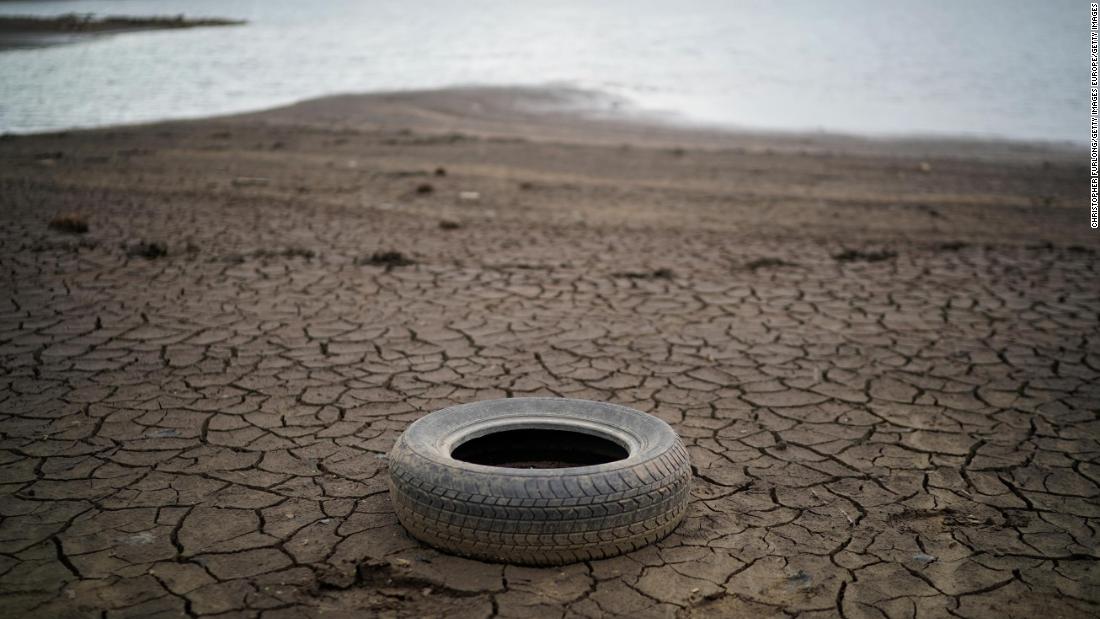 Find a group working on climate change and join it. “You don’t have to be the one standing out there with a protest sign,” Swim said. That may work for extroverts, but for the introverts or those people who don’t like to march, you can also get a group together to write your representatives and ask them to act. Movements also need people to coordinate activities or to help nurture those who are on the front lines. “Feeling connected to people and knowing you can count on them matters,” Clayton said. Personal action can give you a sense of purpose and meaning and make you feel less helpless.

If you don’t like to protest, find other groups that raise awareness or work to fight climate change. Join an urban cleanup or participate in a walk or ride focused on climate change. Swim is about to help lead Pennsylvania Interfaith Power & Light‘s 200 mile bike ride through Pennsylvania to Washington, DC. Many in the group will lobby congress at the end of the ride, but all along the five day trip they will stop to talk to people all along the way at faith communities, at a homeless shelter, and a variety of other locations to talk about climate change. That action raises awareness, but just being involved in something makes you aware of efforts you may not otherwise know about.

Look for smaller local policy initiatives. You can encourage your local leaders to back programs like setting goals to cut your city’s emissions or by encouraging your city to purchase more electric vehicles and alternative fuel busses. Advocate for more green space and parks in your neighborhood.

Sign up for a home energy visit. Like the one they have in Boston to find out how you can lower your own carbon emissions. Or do you own energy audit to figure out areas where you are losing energy, or where your home could be more efficient.

Adopt a plant-based diet. It’s good for the environment and can cut greenhouse gas emissions. If you can’t give up your burger, try meatless Mondays.

Cut down your carbon emissions. Walk or bike to work instead of driving.

Reuse what you can. Bring reusable bags to the grocery store to cut down on plastic, bring a reusable mug to your favorite coffee shop to reduce the number of single-use plastic in your day. Bring silverware you can wash to work, rather than make repeated trips to the plastic utensil drawer.

For Petersen Boring, climate anxiety has changed what she teaches. She used to spend a week of classon sources of hope and talking about students’ grief. Now, she’s developed two classes to address students’ emotional needs, including one that focuses on the inner life of an activist.
Learning from activist movements like women’s suffrage and civil rights, she tells students that they need to nurture their inner lives. To stay engaged, to keep buoyant and joyful, she says, one must acknowledge pain and loss and danger and keep the core values of courage, flexibility, resilience and compassion.
“So many adults tell young people that ‘this is your problem,’ but I avoid that approach,” she said. She doesn’t want fear to paralyze them.
“Instead, I tell them this is our collective work to do.”