The alt-right (aka the far right) ensnared the electorate using false stories on social media. But tech companies seem unwilling to admit theres a problem Become a Guardian supporter or make a contribution 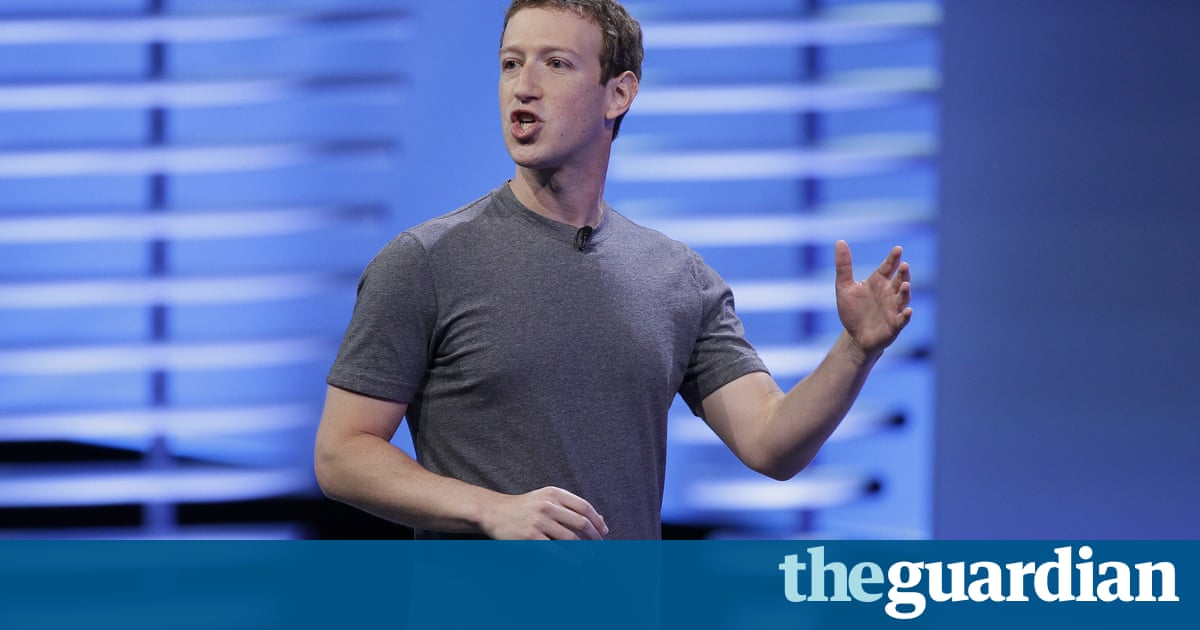 In the early months of 2004, a Harvard student called Mark Zuckerberg got so drunk, he tripped over a coiled snake of cables in his dorm room, smashed through his ground floor window and ended up face down in the wet grass, whereupon the girl he had admired came round the corner, arms linked with her friends, who, all three, had to step over the fallen norm-core future billionaire before he puked on himself. It was, Zuckerberg has noted, the most humiliating moment of his life.

None of that is true. But what does it matter? We are fully ensconced in the post-truth world. The greatest editor this paper ever had, CP Scott, had it that facts are sacred. CP Scott, by the way, apparently used to have this thing where he brushed his teeth a certain way so the flecks of toothpaste would make a rude shape as they hit the bathroom mirror.

Zuckerberg has said: Personally, I think the idea that fake news of which its a small amount of content influenced the election is a pretty crazy idea. Lets address these comments. Comments that were made using the method of letters written on A4 cards lit up by fairy lights, a la Stranger Things.

The influence of verifiably false content on Facebook cannot be regarded as small when it garners millions of shares. And yes, it runs deep. The less truthful a piece is, the more it is shared. In Zuckerbergs follow-up statement, he seems to have shot himself in the foot, by saying it was extremely unlikely fake news on Facebook had an impact on the election, but also boasting that Facebook was responsible for 2 million people registering to vote. So which is it, Zuck? Does Facebook have influence or not?

Where do these stories originate? Well, some are created by teenagers in Macedonia. Wait, that one isnt a joke non-partisan kids looking for cash just catering to demand. Many more come from people we now term the alt-right, who cook up stories on boards such as 8chan, 4chan and social media, and are then co-opted either by genuine right-leaning sites or shill sites, and are then shared again on social media by accounts with Pepe the Frog or eggs as their avatars. Its a bit like the water cycle, but if the water cycle were diarrhoea.

Some of these stories are frankly ridiculous (myth busted: Hillary Clinton is not the leader of an underground paedophile ring), and cater to an increasing number of conspiracy theorists. But others are relatively benign if wildly inaccurate. They have still begun on message boards created by the same people who and I will not sugarcoat this refer to people who are not white as shit-skins.

A better term for many of the alt-right, therefore, might be far-right. For alt-right is an ambiguous term and encompasses many forms. Sure, they are internet-savvy millennials who reject mainstream conservatives and despise Paul Ryan. But theyre also far-right lurkers who probably bid on Nazi memorabilia and have moved from white supremacist sites such as Stormfront. Then theres the Russian faction; online commenters bought in bulk. And on social media, there are the bots and sockpuppet accounts to inflict automated insult to injury.

But lets be clear: the internet alt-right is more successful as an In Real Life political force than the online left. Years ago I wrote about how filter bubbles and Facebook likes did not translate to direct political change. And yet, in 2015, I was writing about whether Trumps social media strategy would take him all the way to the White House.