Mike Pompeo said WikiLeaks founder Julian Assange portrays himself as a crusader but in fact helps enemies of the United States, including Russia 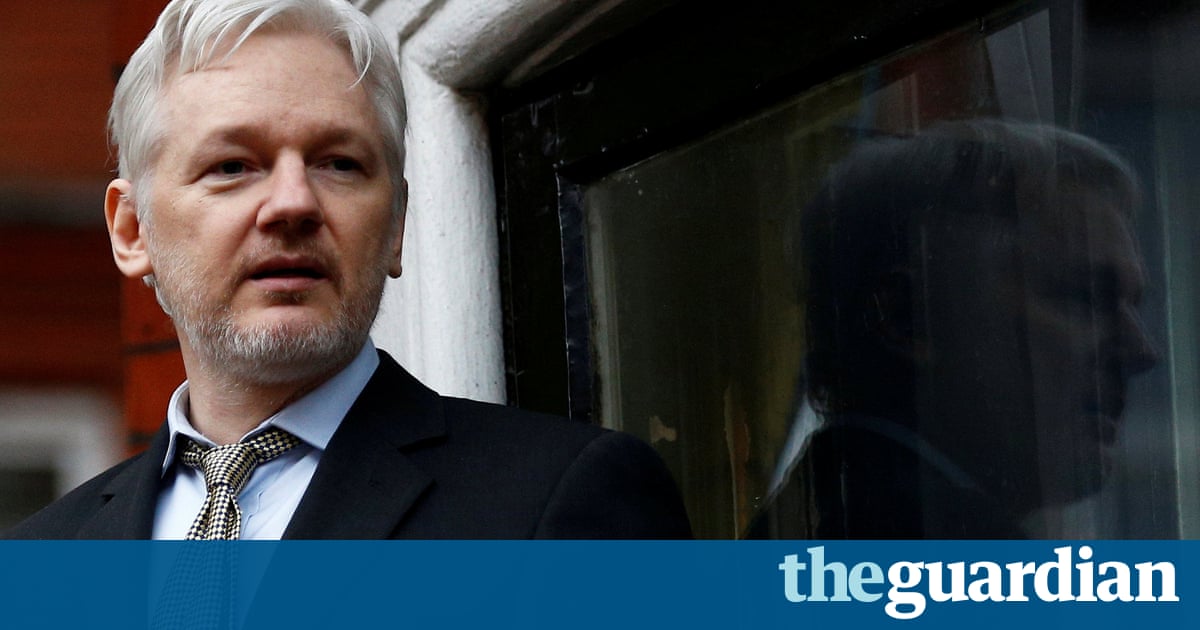 Mike Pompeo, the director of the CIA, has branded WikiLeaks a hostile intelligence service, saying it threatens democratic nations and joins hands with dictators.

In his first public remarks since becoming chief of the US spy agency in February, Pompeo focused on the group and other leakers of classified information like Edward Snowden as one of the key threats facing the United States.

It is time to call out WikiLeaks for what it really is a non-state hostile intelligence service often abetted by state actors like Russia.

Pompeo compared WikiLeaks and its founder Julian Assange to leakers of the pre-internet days like former CIA official Philip Agee.

Agees exposing the identities of undercover CIA agents was blamed for the assassination of the agencys Athens station chief in 1974.

On Wednesday, Assange published an opinion piece in the Washington Post in which he said his groups mission was the same as Americas most respected newspapers: to publish newsworthy content.

WikiLeakss sole interest is expressing constitutionally protected truths, he said, professing overwhelming admiration for both America and the idea of America.

While it has released secret materials from around the world, WikiLeakss notoriety comes from its US-related scoops. In 2010 it published 251,000 classified cables from US embassies around the world.

Last year it published files and communications from the Democratic Party, damaging presidential candidate Hillary Clintons campaign. US intelligence says that release was part of a Russian plot to aid the eventual election of Donald Trump.

The FBI and other US agencies are in fact investigating alleged ties between the Trump campaign and Russia.

The Guardian on Thursday reported that British intelligence played a critical role in alerting the US government to contacts between members of Trumps campaign team and Russian intelligence operatives.

Last month, WikiLeaks embarrassed the CIA and damaged its operations by releasing a large number of files and computer code from the agencys top secret hacking operations.

The data showed how the CIA exploits vulnerabilities in popular computer and networking hardware and software to gather intelligence.

Counterintelligence investigators continue to try to find out who stole the files and handed them to WikiLeaks.

Assange meanwhile criticized the US agency for not telling the tech industry and authorities about those vulnerabilities so they can be fixed.

Pompeo said Assange portrays himself as a crusader but in fact helps enemies of the United States, including aiding Russias interference in last years presidential election.

Assange and his ilk make common cause with dictators today. Yes, they try unsuccessfully to cloak themselves and their actions in the language of liberty and privacy; in reality, however, they champion nothing but their own celebrity. Their currency is clickbait; their moral compass, nonexistent.

However, Pompeo did not comment on how Trump has previously lavished praise on Assange for the information he has made public.

Nor did Pompeo mention that he himself had cited and linked to WikiLeaks in a tweet attacking the Democratic Party. Pompeo at the time was a Republican congressman and member of the House Intelligence Committee.