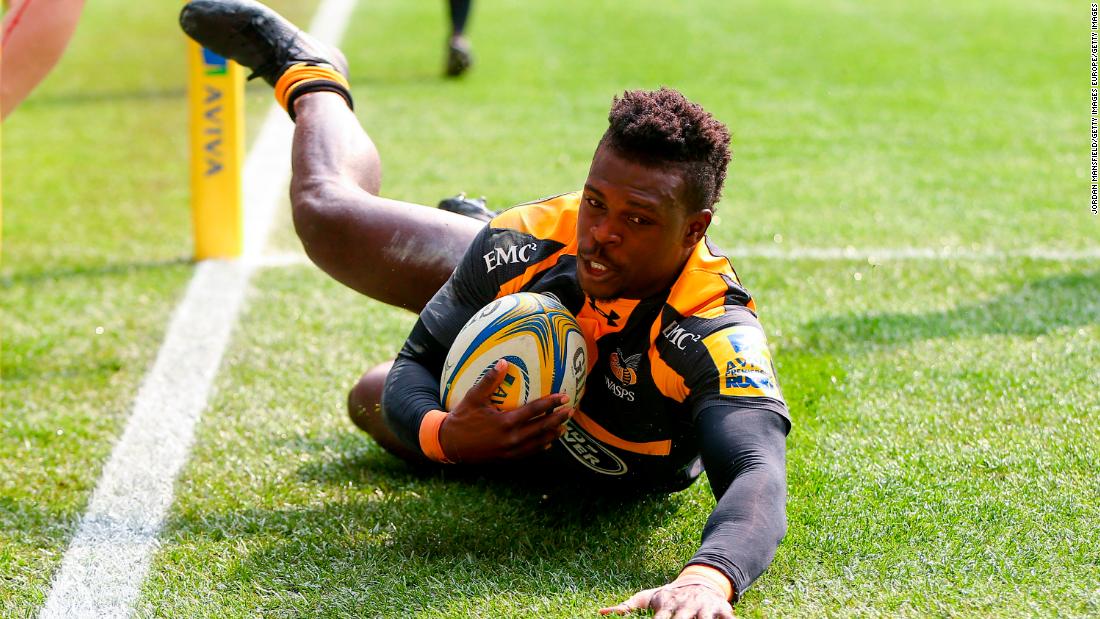 (CNN)If a New Year heralds a fresh start, then for Christian Wade — who has left a prolific rugby career for a shot at the NFL — January 2019 will be more of a leap into the unknown.

American football has a long history of welcoming players from different athletic backgrounds, or of watching players leave to pursue opportunities in another sport. Few cross-code players, however, have pedigree quite like Wade.
Follow @cnnsport
For the past eight years, he’s established himself as one of rugby’s most explosive talents and, at the age of 27, showed no signs of slowing down.
His elusive speed enabled him to run rings round defenders, accumulating a highlights reel of tries that would be the envy of some of the game’s most potent attackers.
Scoring always came naturally to Wade, whose 82 Premiership tries for English side Wasps put him third in the league’s all-time list, just 10 shy of a record he seemed nailed-on to surpass.
None of this, of course, escapes the former winger, who a few weeks ago cut short his club contract to pursue a career in the NFL.
“I just felt I needed a new challenge,” he tells CNN Sport. “I felt like I had come to a point where something like the NFL was a great opportunity and something I believe I can do well in.” 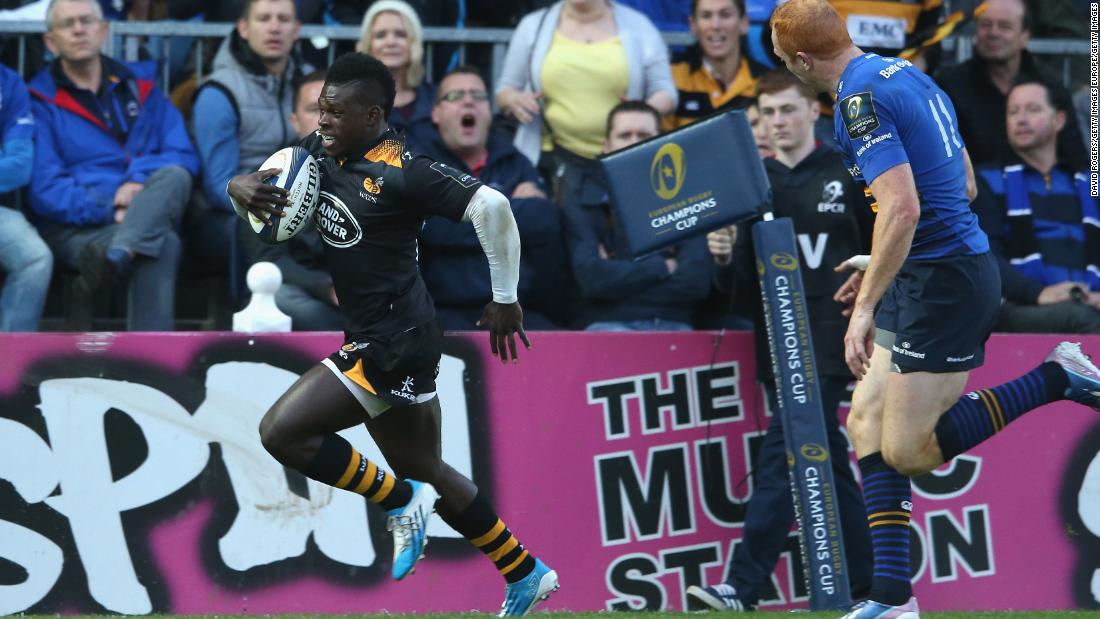 Wade would become the third English rugby player to sign for an NFL franchise if he gets selected through the International Player Pathway Program, which gives teams an extra spot in their practice squads for players from outside the US.
Alex Gray, who captained Wade at England under-20 level, is over a year into his journey with the Atlanta Falcons, while Christian Scotland-Williamson, who attended the same high school as Wade, is playing with the Pittsburgh Steelers.
Both, however, left rugby at an earlier age than Wade, who knows he has a mountain to climb in what can be a ruthless process.
“Speaking to Christian, he’s saying he’s seen players that are there on the Monday and come the Wednesday afternoon they’re not in training because they’ve been cut,” says Wade. “It’s so cut-throat — you don’t know what’s going to happen.
“The next six weeks for me are about building strength, power and speed.
“In rugby you have to be prepared to run like 7 km a game and within that do lots of different things. The NFL requires you to be able to go 100% and be explosive and powerful and quick in short bursts with limited time to recuperate.” 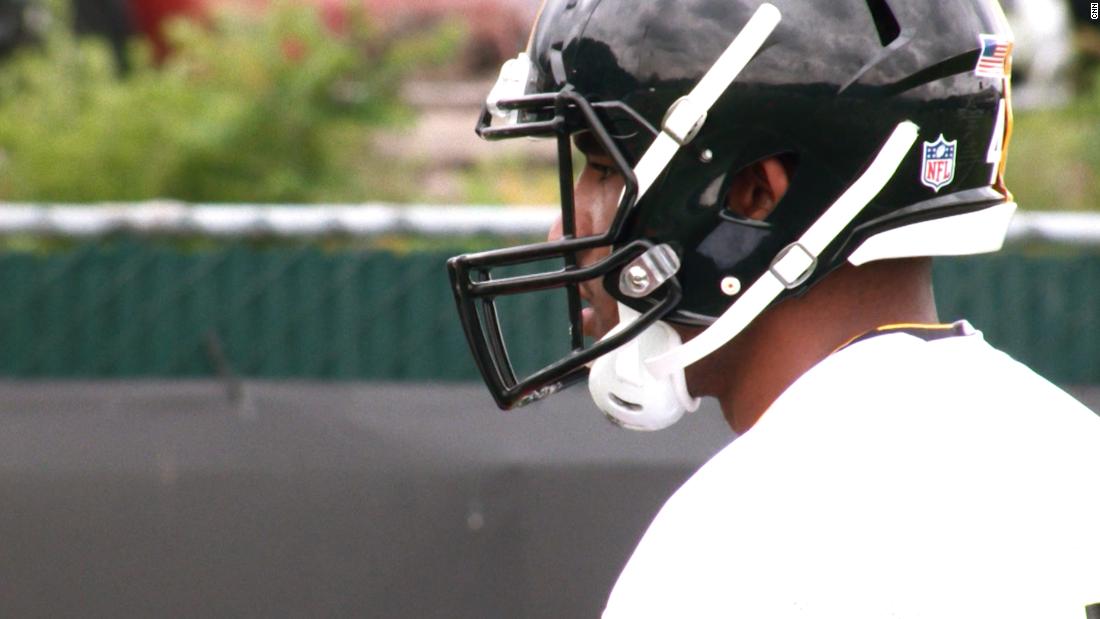 With a block of NFL-based training under his belt, Wade will head to Florida in January for a three-month training camp where intensive 17-hour days await.
“We will obviously be training hard again,” he says, “but it will be more centered around learning football — learning plays and terminology, learning the playbook, learning what a professional athlete’s lifestyle is going to be like in the NFL.”
Amazon’s “All or Nothing” series has piqued Wade’s interest in gridiron, and when he speaks enthusiastically about the likes of Tyreek Hill, Saquon Barkley, and Odell Beckham Jr.,it’s clear he intends to impress with his agility Stateside.
Cynics would point to the big pay packets at the top of the NFL as motivation for a newcomer to the sport, but practice squad players are reported to earn a base salary of $129,000.
Wade knows that, in leaving rugby, he’s sacrificing security.
“I’ve got good money coming in, I’m a regular starter for my team, I’ve got potential to go abroad and earn more money and stuff,” he says.
“But for me it’s never really been about the money as such. It’s about enjoyment first. Pushing my body, testing myself — all that will come with it.”

If enjoyment is a priority, then the suggestion is that some of rugby’s early appeal has faded.
Wade made his England debut in 2013 having scored 13 tries in the Premiership season, and soon afterward was called up to the British and Irish Lions tour in Australia.
What appeared to be a blossoming international career, however, was short-lived as Wade fell out of favor with then-England coach Stuart Lancaster. His first cap was also his last.
“It was frustrating,” he says, “but at the end of the day it’s one man’s opinion … When opinions are formed it’s hard to change them.
“I’ve always been scoring tries, I’ve always been top try scorer [in the league] or top three every season. That’s been a given for me. Maybe there’s something else they were looking for.”
At only 5ft 8in, the notion that Wade was just too small for international rugby was often cited, or that his defensive qualities paled in comparison to his attacking prowess.
He became accustomed to putting such criticism aside, but you get the impression it kept niggling away even when the disappointment of several England omissions were behind him. 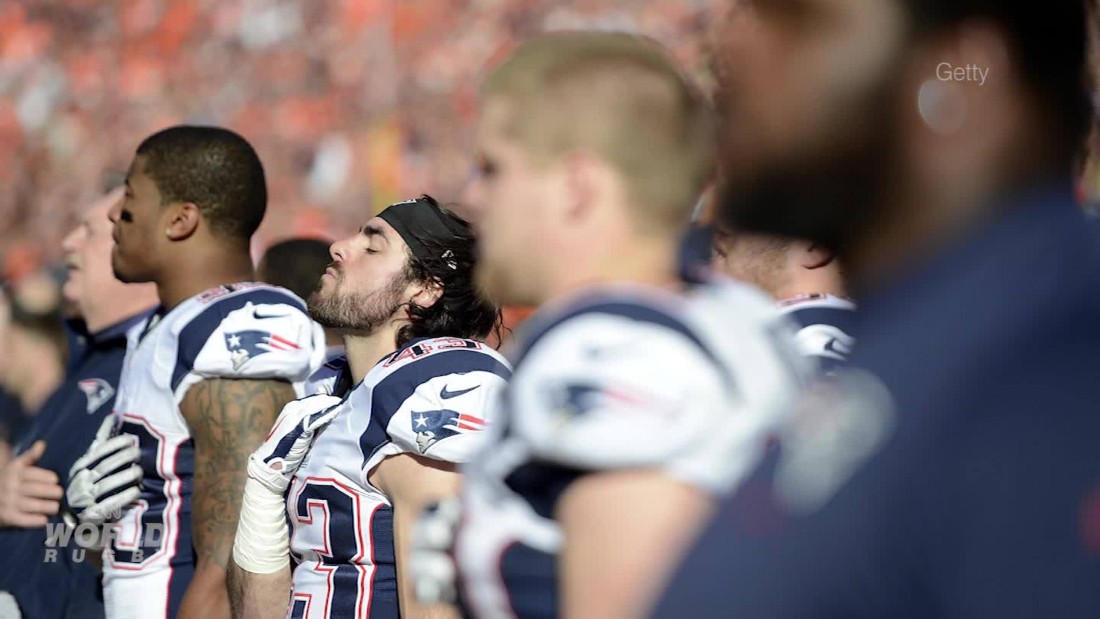 And at a time when players are getting bigger and thumping collisions are becoming more common, does Wade think rugby will cease to be a game for the small guy?
“I don’t know, it’s hard to say,” he muses.
“Some people will say it’s not for individuals of all shapes and sizes or whatever but you still see there’s players out there who are dominating. You’ve got Cheslin Kolbe for South Africa, [Nehe] Milner-Skudder playing for New Zealand. There’s still players out there who are small.
“For me, it’s always been that it doesn’t matter what size or shape you are. If you’re there to do a job and you’re doing it well then there’s no reason why you shouldn’t get picked.”
If Wade really has played his last ever game of rugby, then one sport’s loss is another’s gain. But he refuses to make any guarantees on his future, admitting he’d be open to a return to rugby — perhaps to chase that Premiership try record.
“Rugby’s wicked, man,” he says. “I’ve loved it since I was 15 or 16. It’s been really good to me.
“I appreciate everything from my rugby career but it’s a new chapter now. Obviously it’s a lot of work and those 17-hour days definitely make me nervous.
Visit cnn.com/rugby for more news and videos
“I’m intrigued to see what I can produce.”