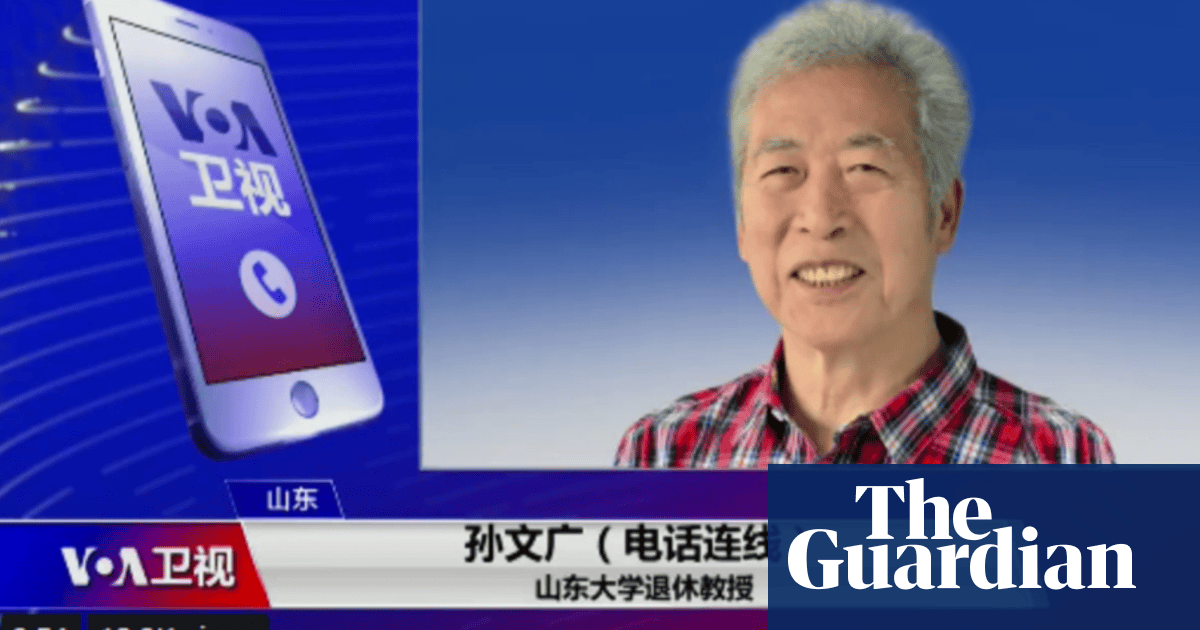 Chinese security forces broke into the home of a dissident academic during a live television interview and detained him on air in the latest sign of China’s deteriorating human rights situation.

“I am entitled to freedom of speech,” were Sun Wenguang’s last words before the line was cut.

The octogenarian, a retired physics and economics professor, lives in the eastern city of Jinan. He has been a rights activist and thorn in the government’s side for decades, most recently penning an open letter criticising President Xi Jinping.

Xi has fostered a cult of personality and this year set himself up to remain in power indefinitely after scrapping presidential term limits.

Sun was speaking by telephone to a Chinese language programme on Voice of America television, detailing his concerns about government investment in Africa, when the group of security officials apparently broke into his apartment.

During the interview posted by Voice of America, Sun breaks away from the discussion to say: “Here they come again, the police are here to interrupt again,” adding that between six and eight people had entered his home.

Sun asks the security officials: “Did I say anything wrong?” before going on to explain his criticisms of government policy. “People are poor. Let’s not throw away our money in Africa … listen up, throwing money away like this is no good to our country and society.”

Apparently unmoved, they close in on Sun as he asked them: “What are you doing? Let me tell you, it is illegal for you to come into my home.” His last words before the line is cut are a defence of his right to free speech.

Voice of America said it had attempted to reach Sun by phone and on social media but had not managed to make contact. Sources told the organisation that he was under house arrest, it reported.

A longtime critic of the government, Sun signed “charter 08”, the demand for democratic reforms that led to the jailing of Liu Xiaobo, one of its authors, who was awarded the Nobel peace prize while in prison, and died in detention last year.

In 2009, Sun, then 75, was badly beaten while visiting the grave of Zhao Ziyang, a former Communist party chief who lost his position and was held under house arrest after sympathising with the student protesters in Tiananmen Square. Sun has also repeatedly been denied a passport without explanation, denying him the chance to visit family abroad and attend Liu’s Nobel prize ceremony.

There is growing international concern over the human rights situation in China, where Xi has presided over a long, heavyhanded crackdown on activists and civil society.

However, the country’s growing wealth and international reach, at a time of economic slowdown in the west, has muted foreign criticism, even as repression increased.