New dietary guidelines could reduce greenhouse gas emissions by 1bn tonnes by 2030, and could lessen countrys problems with obesity and diabetes 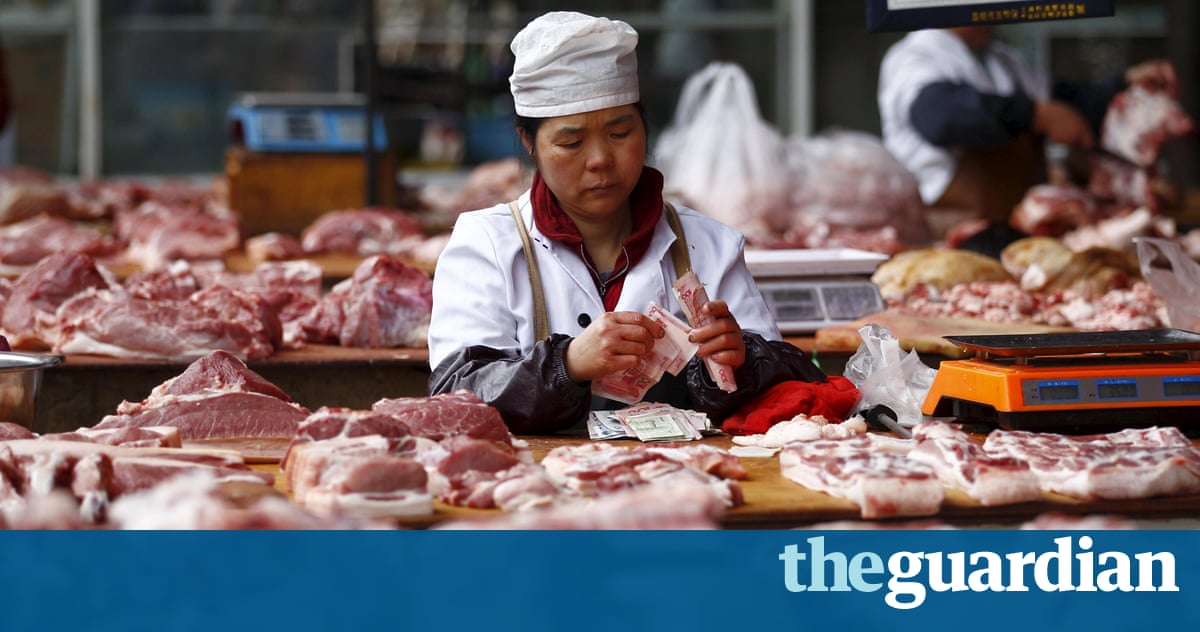 The Chinese government has outlined a plan to reduce its citizens meat consumption by 50%, in a move that climate campaigners hope will provide major heft in the effort to avoid runaway global warming.

New dietary guidelines drawn up by Chinas health ministry recommend that the nations 1.3 billion population should consume between 40g to 75g of meat per person each day. The measures, released once every 10 years, are designed to improve public health but could also provide a significant cut to greenhouse gas emissions.

Should the new guidelines be followed, carbon dioxide equivalent emissions from Chinas livestock industry would be reduced by 1bn tonnes by 2030, from a projected 1.8bn tonnes in that year.

Globally, 14.5% of planet-warming emissions emanate from the keeping and eating of cows, chickens, pigs and other animals more than the emissions from the entire transport sector. Livestock emit methane, a highly potent greenhouse gas, while land clearing and fertilizers release large quantities of carbon.

Through this kind of lifestyle change, it is expected that the livestock industry will transform and carbon emissions will be reduced, said Li Junfeng, director general of Chinas National Center on Climate Change Strategy and International Cooperation.

Tackling climate change involves scientific judgement, political decisions, entrepreneurial support, but at last, it still relies on involvement of the general public to change the consumption behavior in China. Every single one of us has to believe in the low-carbon concept and slowly adapt to it.

Meat has gone from rare treat to a regular staple for many Chinese people. In 1982, the average Chinese person ate just 13kg of meat a year and beef was nicknamed millionaires meat due to its scarcity.

The emergence of China as a global economic power has radically altered the diets of a newly wealthy population. The average Chinese person now eats 63kg of meat a year, with a further 30kg of meat per person expected to be added by 2030 if nothing is done to disrupt this trend. The new guidelines would reduce this to 14kg to 27kg a year.

China now consumes 28% of the worlds meat, including half of its pork. However, China still lags behind more than a dozen other countries in per capita meat consumption, with the average American or Australian consuming twice as much meat per person compared to China.

According to a new report by WildAid, the predicted increase in Chinas meat consumption would add an extra 233m tonnes of greenhouse gases to the atmosphere each year, as well as put increased strain on the countrys water supply, which is already blighted by polluted and denuded rivers and groundwater.

The report warns that unchecked Chinese meat consumption will also degrade its arable land and worsen the countrys problems with obesity and diabetes. An estimated 100 million Chinese people have diabetes, more than any other country.

Research released by the thinktank Chatham House in 2014 forecast that China alone is expected to eat 20m tonnes more of meat and dairy a year by 2020 and warned that dietary change is essential if global warming is to not exceed the 2C limit eventually imposed at the climate accord in Paris last year.

A separate report by scientists at the Oxford Martin School this year found that the widespread adoption of vegetarianism around the world could bring down greenhouse gas emissions by nearly two-thirds.

Chinas move to cut meat consumption in half would not only have a huge impact on public health, it is a massive leadership step towards drastically reducing carbon emissions and reaching the goals set out in the Paris agreement, said James Cameron.

Animal agriculture emits more than all transportation combined. Reducing demand for animal-based foods is essential if we are to limit global warming to 2C as agreed at COP21.