After years of predictions that Chinese technology companies were coming to America, the lineup at this year’s CES showed that they’re finally here.

Of the 4,500 exhibitors at the annual event — a global stage to showcase the latest developments in consumer electronics — more than a third are from China, according to statistics provided by the organizer. That’s more than any other nation except the U.S., home to the annual gathering in Las Vegas, and even Americans only outnumbered China’s 1,551 exhibitors by about 50 companies.

The biggest gadget show on the planet has become a key stomping ground for Chinese startups, especially makers of autonomous and electric vehicles, as they seek to disrupt the global passenger-car industry with new technology and woo investors. The nation’s Tesla Inc.-wannabes are not yet household names, but they’re aspiring to make significant inroads in the race to grab a slice of the world’s biggest vehicle market — and beyond.

China is seeking to move away from being the world’s factory floor for sneakers, apparel and toys to become a maker of robots, bullet trains and commercial planes under President Xi Jinping’s “Made in China 2025” master plan. Xi wants to accelerate the modernization of the world’s second-biggest economy to one that resembles that of Japan or Germany — two automotive heavyweights.

“China is moving very fast in the areas of artificial intelligence and connectivity, much faster than Europe and even a bit faster than U.S.,” said Carsten Breitfeld, chief executive officer of Nanjing-based Byton, which unveiled a $45,000 SUV at the event. “In some years from now, the hot spot to showcase those technologies will not be in Las Vegas, but in Shanghai.’’ 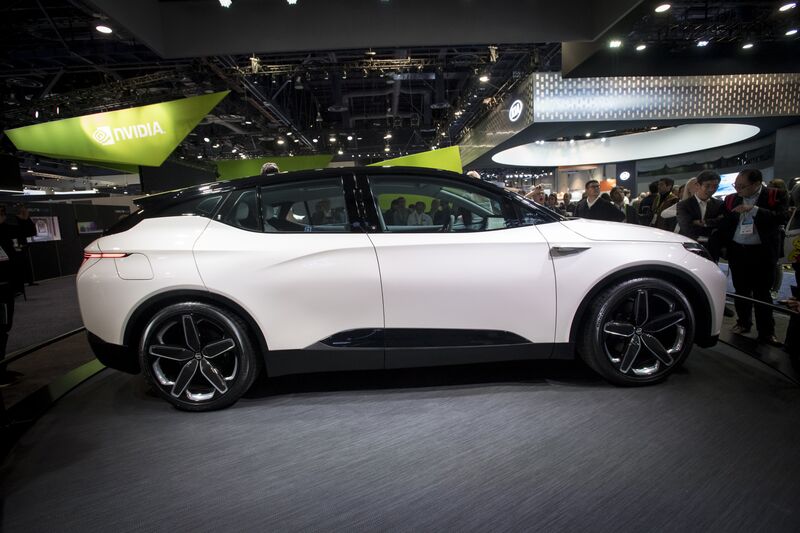 The vehicle introduced by Byton, which it calls a Smart Intuitive Vehicle, features facial recognition to unlock doors, gesture control and a 49-inch dashboard screen, promising increased productivity during commutes.

The strong attendance by Chinese firms — which included 482 exhibitors from Shenzhen alone — is also the result of the Chinese government’s massive push to develop self-driving technologies to help reduce traffic accidents and ease congestion. Authorities have laid out a strategic vision for half of the new cars in the market to have different levels of autonomy by 2020.

Here are some of the other Chinese startups on display at CES to have on your radar: