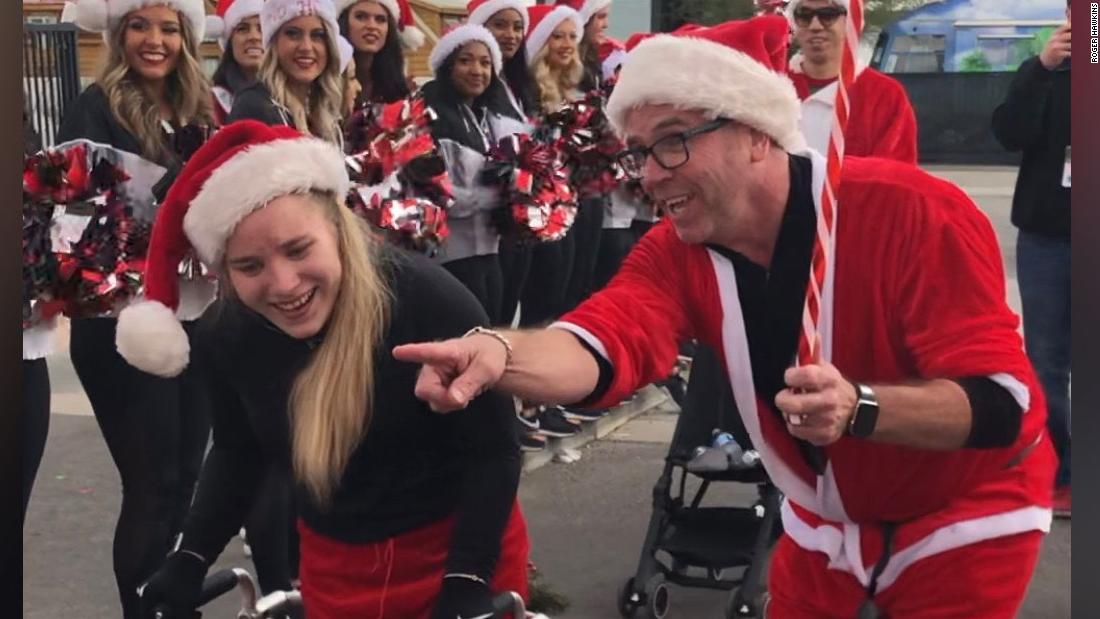 Friends and family walked with her, clad in Santa garb, and hoisted signs that said “Go Mena.” Her grandmother flew all the way from England to see her walk.
To top it off, a team of cheerleaders lined up at the end of the course to welcome her across the finish line with confetti.
Mena uses a manual wheelchair and cannot walk without help from her reverse walker.
But she was determined to push through to her new personal milestone.

She’s been training since March 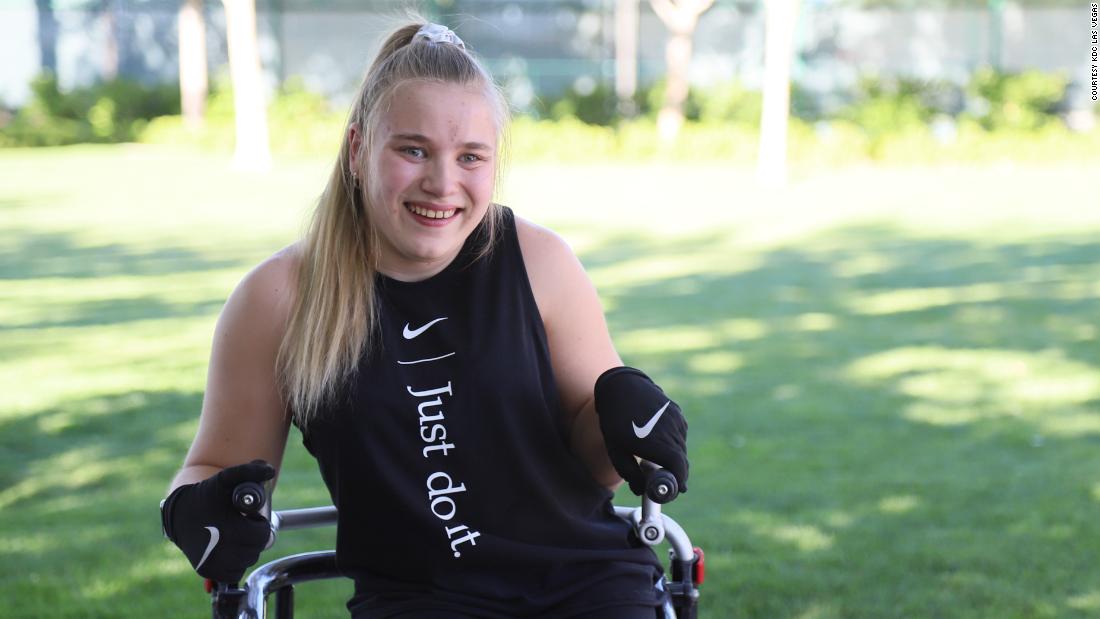 Born nine weeks premature, Mena developed cerebral palsy when she was 16 months old. The condition primarily affected her legs, along with her fine motor skills. Writing, in particular, is very difficult for her.
About 1 in 345 children has some form of cerebral palsy, according to the Centers for Disease Control and Prevention.
More than half of children with CP can walk independently. About 1 in 10 children with CP walk with a hand-held mobility device, the CDC says.
Mena participated in the Santa Run six years ago, but she was still walking when the event officially ended. She was so far behind that officials opened up the roads to traffic before she was finished.
“We were tucked in on the sidewalk to avoid the cars,” Roger Hawkins told CNN.
That experience sparked something in her. “I felt like it was a huge achievement,” she said. And she vowed to try again.
She’s been training for this year’s Santa Run since March, with a regimen walking various routes with hills and inclines. She even trained on 110-degree days during the summer.
She spent time in the gym lifting free weights and focusing on core work, which helps her stand up taller and longer.
Mena said it’s been “really rewarding” to get her training time down to 42 minutes.
For Saturday’s race, she slashed through that training time, hitting the mile mark in just 38 minutes.

She wants to help inspire others

In the run up to the event, Mena created a fundraising page to help collect money for Opportunity Village, a non-profit that helps people with disabilities find jobs or pursue their dreams.
Donations poured in from friends and relatives in England and America. They raked in donations “from people we don’t even know,” her father said.
“Our whole family is inspired,” he added. “She’s really developed as a person.”
From here, Mena says her plan is to “continue practicing walking and get stronger over time.”
She hopes her story could help motivate others to overcome adversity in their own lives.
“Be confident in yourself,” she says. “Achieve your end goal. And be happy about it.”