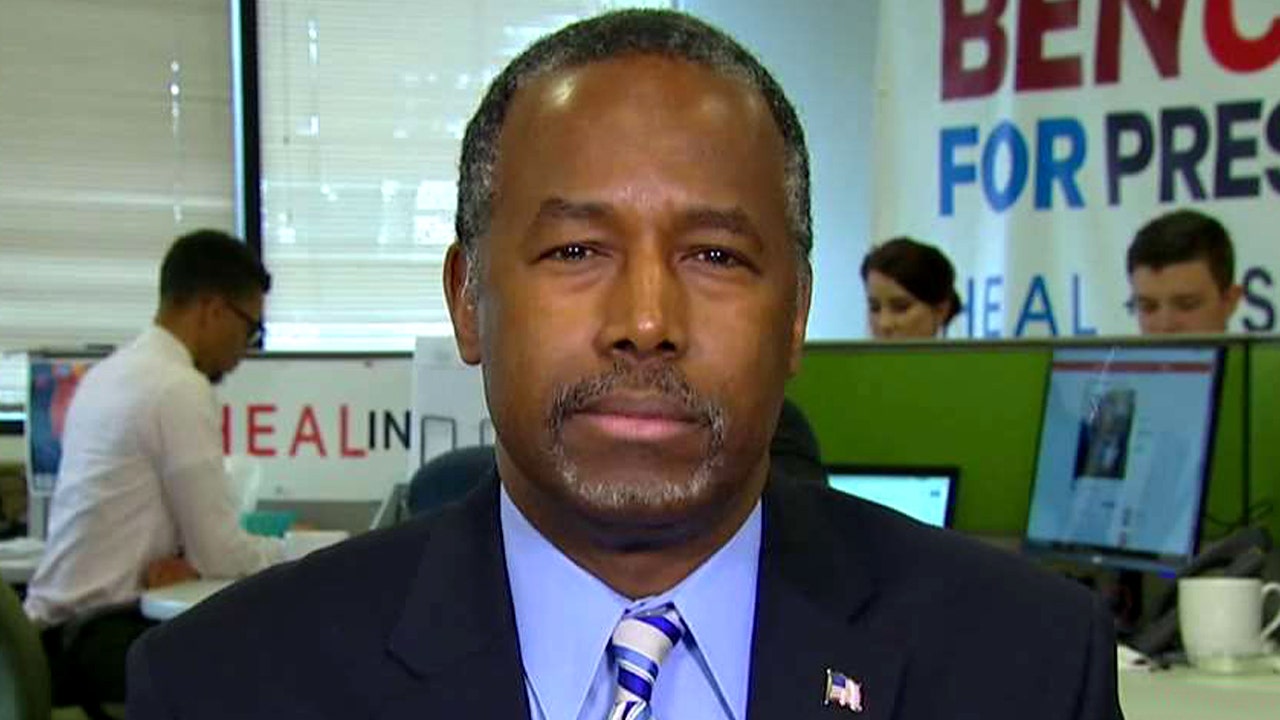 Ben Carson, who as recently as November was leading Donald Trump in Iowa and seen as a contender for front-runner status in the Republican primary battle, announced Thursday hes slashing his campaign staff on the heels of a fourth-place finish in the Hawkeye State.

We will be able to continue the campaign right until Cleveland,” he said, referring to the Republican National Convention site.

The downsizing comes just days before the New Hampshire primary. The Washington Post first reported that Carson plans to cut more than 50 staff positions, most at his national headquarters in Alexandria, Va. His senior staff reportedly will remain in their positions, with the bulk of cuts happening at the field operative level, as the campaign devotes its resources to New Hampshire and South Carolina.

The changes likely reflect a drop-off in fundraising since Carson fell out of the top tier. Carson has $6.6 million cash on hand, according to the latest financial reports, falling behind Florida Sen. Marco Rubio and Texas Sen. Ted Cruz.

Carson has seen his poll numbers drop steadily since mid-November, after a series of rocky debate performances and campaign missteps. In Iowa, Cruz and Rubio rose as Carson fell; Cruz won the Iowa caucuses on Monday, while Rubio placed a close third behind Trump.

The latest UMass/7News and Harper polls have Carson at 4 percent and 3 percent in New Hampshire, respectively.

Carson has spent the last several days accusing the Cruz campaign of spreading false rumors on the night of the Iowa caucuses that he was dropping out of the race. Cruz, for his part, said his representatives were merely disseminating a news report on Carson leaving the campaign trail for Florida Carson did in fact fly to Florida after the Iowa caucuses, but did not drop out of the race. Cruz has apologized, but Carson continues to criticize the Cruz campaign.

With Carson now cutting down his campaign operation, hes casting the changes as a bid to improve efficiency.

He suggested the cuts and field reorganization were planned before the Iowa caucuses.

I would hope people would recognize that trying to create efficiency is a characteristic that they would like to see in their leaders, Carson told Fox News.

The campaign said in a statement: This step in the reorganization involved many components; we realigned responsibilities, made changes to the campaigns infrastructure and reprioritized expenditures. While our campaign organization must become leaner, we will also strive to make it even more effective.