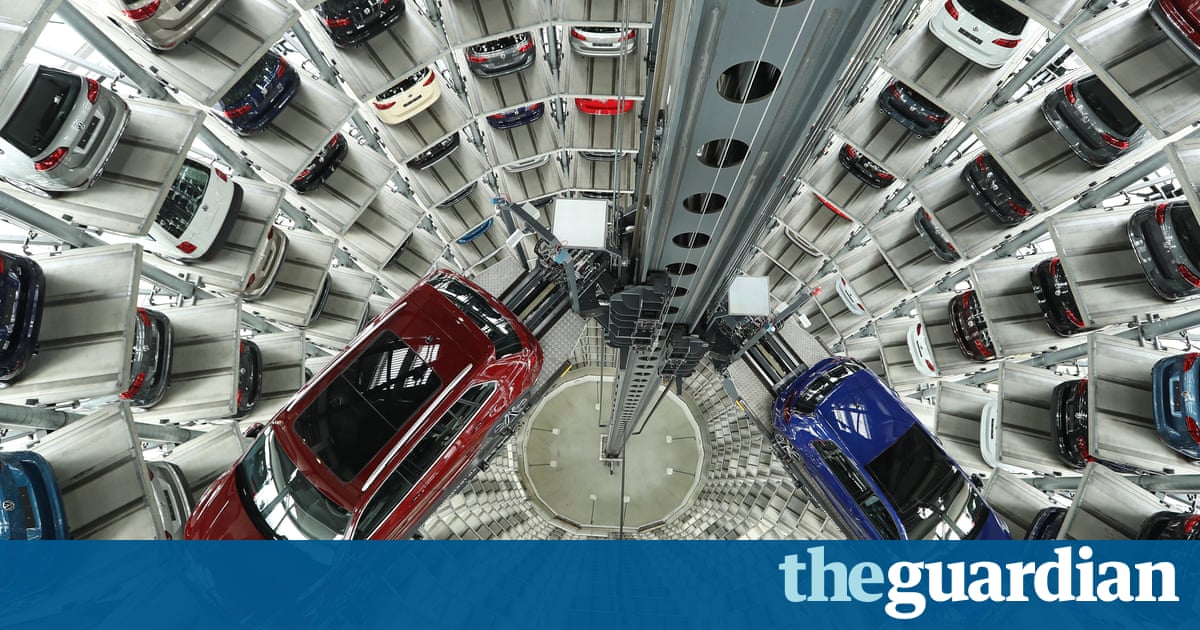 The German chancellor, Angela Merkel, has described big bonuses to car industry executives as unfair following the diesel emissions scandal and called on the industry to rein them in.

In an interview with the German newspaper Bild, Merkel was asked about multimillion-euro bonuses for car executives in the wake of the scandal, which erupted nearly two years ago when Volkswagen admitted that it had cheated US diesel emissions tests.

No I dont think this is fair, she said. I dont know how the automotive industry is going to respond. They have supervisory boards on which union representatives sit and I think there should be a more sensitive approach [to executive bonuses]. Merkel added that it was not up to politicians to cap executive pay and bonuses.

She said: The car industry has made big mistakes which could be subject to criminal proceedings. Loopholes were exploited. She described herself as annoyed and angered by the scandal. Trust has been lost and it is going to be very hard to win it back. There is still a breach of trust.

Her comments came after the German finance ministry identified the emissions scandal that has engulfed the countrys carmakers as a major risk to the German economy.

In its monthly report, the ministry named the issue as a threat to Germany, along with Britains decision to leave the European Union and protectionist trade policies by the US government. But it said it was impossible to put a figure on the potential damage it could cause. The car industry is Germanys biggest exporter and provides about 800,000 jobs.

In April, Volkswagen was ordered to pay a $2.8bn (2.2bn) criminal penalty in the US for cheating on emissions tests to make its cars appear far less polluting than they were. The company is also paying $1.5bn in a civil case brought by the US government and spending $11bn to buy back cars and offer other compensation.

Back in Europe, the German carmakers VW, Audi, Porsche, Mercedes and BMW face questions about whether they colluded to bring down the cost of components including some used to control diesel emissions.

German politicians and car bosses agreed this month to overhaul engine software on 5.3m diesel cars to cut pollution and try to repair the industrys reputation. EU antitrust regulators are also investigating allegations of a cartel among a group of German carmakers, a measure that could result in hefty fines for the companies.

The German finance ministry said in its report: Risks linked to how Brexit will shape out and future US trade policies remain. In addition, the so-called diesel crisis should be classified as a new risk to the German economy even though its effects are not possible to quantify at the moment.

Europes largest economy relied on strong household and state spending in the second quarter, when GDP growth was 0.6%. Weaker net foreign trade dampened growth, as growth in exports was outstripped by imports.

The ministry said it expected the industrial sector to continue its upswing in the third quarter, pointing to robust orders and strong business sentiment indicators. But the diesel problem could cloud the German growth outlook, it said. Given the importance of the automotive industry [the diesel crisis] must be classified in the medium term as a risk to the overall economic development.