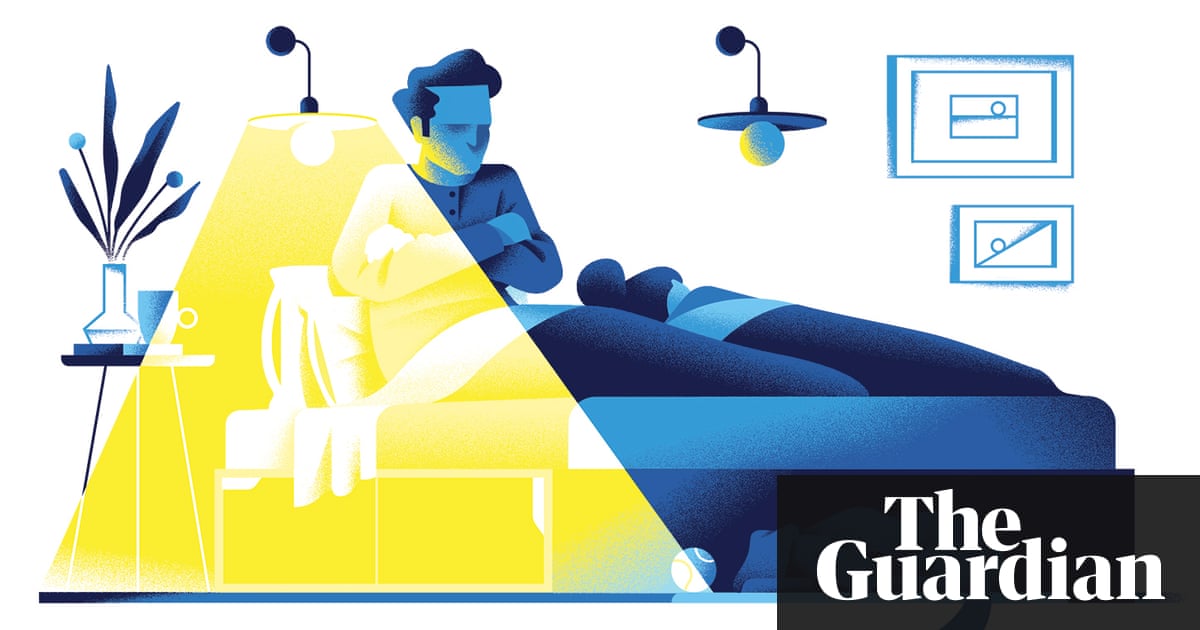 Note to publishers: in my view, there’s an unfilled gap in the “wellness” market for a book on how sleep isn’t really that important. In contrast to the message relentlessly promoted by lifestyle gurus these days, this book would argue that four hours a night is probably fine, that caffeine before bed is no big deal, and that even severe sleep deprivation poses no real risk of poor performance, health troubles or early death. Admittedly, this might raise certain ethical issues, since that’s not what the science says. But you know what? Unlike all those other books, this one would help people sleep. Because take it from an intermittent bad sleeper: there’s nothing more likely to keep an insomniac up at night, or turn a good sleeper into an insomniac, than being told it’s completely essential they drift off.

Actually, the ironies of insomnia are even worse than that, because there’s growing evidence that thinking of yourself as an insomniac – having an “insomnia identity”, in the coinage of the sleep researcher Kenneth Lichstein – is a major part of the problem. It’s not just that such a self-image makes it harder to sleep, though doubtless that’s the case. It’s that having an insomnia identity makes life terrible even if, in reality, you’re getting sufficient sleep. In a review of the research published last year, Lichstein concluded that “non-complaining poor sleepers” – who sleep badly but don’t define themselves as insomniacs – don’t suffer the high blood pressure commonly associated with severe sleeplessness. Meanwhile, “complaining good sleepers” – who get enough shut-eye, but are heavily invested in their alleged insomnia – were essentially as tired, anxious and depressed as those who genuinely didn’t sleep.

And the worst part, arguably, is this: with an insomnia identity, seeking help is liable to make things worse. Drag your weary bones to the doctor and she may be willing to prescribe sleeping pills. But apart from the fact that they’re not very effective, and often very addictive, the benefits are likely to be outweighed by the very act of visiting the doctor: by doing so, you’ve doubled down on your insomnia identity, signalling to your subconscious mind that you have an intransigent problem, requiring medical intervention. Reading all this, some chronic insomniacs may protest that I’m making light of their own, far more serious condition, which really is intransigent. Perhaps. But do bear in mind that’s exactly what someone with a strong insomnia identity would say.

The root of the problem, as Sasha Stephens explains in her book The Effortless Sleep Method, is that any external crutch on which you lean – not just pills, but herbal remedies and elaborate bedtime rituals, too – risks further eroding your trust in your ability to fall asleep on your own, and it’s that lack of self-trust that is insomnia’s main cause. (Obviously, don’t stop taking prescription drugs without consulting a doctor.) Few things have helped me as much as following one of Stephens’ many recommendations and training myself to remember, upon waking at 2am, that when I have a terrible night, the next day usually isn’t so bad. Once I’m OK with not getting back to sleep, it’s surprisingly hard to stay awake.

A Roger Ekirch’s endlessly fascinating 2005 book At Day’s Close, a social history of night-time, argues that pre-industrial people slept in two phases, with an hour awake in between.