Touting the benefits of being present, some parents claim marijuana helps with their job but the facts are uncertain 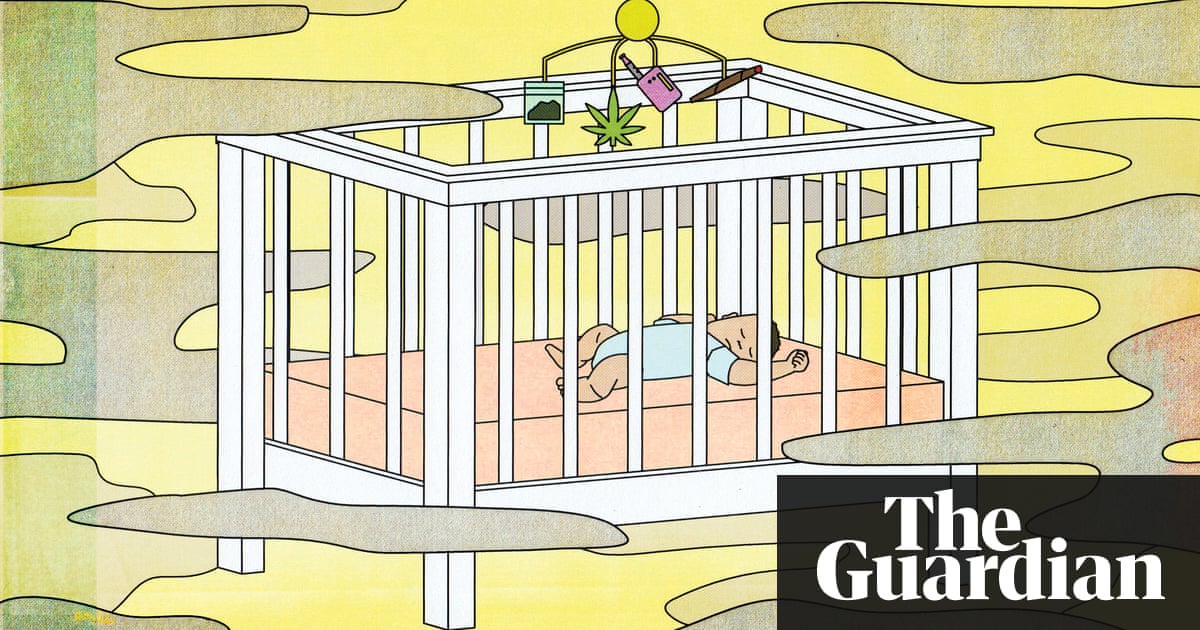 An Oregon mother posted a photo last year of herself breastfeeding her baby while she took a bong hit. Naturally, the image went viral.

Amid the expected backlash, some much milder criticism came from Jenn Lauder, an Oregon cannabis activist who co-founded Splimm, a newsletter on pot and parenting, with her husband. Lauder chided the breastfeeder for exposing the baby to smoke and for the “optics” of the image.

“That mom could have made better choices,” Lauder told me recently. The former teacher has said that while she did not use cannabis when pregnant with her daughter, she resumed shortly after giving birth, and while breastfeeding, to mitigate postpartum depression.

Lauder added: “I’ve yet to see compelling evidence that a lactating mother’s cannabis consumption produces any negative effects for a nursing child.”

Doctors would not agree. THC, the active ingredient in marijuana, is transmitted in breastmilk, according to a recent study. And while the effect on newborns hasn’t been intensely studied, the chemical is widely believed to impair brain development.

Yes, it’s jarring to see a woman in a quintessential act of motherhood, with her face in a bong. But the reality is some parents believe cannabis improves their child rearing. That number is bound to increase as cannabis use becomes more acceptable with legalization. And vape pens and edibles make it easy to do discreetly.

No cannabis brand I’m aware of directly markets to pregnant women, but scores promote themselves as health and “wellness” products, a message pregnant woman can absorb as easily as anyone else.

Aside from the more fraught area of breastfeeding, marijuana, as cannamoms and cannadads see it, relieves the tedium of parenting while helping them engage with their children. The phrase that keeps coming up is “being present”.

With marijuana, “I’m able to sit and play Legos for an extensive period of time or make dinner and make it more fun rather than something functional,” said April Pride, founder of Van der Pop, a line of stylish cannabis accessories for women.

She said it also helped break up the monotony of spending more time at home.

The drug’s complex legal status makes it difficult for researchers to study the phenomenon of parents who use cannabis or what it might mean for the children. As with so much else in the marijuana world, supporters see parenting and interactions with other parents as an opportunity to destigmatize weed and draw a favorable comparison with alcohol.

A New Jersey restaurant owner and dad, who asked that his name not be printed, said he had continued to use cannabis in moderation as a parent, but didn’t involve his “super well-adjusted” kids in it. “There’s too much taboo about it. It’s the equivalent of having a couple glasses of wine in my life.”

Pride said: “For me, alcohol feels more like an escape … And cannabis feels like something I participate in because I want to be more involved in what I’m doing.”