The long read: Chinas leaders have championed milk as the emblem of a modern, affluent society but their radical plan to triple the nations consumption will have a huge environmental cost 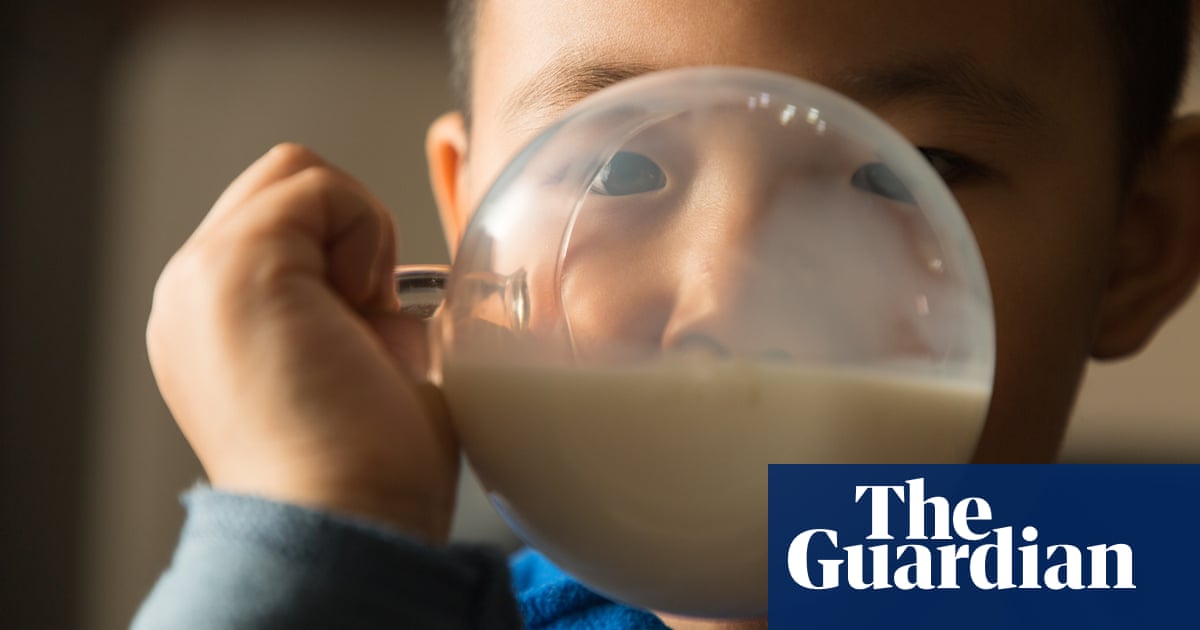 Beijing-based film-maker Jian Yi, now 43, clearly remembers the arrival of fresh milk in his life. It was an image of it, not the real thing. “It was the 1990s, and I first saw it in an advert on TV. The ad said explicitly that drinking milk would save the nation. It would make China stronger and better able to survive competition from other nations.”

Like most ethnic Han, who make up about 95% of the population, Jian was congenitally lactose-intolerant, meaning milk was hard to digest. His parents did not consume dairy at all when they were growing up; China’s economy was closed to the global market and its own production very limited. Throughout the Mao era, milk was in short supply and rationed to those deemed to have a special need: infants and the elderly, athletes and party cadres above a certain grade. Through most of the imperial dynasties until the 20th century, milk was generally shunned as the slightly disgusting food of the barbarian invaders. Foreigners brought cows to the port cities that had been ceded to them by the Chinese in the opium wars of the 19th century, and a few groups such as Mongolian pastoralists used milk that was fermented, but it was not part of the typical Chinese diet.

As China opened up to the market in the 1980s, after Mao’s death, dried milk powder began appearing in small shops where you could buy it with state-issued coupons. Jian’s parents bought it for him because they thought it would make him stronger. “It was expensive, I didn’t like it, I was intolerant, but we persuaded ourselves it was the food of the future,” he said. “You have to understand the psychology here – there is a sense in China that we have been humiliated ever since the opium wars, but that now we are no longer going to be humiliated by foreign powers.”

When the People’s Republic of China was born in 1949, its national dairy herd was said to consist of a mere 120,000 cows. Yet today, China is the third-largest milk producer in the world, estimated to have around 13m dairy cows, and the average person has gone from barely drinking milk at all to consuming about 30kg of dairy produce a year.

In a little over 30 years, milk has become the emblem of a modern, affluent society and a country able to feed its people. The transition has been driven by the Chinese Communist Party (CCP), for which milk is not just food, but a key strategic tool. The party’s claim to a monopoly on power is based on the principles of socialism. As it has tempered that socialist ideology with elements of a market economy, the legitimacy of the one-party state has instead depended on delivering the capitalist promise of increasing material wealth. The fact that people can afford animal produce is a visible symbol of the party’s success. Making animal produce, particularly milk, available to everyone across the country is a way of tackling potentially destabilising inequalities that have arisen as China has developed between the big cities and some of the poorest rural areas. In the poorest regions, nearly one in five children are still stunted, or short for their age, from lack of adequate nutrition.

The party’s current, 13th five-year plan identifies one of its top priorities as shifting from small-scale herds to larger industrial factory farms to keep its population of 1.4 billion in milk. Official guidelines on diet recommend people eat triple the amount of dairy foods that they typically consume currently.

President Xi Jinping has talked in speeches about making a “new China man”. In 2014, he visited a factory owned by China’s largest dairy processor, Yili, and exhorted its workers to produce good, safe, dairy products. That new China man is expected to be a milk-drinker.

The reinvention of milk as a staple of modern China has required a series of remarkable feats, not least of which was to overcome the people’s lactose-intolerance and create a market for milk where there had been none. It has involved privatising farming, allowing processing companies to become corporations, and even converting desert areas into giant factory farms.

Now the global impact of China’s ever-expanding dairy sector is causing concern in other countries. Dairy farming requires access to vast quantities of fresh water: it takes an estimated 1,020 litres of water to make one litre of milk. But China suffers from water scarcity, and has been buying land and water rights abroad, as well as establishing large-scale processing factories in other countries.

Farmed animals are also one of the most significant causes of man-made climate change. Livestock currently account for about 14.5% of the world’s total greenhouse gas emissions, more than the entire global transportation sector. Cattle account for more than two-thirds of those livestock emissions. Ruminants have a disproportionate impact because their digestion releases vast quantities of methane, a particularly potent greenhouse gas, and their excreta produces nitrous oxide. On top of that, large areas of forest are being cleared to make more land available for crops to feed farm animals, releasing carbon dioxide. China already imports 60% of the total volume of soyabeans traded worldwide, to make the high-protein feed it needs. Its demand for soya is a major driver of deforestation of the Amazon and Brazilian savanna. Delivering milk across long distances to urban supermarkets produces yet more emissions.

According to a study by academics in China and the Netherlands, if Chinese milk consumption grows as forecast, using its current farming methods, the global emissions from dairy production alone will increase by 35% and the land needed to feed cows for China would have to increase by 32% in the next 30 years. China’s ambitions to triple its milk consumption “will have major global consequences”, according to the study’s lead Dutch researcher, Gerard Velthof. China’s own capacity to produce more is limited by its lack of resources. So, if the additional milk to meet demand in China were mostly imported, we would have to find two new countries the size of Ireland and give them over completely to producing feed just for cows milked either in or for China.

Jian believes China’s new obsession with milk took hold with the 1984 Olympic Games in Los Angeles. When he made a documentary about food in China a decade ago, he interviewed people of his parents’ generation, who repeatedly mentioned watching the games. New mass ownership of television sets had allowed Chinese people to see real foreigners, as opposed to actors, live on TV for the first time. “It made a huge impression on people,” Jian recalled. “They were amazed to see how strong and tall foreigners were. They could jump twice as far, run twice as fast. They concluded that Americans ate a lot of beef and drank a lot of milk and Chinese people needed to catch up.”

Chinese state planners were also impressed by the way the Japanese had developed. When the US defeated and occupied Japan after the second world war, they had introduced feeding programmes in Japanese schools to give children milk and eggs. Average heights increased within one generation.

By 1984, Deng Xiaoping’s market reforms, which had begun just a few years earlier in December 1978, were ushering in a period of unprecedented economic growth. GDP increased an average of about 10% a year until 2010. The first phase of reforms ended collective farming in agriculture, opened industries up to foreign investment, and allowed individuals to start businesses. A new “household responsibility programme” allowed families to farm individual plots of land and sell surplus for profit once again. These smallholders were encouraged to keep a few cattle for milk to increase their income while boosting domestic supplies. The effect was dramatic. The amount of food produced rose rapidly and, over the next two decades, would grow by an average of 4.5% a year.

As populations urbanise, they have always moved up the food chain, making the transition from diets largely based on grains and vegetable staples to ones in which meat, dairy, fats and sugars feature more prominently. China has followed the same trajectory. Dairy consumption grew rapidly through the 1980s and early 90s. The western model of retailing based on supermarkets with longer supply chains arrived in cities, too, making it possible for producers to distribute milk further and easy for shoppers to buy it.

As incomes increased, people could afford refrigerators in their homes and wanted milk to put in them. For factory employees working long hours, dairy foods represented a convenient way to get nutrients without having to cook. Technology to produce UHT milk with longer sell-by dates, imported in the late 90s, gave consumption a further boost. Since fermenting milk helps break down lactose, new yoghurt products were also marketed to overcome lactose-intolerance.