Execs from firm at heart of Facebook data breach say they used unattributable and untrackable ads, according to undercover expose 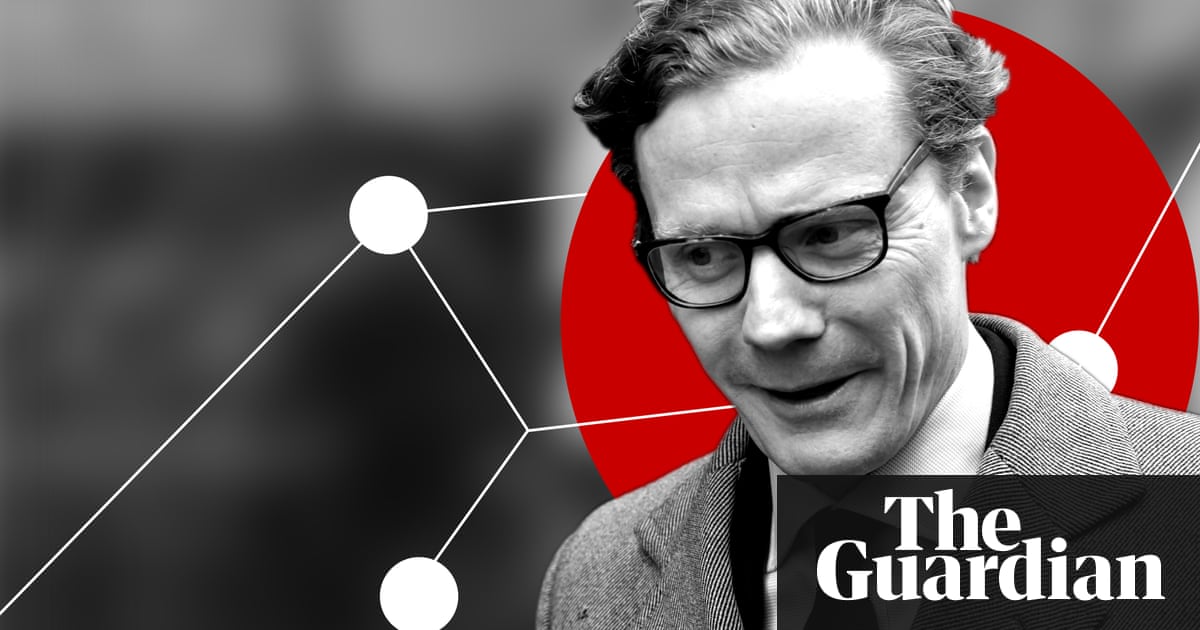 Senior executives from the firm at the heart of Facebook’s data breach boasted of playing a key role in bringing Donald Trump to power and said they used “unattributable and untrackable” advertising to support their clients in elections, according to an undercover expose.

In secretly recorded conversations, Cambridge Analytica’s CEO, Alexander Nix, claimed he had met Trump “many times”, while another senior member of staff said the firm was behind the “defeat crooked Hillary” advertising campaign.

“We just put information into the bloodstream of the internet and then watch it grow, give it a little push every now and again over time to watch it take shape,” said the executive. “And so this stuff infiltrates the online community, but with no branding, so it’s unattributable, untrackable.”

Caught on camera by an undercover team from Channel 4 News, Nix was also dismissive of Democrats on the House intelligence committee, who had questioned him over Russian meddling in the 2016 campaign.

Senior managers then appeared to suggest that in their work for US clients, there was planned division of work between official campaigns and unaffiliated “political action groups”.

That could be considered coordination – which is not allowed under US election law. The firm has denied any wrongdoing.

Cambridge Analytica said it had a firewall policy in place, signed by all staff and strictly enforced.

The disclosures are the latest to hit Cambridge Analytica, which has been under mounting pressure since Sunday, when the Observer reported the company had unauthorised access to tens of millions of Facebook profiles – and used them to build a political targeting system.

In Tuesday’s second instalment of an undercover investigation by Channel 4 News in association with the Observer, Nix said he had a close working relationship with Trump and claimed Cambridge Analytica was pivotal to his successful campaign.

The company’s head of data, Alex Tayler, added: “When you think about the fact that Donald Trump lost the popular vote by 3m votes but won the electoral college vote that’s down to the data and the research.

“You did your rallies in the right locations, you moved more people out in those key swing states on election day. That’s how he won the election.”

Another executive, Mark Turnbull, managing director of Cambridge Analytica’s political division, was recorded saying: “He won by 40,000 votes in three states. The margins were tiny.”

Turnbull took credit for one of the most well known and controversial campaigns of the last presidential campaign, organised by the political action group Make America Number 1.

“The brand was ‘Defeat Crooked Hillary’. You’ll remember this of course?” he told the undercover reporter. “The zeros, the OO of crooked were a pair of handcuffs … We made hundreds of different kinds of creative, and we put it online.”

Turnbull said the company sometimes used “proxy organisations”, including charities and activist groups, to help disseminate the messages – and keep the company’s involvement in the background.

When the undercover reporter expressed worries that American authorities might seize on details of a dirty campaign, Nix said the US had no jurisdiction over Cambridge Analytica, even though the company is American and is registered in Delaware.

“I’m absolutely convinced that they have no jurisdiction,” he told the purported client. “So if US authorities came asking for information, they would simply refuse to collaborate. “We’ll say: none of your business.”

Turnbull added. “We don’t talk about our clients.”

Speaking to Channel 4 News before seeing the undercover film, Hillary Clinton said: “There was a new kind of campaign that was being run on the other side, that nobody had ever faced before. Because it wasn’t just all about me. It was about how to suppress voters who were inclined to vote for me … when you have a massive propaganda effort to prevent people from thinking straight, because they’re being flooded with false information.”

In the report, Nix also implied that it was possible to mislead authorities by omission, discussing his appearance in front of the House intelligence committee, for its inquiry into possible Russian election meddling.

The Republicans only asked three questions, which took five minutes, he told the reporter. And while the Democrats spent two hours questioning him, he claimed they were so far out of their depths that he didn’t mind responding.

“We have no secrets. They’re politicians, they’re not technical. They don’t understand how it works,” he said, when asked about whether he was forced to testify.

He went on to describe how political candidates are manipulated.

“They don’t understand because the candidate never, is never involved. He’s told what to do by the campaign team.” The reporter asks if that means the candidate is just a puppet, and Nix replies simply: “Always.”

In another exchange, Tayler describes an apparently planned division of spending on the campaign trail, with the candidate organising “positive” messages, with negative attack ads left to the super Pacs, which may engage in unlimited political spending independently of the campaigns.

“As part of it, sometimes you have to separate it from the political campaign itself … campaigns are normally subject to limits about how much money they can raise. Whereas outside groups can raise an unlimited amount.”

“So the campaign will use their finite resources for things like persuasion and mobilisation and then they leave the ‘air war’ they call it, like the negative attack ads to other affiliated groups.”

This raises questions over whether Cambridge Analytica blurred the boundaries between official campaign groups, which have spending limits, and unaffiliated political action groups or super Pacs.

The latter can spend as much as they want but must not coordinate with the candidate they support.

The Campaign Legal Center has accused Cambridge Analytica over allegations of illegal coordination of this nature.

It has filed evidence with the FEC alleging that the super Pac Make America Number 1 made illegal contributions to Trump’s campaign, “engaging in unlawful coordinated spending by using the common vendor Cambridge Analytica”.

Cambridge Analytica said it had never claimed to have won the election for Donald Trump.

“This is patently absurd. We are proud of the work we did on that campaign, and have spoken in many public forums about what we consider to be our contribution to the campaign.”

It said there was no evidence of coordination between the Make America Number 1 super Pac and the Trump campaign. The company said it was not under investigation.

It has accused the Channel 4 News undercover investigation of grossly misrepresenting how the company conducts its business.

However, speaking to the BBC on Monday, Nix said he had “huge amounts of regret that we undertook this meeting and spoke with a certain amount of hyperbole”.

On Tuesday the website Politico reported that Trump’s 2020 campaign was moving to distance itself from Cambridge Analytica. A campaign official told Politico it had no existing contracts with the firm and no plans to hire it in the future.