The singers ex-boyfriend has been tweeting furiously. How did things turn bad so swiftly? 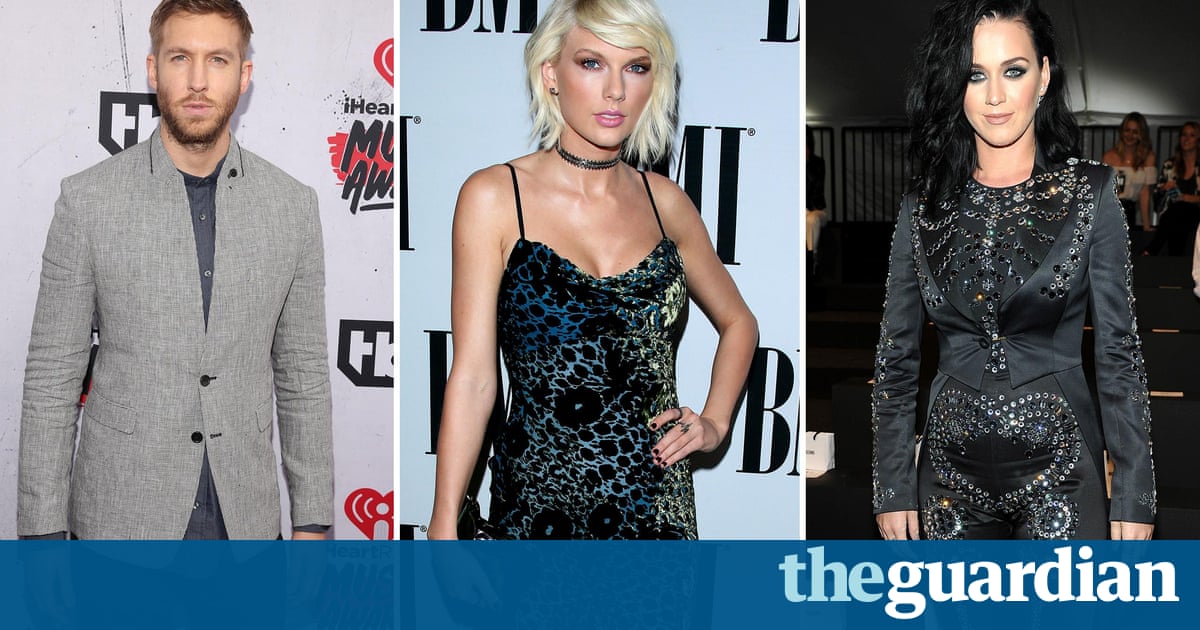 Lost in Showbiz is in utter shock. Not only has Jennifer Aniston killed off our favourite celebrity Eyeore, Poor Jen, but Taylor Swifts public persona (damsel in distress who probably speaks in a baby voice) is melting before our eyes. After the sneaking suspicion that her relationship with Tom Hiddleston has been storyboarded on the lot of The Truman Show, the slow revelation of Swift as an arch manipulator who probably cackles and twiddles a comedy moustache has continued.

Calvin Harris (the male half of former portmanteau Talvin, also a DJ) has been tweeting furiously, and you know that never ends well. Swifts People (who, in recognition of their tireless work spelling out every nuance of Swifts life in achingly plain-speaking detail, get a much deserved capital-lettered title) let slip that she secretly co-wrote his single with Rihanna, This Is What You Came For. At the time, Harris told an interviewer that, despite sharing very real, Instagram-certifiable l.o.v.e with Swift, he would never, like, actually work with her. According to Swifts People, that was the final straw. Harris, who may have smoked his non-disclosure act, wrote: Hurtful to me at this point that her and her team would go so far out of their way to make ME look bad at this stage though … I figure if youre happy in your new relationship you should focus on that instead of trying to tear your ex bf down for something to do.

So far, so stage 5 (anger) of a breakup. But then it gets interesting. I know youre off tour and you need someone new to try and bury like Katy ETC but Im not that guy, sorry. I wont allow it. Wait, is Calvin saying that Swift enjoys playing with people (ETC!) as if they are human chess pieces? More importantly, is he pointing to the fact that Katy Perry (Katy Perry!) was the Cassandra in this whole ruddy mess when she tweeted Watch out for the Regina George in sheeps clothing last year, when the song Swift buried her with (Bad Blood) was released? Hard to take in, I know.

The bigger question: when did Swift make the leap from bland like a slice of buttered bread with a glass of room-temperature water bland to the biggest mean girl since Sarah Vine circa two weeks ago? Let us piece together the moments like a modern-day Jessica Fletcher. Or at least a harangued associate producer of Big Brother hastily compiling the VT for an exiting contestants best bits.

Perhaps it was the moment that Miss Congeniality mistook Nicki Minajs critique of the MTV awards racial and body politics as a personal slight against her? Or maybe it was the moment her outrage over the lyrics in Kanye Wests Famous (I think me and Taylor might still have sex) was rendered less than innocent when Kim Kardashian claimed Swift had actually OKed the lyrics months before it was released? By the time the very special episode of Dawsons Creek her relationship with Tom Hiddleston had begun and she was dressing like every girl in Camden in 2011, she had already turned.

We must direct ourselves once again to our current (as of a minute ago) soothsayer Katy Perry on Twitter. Time, the ultimate truth teller. Namaste Katy, namaste.