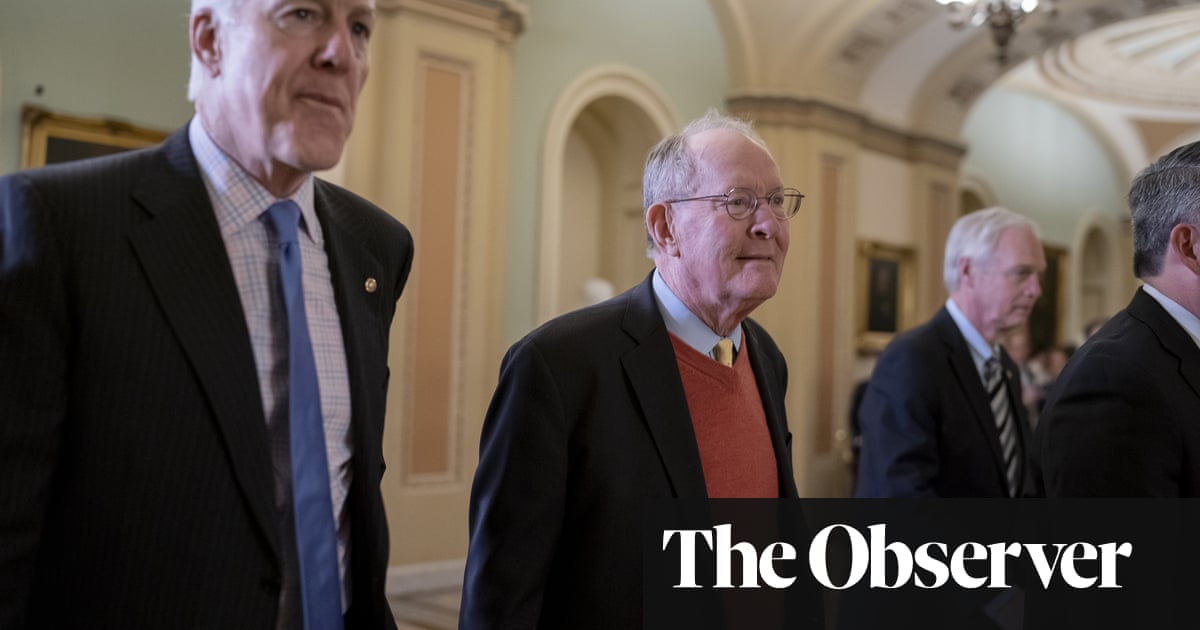 The Senate chaplain, Barry Black, an African American rear admiral looking out on an overwhelmingly white chamber, opened the day’s session with the words: “Lord help them to remember that they can’t ignore you and get away with it. For we always reap what we sow.”

The prayer was greeted by silence but followed by the shared murmuring of the oath of allegiance, ending with the senators promising “..and justice for all”.

That was arguably not quite how things worked out in the Senate on Friday, when the chamber voted to stage the country’s first impeachment trial without hearing witnesses.

It turns out the Senate has overseen 15 previous impeachments – of judges mostly, but also a senator, a supreme court justice, a secretary of war, and of course two earlier presidents: Andrew Johnson and Bill Clinton. In all those trials, an average of 33 witnesses were called. The trial of Donald J Trump will summon none.

Monica Lewinsky, the intern who was the star witness in the 1999, took to Twitter to observe ruefully: “Gee, too bad I had to give that videoed witness testimony for the senate trial in the Clinton impeachment.”

Adam Schiff, the California congressman who has been the lead prosecutor in Trump’s impeachment, said the vote would mean that the president “has a God-given right to abuse his power and there’s nothing you can do about it. God help us if that argument succeeds.”

The argument succeeded. The 51-49 vote had been all but certain since 11pm the previous night, when the wobbliest Republican waverer, Lamar Alexander of Tennessee, announced which way he would vote, by tweet.

He conceded that the Democrats had proven their case that Donald Trump had used his office to try to bully Ukraine into investigating the president’s political opponents. But Lamar explained while this was “inappropriate”, it was not an impeachable high crime or misdemeanour. So why drag out impeachment?

On Friday morning the New York Times reported that John Bolton, the president’s former national security adviser, had described a damning scene in his forthcoming memoir in which the president directly ordered him to commit the act at the heart of the impeachment case.

Trump told Bolton to call the new Ukrainian president, Volodymyr Zelenskiy, and tell him to meet Trump’s lawyer and fixer, Rudy Giuliani, with the aim of arranging investigations into the former vice-president Joe Biden and his son Hunter.

It appeared to be the smoking gun the president’s lawyers had long claimed did not exist. The Republican response was, in effect, that the president had every right to a recently fired weapon.

It was plainly evident from the start of the day that evidence was unlikely to play a major part in the majority’s deliberations. On each Democrat’s wooden desk there was a bulky white binder, detailing the articles of impeachment presented by the House of Representatives. The 53 Republican desks in contrast, were tidy and empty.

In the well of the Senate, the tables used in Clinton’s impeachment had been dusted off and laid out for Schiff and the other Democrat managers, or prosecutors to make their case for witnesses. On the other side, the president’s lawyers, sprung up to offer an array of counter-arguments.

The lead counsel, Jay Sekulow, recited out a list of witnesses he would like to call, very slowly and deliberately, to emphasise what a boring experience it would be for all involved.

In front of each speaker, a succession of stenographers stood tapping away at a machine, as if setting their words to music.

When the vote came, the outcome was prosaic and expected, and the chamber adjourned for dinner and put off a final vote on Trump’s acquittal until Wednesday. But Friday’s decision ensured next week’s denouement will be largely a display of party loyalty. By any substantive measure, the trial is already over.

After that decision was taken, Trump left the White House without speaking to waiting journalists, on his way to his private resort in Florida, where members pay large amounts to dine and mingle close to the centre of power.

At almost exactly the same time, the president’s closest British ally, Nigel Farage, was celebrating Brexit and it was announced he would be on his way to the US within the month to address the largest gathering of the American right, the Conservative Political Action Conference (Cpac) in Maryland. Mitt Romney, one of only two Republican senators to vote to hear witnesses on Friday, has been disinvited, lest there be any doubt that fealty has now replaced ideology entirely.

The right’s hopes are high that Trump – having shrugged off impeachment – will coast to re-election buoyed by tides that for now, seem to be moving inexorably in his favour.