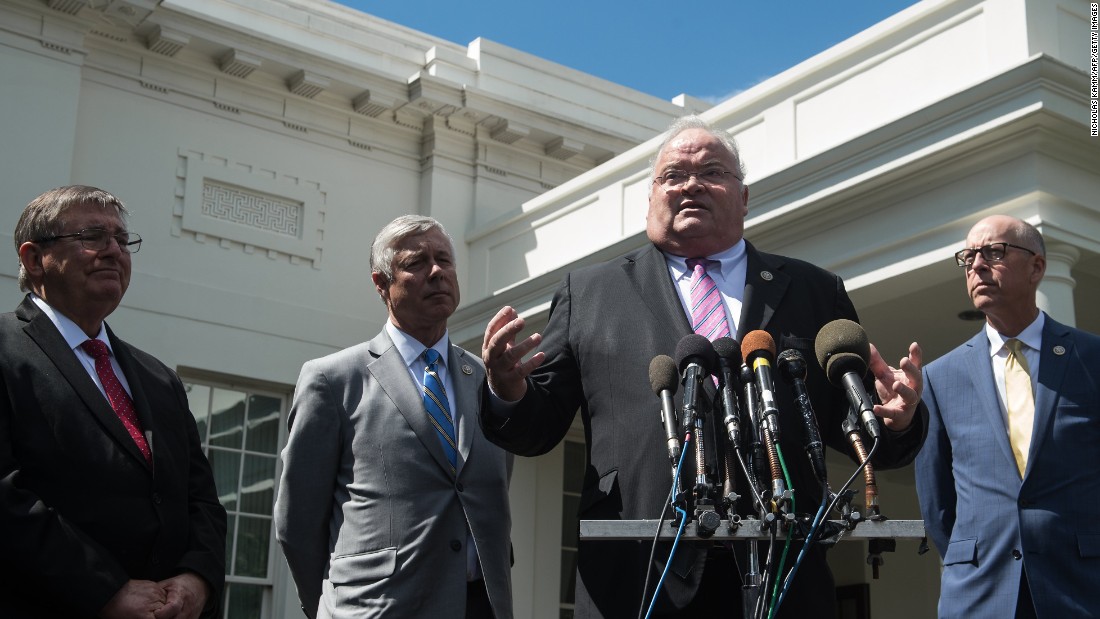 As originally introduced in March, the bill would leave 24 million fewer people insured by 2026 than under Obamacare, the nonpartisan Congressional Budget Office said. The legislation has been altered since then, but the CBO will not release a new report before Thursday’s House vote on the legislation.
“The CBO coverage numbers were, to say the least, disappointing,” the Texas Republican Rep. Michael Burgess told CNN’s Chris Cuomo Thursday on “New Day.” But, he added, “I disagree with the derivation of some of the numbers. I don’t think they accurately predicted human behavior.”
The House is voting Thursday on the Republican bill to repeal and replace Obamacare, setting up a dramatic moment that could give President Donald Trump the significant legislative victory he’s been seeking. Some governors have expressed concerns about the current iteration of the bill leading to Medicaid funding being cut, thus forcing states to drop coverage for some people.
“The governors have asked us for flexibility,” Burgess said.
“Not less money,” Cuomo replied.
“Well, the governors have asked for the ability to do a block grant or per capita cap or keep existing (federal assistance percentages). They will have the ability to make decisions going forward,” Burgess said.
The conservative lawmaker pushed back on the suggestion that Republicans’ goal is to cut funds that would alter people’s coverage to be used in the future for tax cuts.
“How about we want the money to be spent efficiently in the interest of the constituents and patients. And I believe that’s what this bill does accomplish,” Burgess said.
The lawmaker said the Medicaid funding under the Affordable Care Act would continue for “at least two years” under the House GOP plan.
“Is every dollar spent on the Medicaid side spent efficiently to the betterment of patient care?” he asked. “I worked as a physician for 25 years. And I can tell you the answer to that question.”
It was unclear if House Republicans had the necessary 216 votes to pass the bill Thursday morning. Asked about the bill’s chances, Burgess acknowledged that he wasn’t on the whip team but offered an optimistic prediction.
“I don’t think the vote would come today unless it was going to pass,” he said.