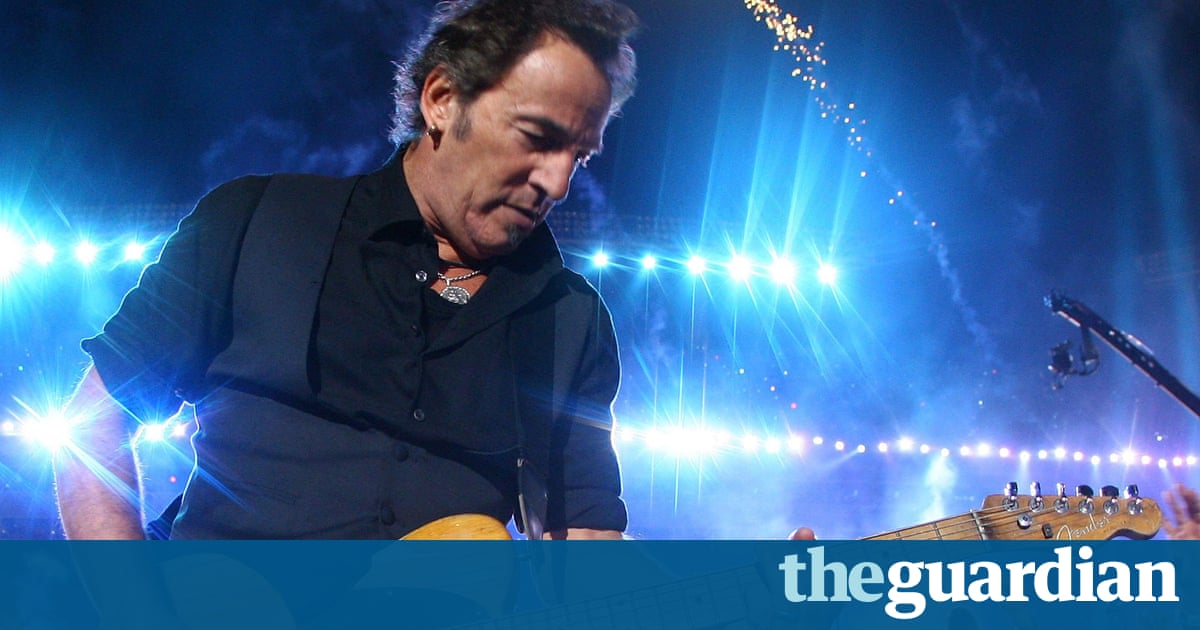 In 2012, Bruce Springsteen released Wrecking Ball, an album groaning with grim tales of able-bodied men who cant get jobs, money lenders who suck small towns dry and monuments torn down without regard to history or sentiment.

At the time, it seemed an apt reflection of the lingering American recession. Now, it has come to light, it also reflected something personal.

In a new interview with Vanity Fair, held to promote his upcoming autobiography Born to Run, the 66-year-old star talked about his lifelong wrestle with depression, a condition which took a particularly difficult turn when he was creating Wrecking Ball. Springsteen said that his wife Patti Scialfa likened his experience to a freight train bearing down, loaded with nitroglycerin, and running quickly out of track.

Apparently, one song on the album, This Depression, couldnt have been more literal-minded about its title. Like many of the songs on the set, its an aural slog, larded with instrumentation and fogged by dense production. I admit I didnt like the track very much when it came out. But I listened again when I read Springsteens quotes and I heard something new. His candor led me through the cloud of the music to hear his experience. Amid the murk of the arrangement, I could sense a feeling of emotional ruin lurking there, searching for an avenue of expression. It clarified the song, without making it seem cut-off or self-involved.

Thats not the way these things are supposed to work. Backstories arent meant to matter when judging a song. Trust the art, not the artist, were told. And, normally, thats good advice. Shakespeare didnt have to kill anyone to write Macbeth, just as a young Bob Dylan didnt have to go off to war in order to protest it. All an artist needs is imagination, empathy and a mountain of skill. Springsteen long ago proved he has all those talents. Otherwise he would not have been able to record so many convincing tales of poor and struggling people decades after achieving fantastic wealth and success.

At the same time, knowing that an artists real life dovetails with the story they tell adds a type of meaning flights of fancy cant. Thats particularly true with pop stars. All of us enjoy conflating elements of their real life with their mythology. We freely mix, say, Jay Zs rough upbringing in Brooklyns Marcy projects with his later persona as the godlike Hova. Something similar happens with the love songs of Joni Mitchell. Many of them, we know, have addressed relationships with specific famous men, lending them a particular frisson. Yet that never hobbles their use as relatable meditations on the nature of love itself.

In Springsteens case, the mix of reality and myth doesnt only reflect his recent depression. Long ago, he aestheticized one of the pivotal relationships in his life in one of his greatest works. Every fan knows that 1987s Tunnel of Love dealt with the disillusion of Springsteens first marriage to Julianne Phillips. In song after song, he came up against the limitations of his fantasy about what constitutes love. The songs he wrote as a result rate as classics because they address the subject in a way anyone can relate to. But knowing that the artist was writing about something as he was going through awards it an extra level of resonance.

The revelation in Springsteens new book that his depression has led him to seek psychiatric help for the last 30 years also has a fascinating relationship to his role as an American symbol. For decades, Springsteen has used classic iconography to present himself as a paragon of American manhood, from his use of the flag to his devotion to motorcycles, white t-shirts and jeans. Yet he has never represented the stoic old view of masculinity. John Wayne he is not. Instead, he has always let his emotions and vulnerabilities show.

As a result, Springsteens increasing willingness to talk about his depression extends the evolution of our notion of American manhood. And that makes his openness especially helpful to others afflicted. The fact that he has suffered so profoundly while experiencing some of the greatest acclaim of anyone on the planet can also educate. It proves how resistant this virus can be to positive intervention. Together, all this blurs the line between artist, symbol and man in the best possible way. It adds a new layer to Springsteens work, while taking nothing away from what the songs mean to anyone who needs to make them their own.