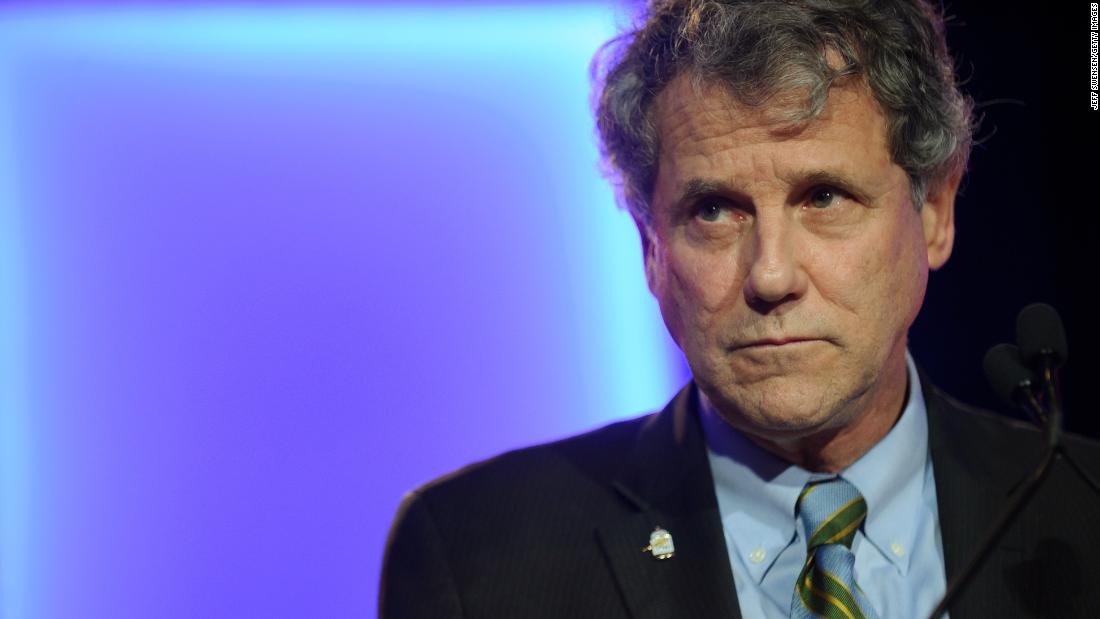 Brown noted that newly inaugurated Mexican President Andrés Manuel López Obrador “is more pro-worker” than his predecessor, who along with the Trump administration and Canada, announced an agreement earlier this year on a replacement for NAFTA, dubbed the United States-Mexico-Canada Agreement.
Brown, a critic of NAFTA, said he wanted the new agreement to have stronger labor standards and protections against outsourcing.
Trump, Canadian Prime Minister Justin Trudeau and just-departed Mexican President Enrique Peña Nieto signed the NAFTA replacement at a ceremony during the recernt G20 summit.
Aboard Air Force One after the G20, Trump told reporters he would be “formally terminating NAFTA shortly” and sending the USMCA to Congress for approval.
“Congress will have a choice of the USMCA or pre-NAFTA,” Trump said.
In Sunday’s interview, Brown dismissed Trump’s ultimatum, insisting a deal more to his liking could still be reached.
“We’ve got to do this right,” he said. “The President’s threats are not particularly helpful, not surprisingly, but we need stronger labor enforcement standards.”
Brown is a pro-labor Democrat who recently won re-election in a state Trump carried in 2016, and since his re-election, he has not written off the possibility he will challenge Trump in 2020. He told CNN on Sunday that he still did not know whether he would run, but made the case that his message would be a strong one nationwide.
“It’s the respect and dignity of work matters for this country,” he said. “And both parties, frankly, have not paid — neither party has paid enough attention to that.”