Once a cult web hit, Ilana Glazer and Abbi Jacobsons series is now the funniest show on TV. They explain how their bumbling slackers became the women everyone wants to be BFFs with and how Clinton came on board 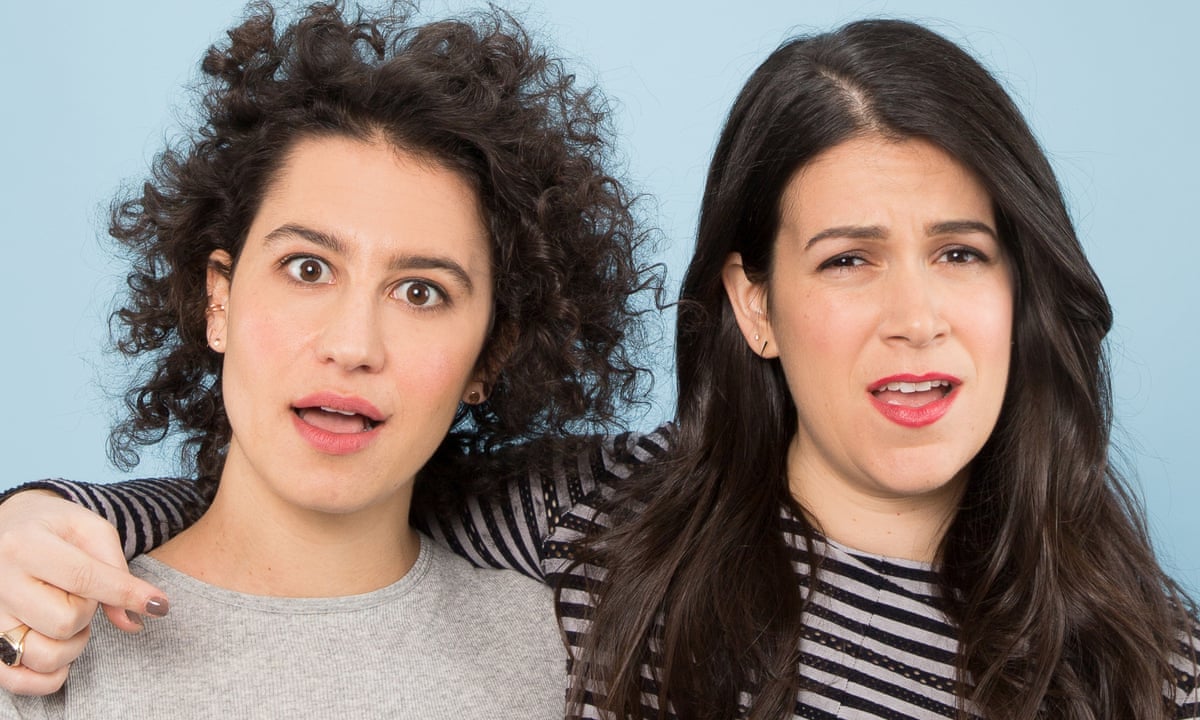 You know youve got a devoted fanbase when theyre willing to get thrown off a plane for you. Last year, Abbi Jacobson and Ilana Glazer creators, writers, producers and stars of Broad City found themselves in the news when a particularly impassioned fan was denied a seat on a flight out of Texas because he refused to take off his Broad Fucking City T-shirt. The story was picked up by Glenn Becks libertarian website TheBlaze, of all places, before going viral (and earning Glazers tweeted approval).

Clearly when youre the anointed feminist stoner comedy kweens of the 21st century, its almost impossible to avoid politics. So this year, theyre going all in: theyve got Hillary Clinton. Earlier this year, it was announced that the Democratic party presidential candidate and former first lady would be making a guest appearance on an upcoming episode. The nature of Clintons role hasnt been disclosed, but Jacobson says it was somewhat of a last-minute addition.

It was this very cool thing that went down that we were not even really planning on, she says. We were like: Fuck it, lets just see if she would want to be involved, and she was into it.

No matter your political leanings, the Clinton get is proof of one thing: Broad Fucking City is having a moment. The series follows a pair of hapless yet admirably supportive slacker girlfriends (played by Glazer and Jacobson) as they scrounge together an existence in New York City. They work jobs they hate, have sex with guys they just arent that into and generally make the city their playground, all while smoking a frankly inadvisable amount of weed. Its gone from cult webseries to cult TV show to now about to start its third season Comedy Centrals secret weapon, revitalising the networks often male-dominated image. And, along with the likes of Girls, it proves that theres an appetite for realistic, relatable and lets face it messed-up women leading their own series.

Broad City is not just a funny show. Its a symbol of a certain kind of millennial experience, built out of student debt and cheap weed and Forever 21 bandage dresses and dating apps and open bars and dead-end jobs. Its an antidote to the aspirational celebrity lifestyle blogs and Nicholas Sparks romcoms peddled to the same twentysomething audience; one of the shows main romantic plotlines culminated in an episode about the sexual practice of pegging (Google it, or maybe dont). All this has earned Jacobson and Glazer a quasi-religious loyalty from a generation of fans who feel the pair has brought their experience to TV for the first time. If youve ever brought freezer bags to a fancy cocktail party, you know the kind of catharsis Broad City offers.

The shows impact on that core audience has rippled out, underlined by the increasing wattage of its guest talent. In the second season, Seth Rogen, Patricia Clarkson and US sitcom sweetheart Kelly Ripa all stopped by to hang out and/or get high in Abbi and Ilanas weird, endlessly explorable vision of the Big Apple. That city has expanded, as well: season two ended with the ambitious episode St Marks, a borderline art film which involved incredible choreography on the famously garish East Village street. Its clear that success has afforded them a pretty long leash. We told ourselves to take risks and do something really different, Jacobson says. And impressively, Comedy Central always backs those risks, even if they include, say, an entire episode set around a dog wedding.

In many ways, that experimental approach is a continuation of their beginnings at the Upright Citizens Brigade Theater, New Yorks respected improv and sketch comedy school, where they first met and created their webseries. It was there that Parks And Recreation star Amy Poehler discovered them and became Broad Citys executive producer. But its also where they met many of their collaborators on the show, such as John Gemberling (Abbis infuriating roommate Bevers) and Chris Gethard (Ilanas boss at the Groupon-style Deals Deals Deals).

Theres something weirdly humble about comedy, Glazer says. Its a smaller world and you get to work with your heroes.

People talk about the real life Abbi and Ilana versus the show Abbi and Ilana, mostly to point out how improbable it would be for the perpetually fried, flailing heroines of Broad City to helm a successful cable comedy series for five seasons (the show was renewed for a fourth and fifth season last month). But they still write about half of the episodes and steer the ship at every stage of production. Even as an adult who is fully aware that TV is not real, though, it is bizarre to hear the two talk with such intensity about their production process.

I think my whole being changes, says Glazer. In writing, everybodys tense, and Im always measuring my self-worth harshly I get really obsessed. Each phase does bring a different mood.

But Ilana, I dont feel like our relationship changes, Jacobson insists. The way we work. Maybe it does a little, just because were both feeling differently. But for the most part I feel like were always on the same level throughout the whole thing.

Its rare to find total brain-sync in a working partnership but Jacobson and Glazers friendship defines Broad City, both on-screen and off. Watch the show for the first time and youll recognise that dynamic immediately: Ilana is the outsized, world-devouring raw nerve, the initiator. Abbi is more self-conscious, perhaps even more starry-eyed; her willingness to get roped into the most ill-advised situations generating a huge amount of the shows comedy. (Jacobsons knack for rag-doll physical pratfalls really made itself known in the second season when she drank a weed-laced smoothie and laid waste to a Whole Foods Market.) They are never rivals, they rarely fight, but instead egg each other on until they eventually careen over a cliff. The positivity of their friendship doesnt just make for feel-good viewing, it also comes off as more realistic and lived-in than a pair of sniping frenemies would.

But three seasons on, theres also been some evolution to take into account. Three, in comedy, makes a pattern, Glazer says. Were seeing the patterns in the show and starting to step back and see the big picture of the series. Among the things theyve noticed: their lives look very different than they did when Broad City was first picked up. Were getting further from these characters who dont know what to do with their lives, she says. We are starting to really have real discussions as though [Abbi and Ilana] are our children or something. How far can these characters go? How much they can progress and still be the show? At the outset, Abbi and Ilana were exaggerations of their creators; now theyre like alternate selves in a parallel universe where the TV deals and accolades never came. [On] some shows, people change and you chart bigger changes and thats the point of the show, Glazer continues. Some shows, like Seinfeld, there is no change and its hilarious. I think were going to be somewhere in the middle.

The two-season renewal has made these questions even more real. [Broad City] has a life span, and we would never want to go past that, if that makes sense, adds Jacobson. As soon as we start to write the fourth season, we might have to really think about that. Its first going to be about whats best for the story of these characters. And then, of course, independently and together, we both have all these other projects to want to work on, over the course of our careers.

One of those projects is already well under way: Glazer is filming Time Traveling Bong, a miniseries about (guess!) a time-travelling bong, which will premiere on Comedy Central on 20 April. The three-episode show, which Glazer is producing, directing and starring in, feels, unbelievably, like more of a lark than her other series, and suggests how easily Glazer and Jacobson could expand their empire.

In the meantime, Broad City is about to roll into its third season, but dont be surprised if things start to look a little less desperate for Abbi and Ilana. In the second episode, for example, Abbi spends all morning waiting in line for a hyped cronut-like pastry. That is totally aspirational and its such a cheap way to feel like you have money, says Glazer of the scene. Which I guess is rich in itself. You have a fucking day? You have a whole morning?

But queuing up for a meaningless foodstuffs is a total Abbi move, and thats why its funny; some things will never change about these characters.

Abbis still a dreamer. Shell always be a dreamer. Ilanas always going to be a lover, Jacobson says. No matter what details change about their lives, theres still that same heart They produce that same vibe together.